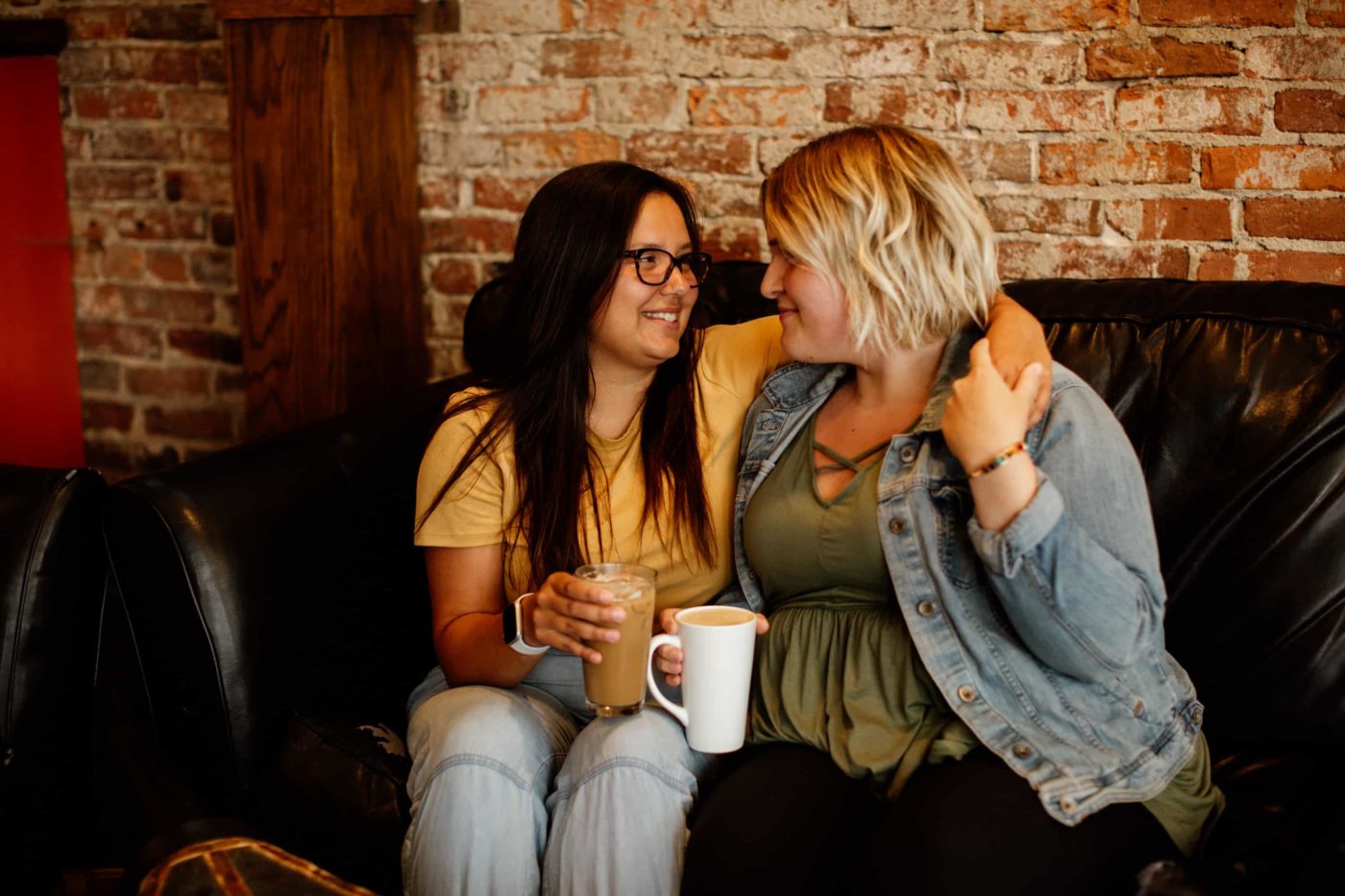 They were just teens when they met and even though neither of them was entirely out at the time – it’s been a rollercoaster of love since.

Tell us how your love story started.

B: Abbey and I met in Pekin, Illinois, at a Gold’s Gym. Abbey had worked there for a few years, but I had just started in April 2015. That June, I was at the gym working out when the janitor, who was a good friend of the both of us, said that he thought Abbey was gay. At this time, Abbey had just turned 18, and I was 19, so neither of us was out of the closet.

I’m not a super outgoing person to people I don’t know, and I don’t really like making small talk, but, for some reason, I decided to go talk to her for a little bit before our work meeting was supposed to start. We talked back and forth, had our work meeting, and then I asked her if she wanted to get food after. We talked the whole drive there, several hours through dinner, and the drive all the way back to the gym.

Our conversation was so natural and easy, and I remember thinking that this was the woman that I would marry.

Abbey and I have been through a lot of hardships throughout our relationship, but our biggest challenge, rather than being a singular event, would be overcoming self-reliance. We are both extremely independent, and communication and being open and vulnerable was a hard feat to master.

It took time and effort for us to get to that level of interwovenness.

B: My favorite thing about Abbey is her patience and kindness, which kind of go hand in hand. Abbey has been through a lot of hard times in her life, but she always remained the kindest and loving person that I’ve ever met. She extends that kindness to everyone she meets, even if that person has hurt her before.

This has taught me a lot about letting go of anger and resentment.

Because she lets those feelings go, she is able to be patient in everything she does. She almost never lashes out in anger, and she is the first person to give someone the benefit of the doubt.

A: There are so many reasons why Breanna is my favorite, and it is difficult to choose just one. She is the strongest and most hardworking person I know. When she puts her mind to something, she is going to do it, and there is no question about it. She is always there for everyone and I know that she is always one call away. She could weather any storm and conquer any obstacle on her own; I’m just glad I get to be the person cheering her on forever.

B: Abbey will be receiving her Bachelor’s Degree in Elementary Education in December to become a teacher. In the future, she would like to get a Masters Degree in Administration and be a Principal. I am working on my Bachelor’s Degree in Political Science with a minor in Sociology. I will graduate in the Spring of 2021, and then I would like to pursue an advanced degree or a law degree; I’m on the fence about which I’d prefer.

We both have academic goals but when we are settled, we would love to grow our family. Together we have two dogs, Scout and Bernie, but can’t wait until it is the right time for us to raise a child together. We want to be in a place that we can provide for our children without worry, something that we both have experienced as children and see in our own lives.