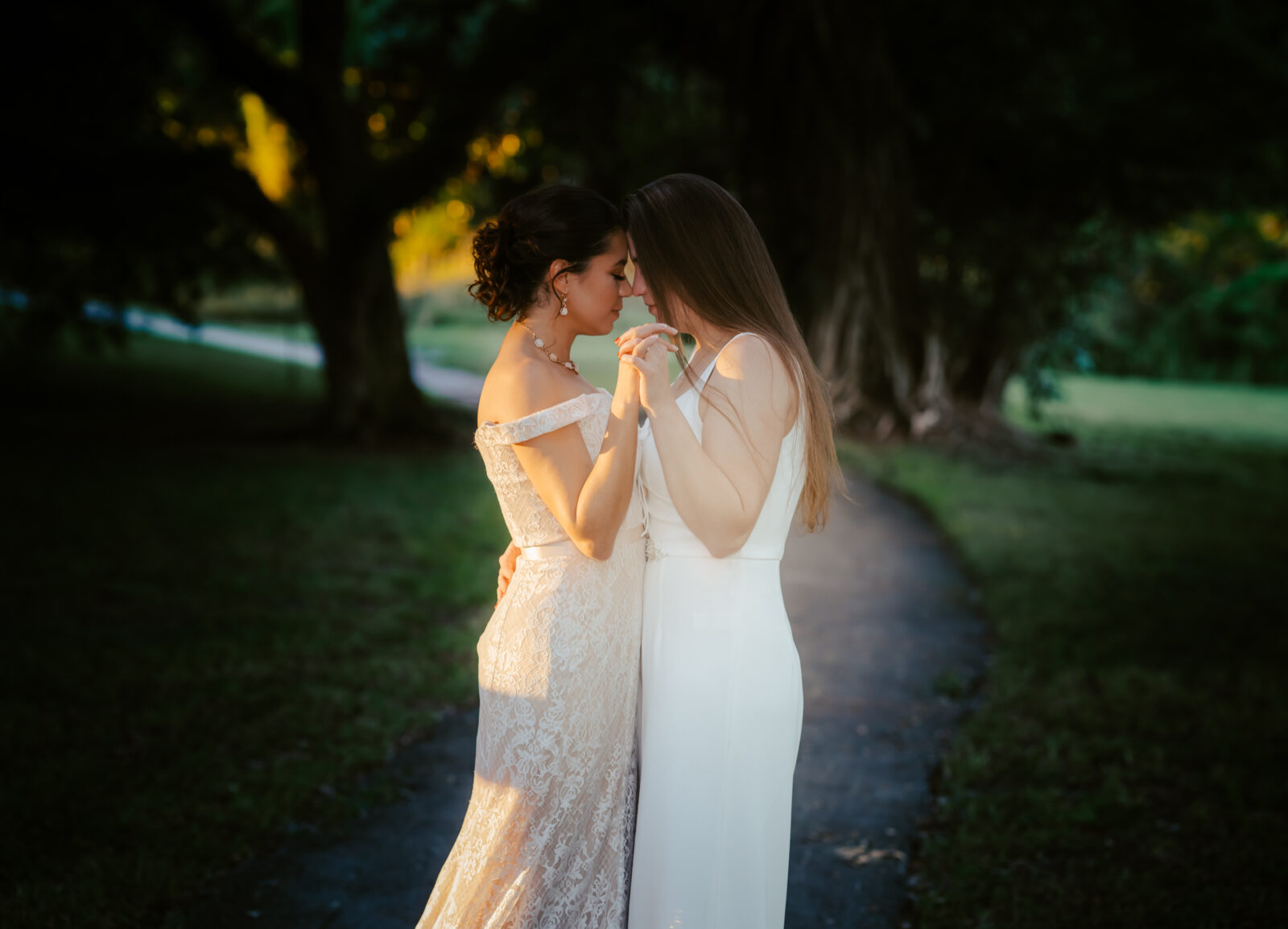 Lourdes and I met on Bumble during Covid. We met the same day that Nasa had a launch on cape Canaveral.

After our first date, her friends dropped her off where I was so that we could meet and go to the beach and walk and talk for hours until it was time to go. Little did we know that the area of Miami (Brickell) where she lived had a curfew.

I took her home since I didn’t want to leave her alone elsewhere. When she came to my home, she met my roommates who were from Panama just like her (only Panamanians she met in Miami).

That was the start of our love journey.

Soon after, we moved in together and got a puppy (Nico). I proposed to her one year, one month, after we officially were girlfriends and a couple of months after she proposed.

We got married on November 7th 2021. And, finally, we just moved to Mexico.

We hope to have lots of new experiences and adventures together as wives.