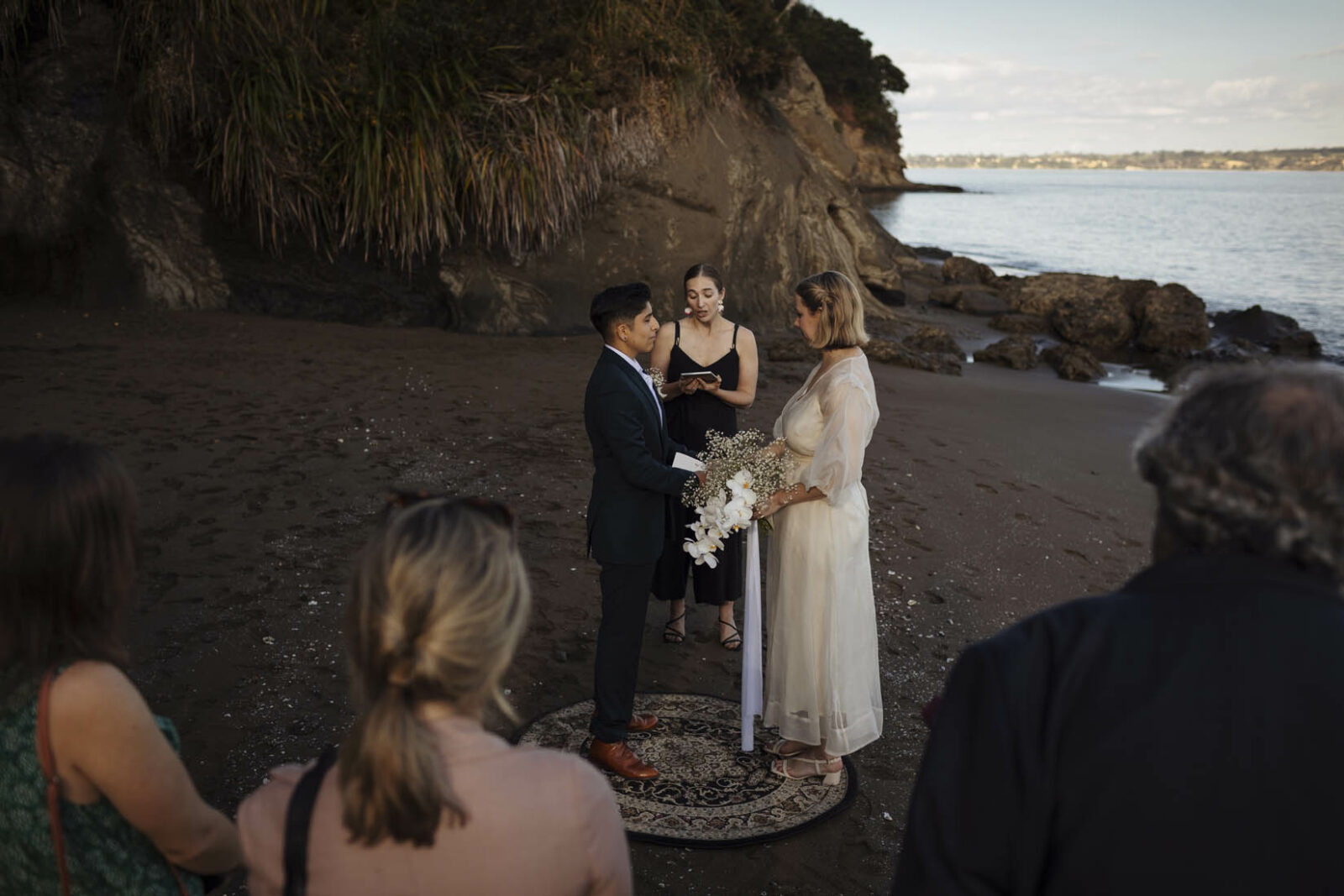 We met at a rooftop bar in spring. I noticed their crooked bottom teeth first – and how nervous they were. It was 2019. We both lived in Wellington, New Zealand’s tiny, windy capital city. ‘The personal is political’ was the only text on my Tinder profile when they swiped right.

Alex and I spoke for a long time – around six weeks – before eventually deciding to meet up in person. They were quiet and reserved that afternoon. And I talked a lot. I do this to compensate for an introvert’s shyness, especially when I am nervous myself.

I left our first date after just an hour or so because talking so much is tiring.

Despite running away so soon, Alex says they remember how kind I was. They had never before had a date in their second language – English. It was also a horrible day for them. It was the same day that mass protests over rising living costs, inequality, and Sebastián Piñera’s militant presidency began in Chile late in 2019. There were over a million people protesting in Santiago, where Alex was born and had lived for most of their life. Soon, the military and police would be aiming rubber bullets at people’s eyes – hundreds lost one eye or both – and “disappearing” people, a phenomenon that had a precedent.

Chileans had been here before under Pinochet’s military dictatorship in the seventies and eighties. That first date, when Alex did talk, I listened. And I asked questions.

When we met I had never been to Latin America. I had little knowledge of Spanish, except for what I could glean from my learned fluency in French. So there was a lot we didn’t have in common. And, a lot that surprised me.

I am a white New Zealander. A queer woman who has passed for straight most of her life. They’re shorter than me. They are non-binary. They have several visible tattoos on their arms – now I do too.

None of these things I would have imagined for my life partner given the diet of heteronormative Hollywood rom-coms my younger self consumed.

Thankfully, I was eventually able to imagine more.

Queer dating is liberating and hard. You must come to it as people, as subjects. It requires us to leave assumptions at the door, rejecting any prefixed expectations about the roles we might perform in a partnership or in sex. You must ask questions, show respect, have a willingness to learn, accept what people say they are, and stay humble when you are corrected. You learn to recognize that the person sitting across from you has the same depth as you do – a rich interior life and history. Almost certainly some trauma. You must refuse to see them as a category.

Rebecca Solnit wrote an essay in favour of marriage equality in 2013. She argues that feminists transformed marriage, a hierarchical institution, into a more egalitarian one in the seventies and eighties quoting progress on enforcing laws against domestic violence and marital rape.

Indeed, the institution of marriage is not as hierarchical as it once was. Once, women could not sign a cheque, buy property, open a bank account, and more without her husband’s permission. Legally – she had to take on his name.

Solnit argues that feminist progress towards a more egalitarian institution paved the way for queer couples to unite in marriage: “And feminism made same-sex marriage possible by doing so much to transform a hierarchical relationship into an egalitarian one. Because a marriage between two people of the same gender is inherently egalitarian – one partner may happen to have more power in any number of ways, but for the most part it’s a relationship between people who have equal standing and so are free to define their roles themselves.”

It is the other way around.

Alex and I have different privileges.

In some ways I have more privilege as a cis white woman who is a native English speaker and living in a country where I’m a citizen. When we visit Latin America, some of that power imbalance will shift because I will have very little idea what everyone around me is saying. As I learn and practice Spanish, that dynamic will shift too.
Fairness in a relationship is a joint project. A constant commitment proportional to the privilege you bring to it. Queer relationships, though not all certainly, get to have an ongoing conversation about how they want to construct equality, equity and parity in a relationship. Alex and I talk about this every day. When we bump up against assumptions we argue, and we learn. In this way though, no one person assumes the burden of deconstructing unfair paradigms in the relationship.

We got married in May. It was golden hour at Kaitarakihi Beach in Auckland, New Zealand. Our photographer and celebrant both tested positive for COVID within 24 hours of the ceremony, but we found replacements and it all went smoothly! Most of Alex’s friends and family are in Chile and couldn’t join us in person, but we did an IG live.

The comments section was blowing up for hours afterwards.

After cake and prosecco on the beach, we all went for dinner at Coco’s Cantina, a fun Italian restaurant on Karangahape Road in Auckland, which has an important place in New Zealand’s queer history. We were seated in the charming upstairs private dining room. There are no formal photos of this part of the night. But the food was great and everyone was so relaxed after the earlier formalities. Coco’s took such great care of us. It is such an affirming, happy place for queer couples to go and celebrate anything – weddings, birthdays, Fridays. I am so glad we went with Coco’s!

My dress is off-the-rack from Kamperett based in San Francisco. Our rings are all by Sydney-based Kiwi jeweler Alexandra Dodds. My long art deco earrings too. Flowers are from Rose Tinted in Ponsonby Central – the very very sweet florist was actually a huge lifesaver! She suggested and helped us find a new celebrant at the last minute – the lovely Jane King.

Orchids are a nod to Georgia O’Keefe and lesbian culture. I did my own hair and makeup. Mikayla Bollen was our lovely, last minute photographer.

Alex’s suit was made to measure at Barkers, which provided such enthusiastic and respectful service!

We wanted to do the whole thing on a small budget, because visiting Chile and having a child together in the next few years are much bigger financial priorities for us than a big fancy wedding. Our intimate, low key wedding was ideal. The beautiful Manukau Harbour in autumn before the sun began to set did all of the aesthetic heavy lifting.

Representation and visibility are so important to us and our journeys as queer people. Dancing With Her had been such an important part of our wedding planning, so now we want to submit our story and be part of the diverse and wonderful canon demonstrating what queer joy and love looks like!

Photography by Mikayla Bollen and Edited by Becki Moss