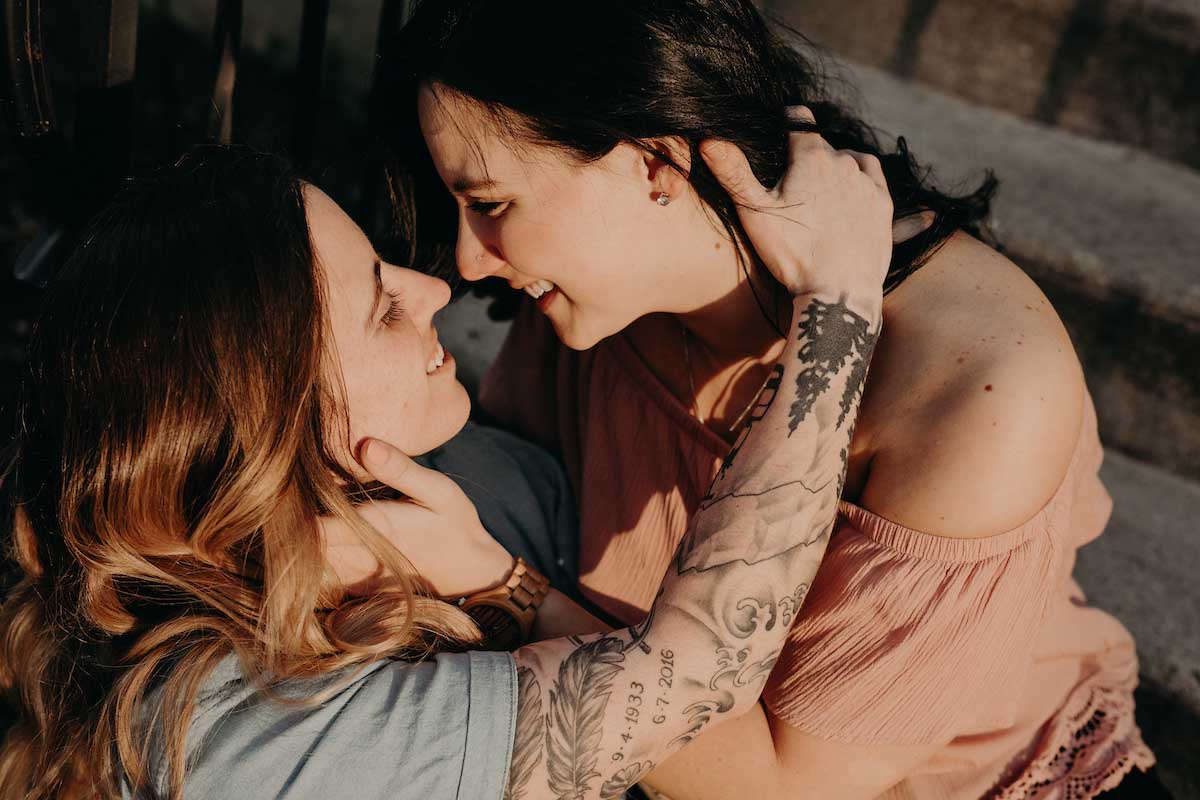 This engagement first appeared in Volume 3 of Dancing With Her Magazine. You can grab a copy of that here.

Alexis had an idea that I was going to buy a ring. But she had no idea when, where, or how I would propose.

She’d always wanted a surprise party, and so, that’s what I decided to give her. I had my best friend set up a table in front of a brewery with a poem I wrote to her, a sign asking her to marry me, and a whole bunch of other decorations. Our friends and family brought food, and Devils Creek Brewery owners not only decorated but also created Alexis and me a beer each that they knew we’d love; banana for her, cotton candy for me.

Alexis thought we were going to dinner, just the two of us. It was nearly my birthday, and it was the perfect cover. We walked in, with our favorite song playing, and she saw the table. I got down on one knee, and after some crying, she said yes.

A few months later, Alexis decided that she wanted to ask me back. So in the middle of a Ron Pope concert, she did just that. She got down on one knee during one of our favorite songs. Ron Pope stopped singing and asked who had just gotten engaged and pulled us up to the front of the stage. Alexis had even organized for fifteen of our closest friends to meet us after the concert to celebrate.

Courtney & Sam – An Elopement in Sedona