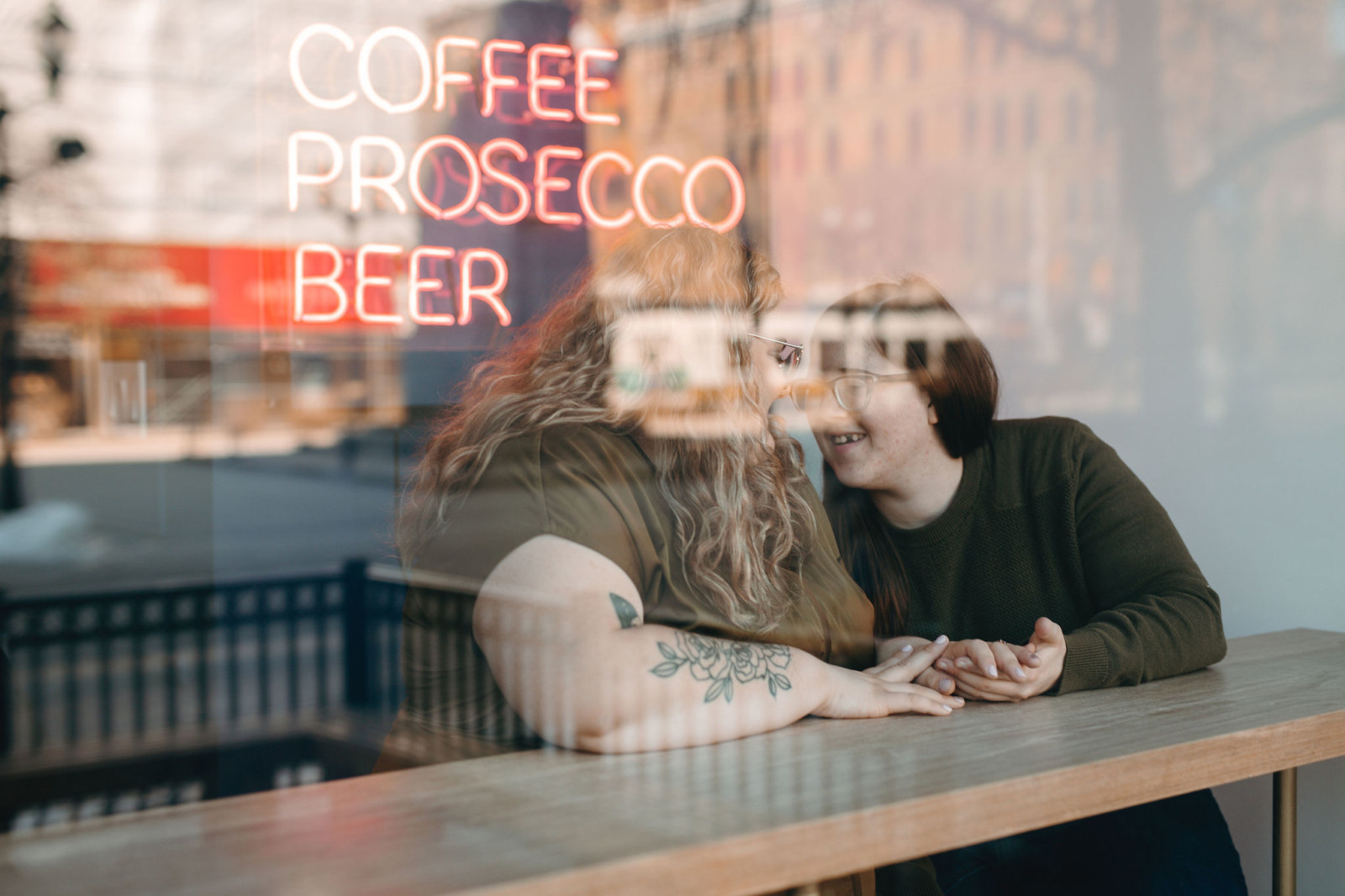 Chenice had no idea that, what she thought was a regular coffee date, would end in with her favorite human asking her to spend her forever with her.

We actually met back in 2013 when we were both in college. At the time, I was living in an apartment with her partner and another friend, when Chenice moved into the extra room. We were good friends for years and realized after six that we just clicked. We’ve been together officially since March 2019.

We had talked about an engagement for a bit, and Chenice kept sending pictures of rings that she liked. She had no idea that I had already bought a ring and made a plan to surprise Chenice with a proposal.

Keeping the secret was really hard because we tell each other literally everything!

I knew that making it a total surprise in a special place was important. I also knew it was important to have photos of the moment.

Leading up to the proposal, I had to find an excuse to go out and plan the proposal. A good friend of ours also knew about the proposal and was tasked with making sure Chenice looked camera-ready the day of – nails especially. It ended up being a challenge to get Chenice to go out for coffee. She had no idea it wasn’t just a regular coffee date we could do at any time!

We actually both have rings from Etsy. Chenice wanted a morganite ring set in rose gold. It turned out to be impossible to find in a traditional jewelry store. After the proposal, Chenice got me a tungsten ring with a bit of rose gold to match.

We’re so excited to be engaged and planning our life together. I’ve always wanted to settle down and get married – Chenice less so until we got together. Nothing has changed between us except now we’re planning a wedding!

Wedding planning is going well, especially considering we’re living through a pandemic. We have a venue, a photographer, and an officiant so far – plus a wedding party of special people to help us. Chenice has even found her perfect dress already!

We’re trying to pick key vendors based on our own aesthetic and a desire to have female-run vendors as part of our wedding. Of course, budget is always a factor, but so far, we feel like we’ve found the perfect fits for our vision.

Our wedding will be at The Lakeview in Hamilton, Ontario. It will be just shy of two years to the day we got engaged and three years of being together.