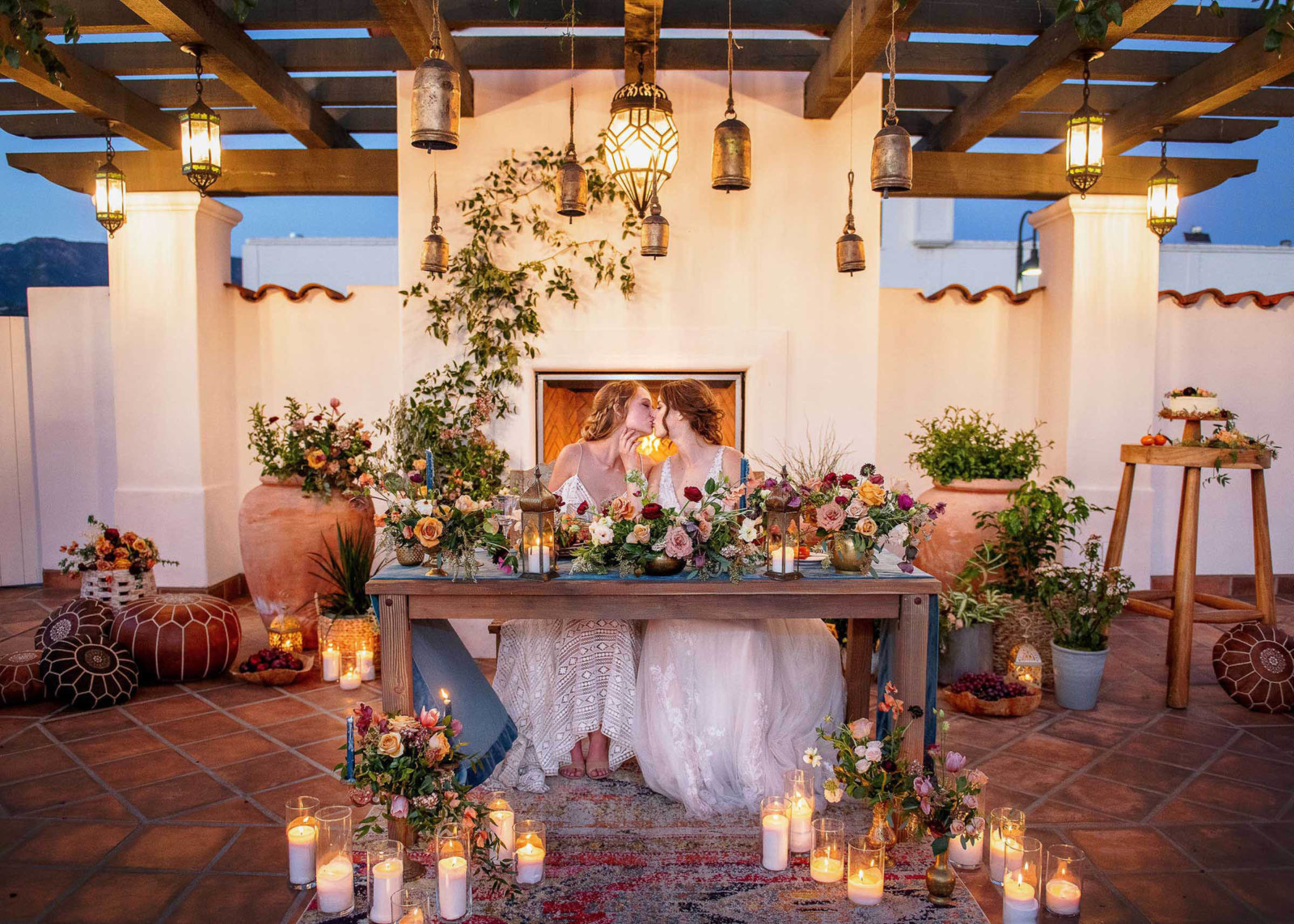 About two years ago, I was visiting my friends in Santa Barbara when I spied my best friend, Elizabeth, through the window of a little green house on the corner of Yannonali Street. She ushered me into the party that was going on inside when I saw the most beautiful woman I had ever seen.

Luckily I had a little bit of liquid courage, so I walked right up to June, and we hit it off immediately. I found out later that June was equally nervous to talk to me, and we had eyes for each other right when I walked in.

When I moved up to Santa Barbara 3 months later, it was a no brainer to get a place together and start our lives as a couple. It has been magical ever since. It has felt like two halves of a whole since day one.

Their wedding day started just the way they wanted, with breakfast and coffee in bed doing the latest crossword puzzle together. From there, they got their hair and makeup done while chatting excitedly about their love story and how they met. They helped each other into their dresses. The tender love and affection they showed for each other as they were blown away by each other’s beauty, was magical to witness and photograph.

Every part of the day was special.

These two wanted photographs all around Hotel Californian’s beautiful grounds, before saying their vows to one another in the most enchanted ceremony setup created by their florist. After saying ‘I Do,’ they celebrated with champagne overlooking the ocean at sunset, taking a little break. At the same time, their planner and florist turned their ceremony into an intimate dinner setting for two. After dinner, they danced their ‘first dance’ and then many dances to follow, and then leaving their vendors behind, they went out on the town to celebrate with their friends and family.

Jess & Robin – An Intimate Elopement With a Handful of Family Members

A Cottage Wedding by the Coast in Maine – Queer Wedding

An Intimate Elopement at Promise Ridge in the Pocono Mountains

An Intimate Backyard Wedding around the Bonfire