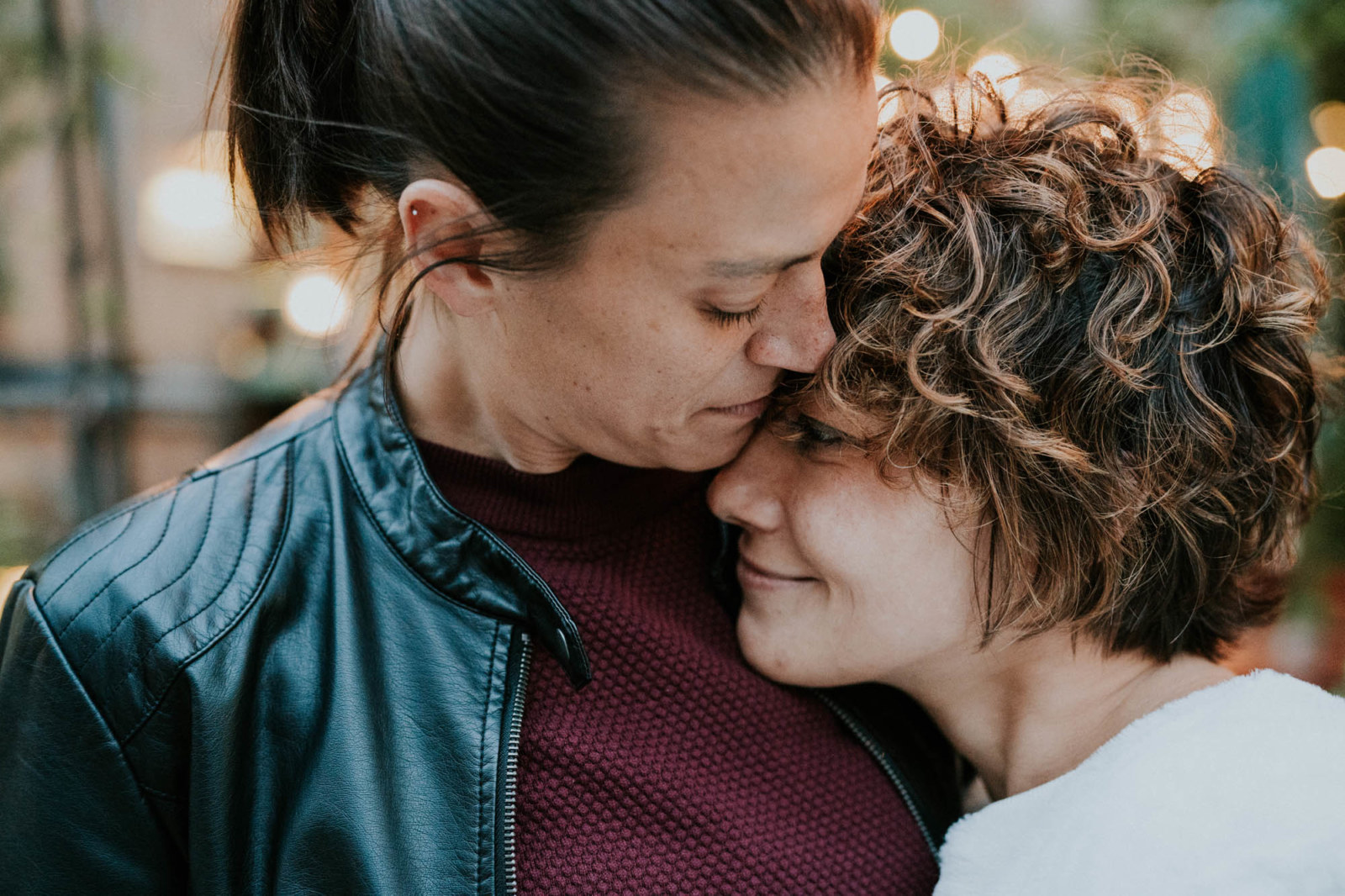 These two Berlin-based entrepreneurs fell for each other, literally. They reconnected at a basketball tournament and have move countries to be together

Tell us a little about yourselves.

M: We are both engineers. We live in Berlin and work for two startups. Hers is about tourism, mine about insuretech. She’s an organized type and I’m the messy part. She’s the rational pessimist, while I’m an irrational optimist.

Together we enjoy exploring the globe, checking out Berlin galleries and events, trying out new restaurants, having picnics with friends, and watching new episodes of ‘Orange is New Black’.

M: Well, I fell on her feet. Literally.

The first time we met, we were in a bar. I was dancing on a slippery floor, slipped and fell. On her feet actually. Then she helped me to get up and after a quick look decided I have to offer her a drink. Which of course I did with big pleasure. But that evening nothing happened. I was in a relationship at that time.

When we met again two years later, on a basketball summer tournament, we started to fall for each other.

She is extremely good at basketball. I’m an amateur. She was just irresistible. At the end of the tournament, we stayed out with other people next to the courtyard. At some point, we left the group for a more private chat.

That was more than 5 years ago. We were students in Italy back then. Now we live together in our super cute flat in Berlin.

A: We tried to pick one but only managed to narrow it down to a bunch.

Our endless drives together, across Europe. Most memorable was in winter with a crazy snowstorm, coming back from NYE in Belgrade. Also, when Maja came and picked me up in Ljubljana after my first solo hitchhiking trip from Trieste to Sarajevo and back.

There are also fond memories of having the best moving squad on the market. Maja drove a van for the very first time in Berlin to pick up furniture in different parts of the city on the day of the biggest bike demonstration in the world – then we carried the furniture to the 5th floor without elevator and assembled it. Girl power!

A: The biggest challenge for us was to deal with the break up with my boyfriend to be with Maja and accepting the fact that I am gay. It was a very thought time for both of us and Maja was there for me all along. I still don’t know how she honestly dealt with me.

What is your favorite thing about one another?

A: Maja’s way to interact with people, she has a special way to connect with everyone, I guess that smile of hers helps. I also love her spontaneity and her craziness, which also drives me crazy sometimes.

M: There are two things I like the most about Anna. First her physical presence; her strong arms, her hugs that are my shelter, her grand and imposing stature and tough look.

The second thing I like the most is also the thing I hate the most. That is her sense of order and the relentless thrive to optimization and efficiency. It is so annoying sometimes, but without it, without her, my life would be a mess.

She is the much-needed lighthouse that paved a path in the stormy sea.

How to Travel Safely as a Lesbian Couple