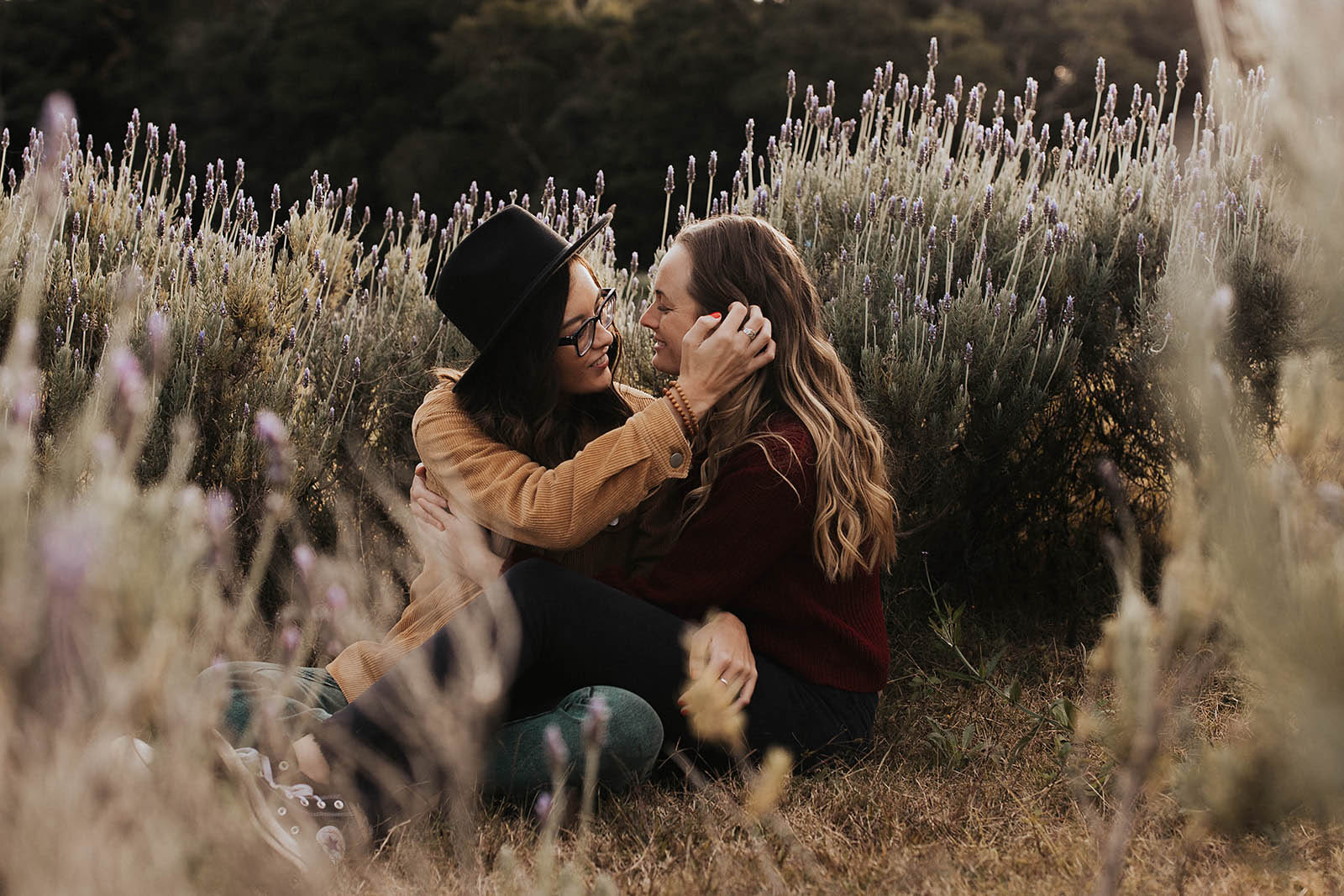 Their story started on the other side of the world to their home town, it was just a coincidence that they grew up just down the road from one other back in Australia.

We first met in London back in 2014. We were from the same area in Australia however, we didn’t meet until we both coincidently moved overseas. A mutual friend put us in touch.

A few months after I’d moved, I had a message from my friend saying she knew someone who had moved to London on her own and didn’t really know anyone. Would I mind if she passed on my contact details to Bec so we could catch up? So we started talking just as friends and met for the first time for London Pride.

We were actually friends for about four months until feelings started to develop.

Our favorite memory would have to be getting engaged. April had been planning it for a while and was secretly squirreling away money out of our shared bank account. She asked me to be her girlfriend in the park at Greenwich overlooking London, and took me back to the same place to ask me to be her wife. Obviously, I said yes.

How magic. Being away from home when you met, how did you decide where to live?

Deciding where to live has been our biggest challenge. We weren’t quite sure where to be after returning from England. We started back in Newcastle, where we both have family and spent a couple of years back in our old jobs and old lives, but it never felt like our place.

We decided to save and travel again in 2018, and keep an open mind as to where we should go when we came back. Brisbane was the best option work-wise for me, but April preferred Melbourne. I think I won the push for Brisbane not because it was the most sensible option, but by repeatedly pointing out that April hates the cold haha.

As it turns out, we both absolutely love Brisbane, and it is home now.

B: I love her thoughtfulness, her subtle actions that speak the most incredible volumes. To the clothes she buys me because she knows I’m hopeless and can’t shop to save myself, to the places she finds for us to eat that just happen to have my favorite things that I rarely get to have.

A: I love that Bec is always so caring towards everyone, both with people and animals.

What does the future hold for April & Bec?

I think this sentence even surprises us, but we are hoping to buy a unit in Brisbane soon. With travel on the back burner for a while, we may also be at risk of a puppy!

A Wedding with Two Queer Aboriginal Women & A Smoking Ceremony

A Modern Disco Wedding at an Adelaide Nightclub