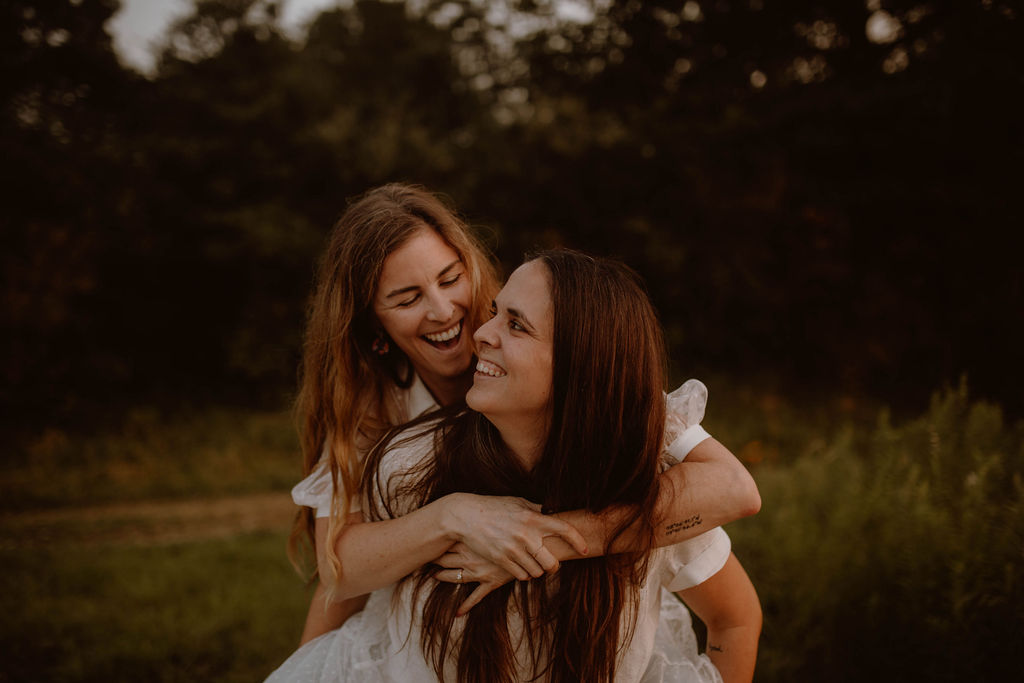 After five years together, Ashley planned a proposal during a European vacation and included the whole family to make it extra special.Here

Tell us about planning the proposal.

It was definitely a secret!

When Ashley learned that her family was planning a European vacation for August 2019, she immediately knew she wanted to propose to Megan on this trip.

Her family loved the idea and started helping Ashley plan the proposal.

In terms of planning, the original thought was to propose in Croatia, which is one of Ashley’s favorite countries in Europe. However, Positano was the first leg of the trip, and once they arrived, nerves got the best of Ashley (and her family), and the plans changed to Positano!

Ashley and her family recruited their amazing Airbnb host Marco to scout out potential proposal locations. After sneaking off to explore a few locations, it became obvious that Ashley would propose to Megan on the patio where they were staying.

It was the most picturesque scene in Positano, so why go anywhere else!

Tell us about the morning of the proposal.

The morning of the proposal, Megan went for a walk with Ashley’s brother-in-law, Brad. On that walk Megan started asking Brad for advice on how to ask her future father-in-law for his blessing to marry Ashley since he had to do that himself just a few years before.

Brad went along with it and pretended to give her advice, all the while knowing Megan would never have to have ‘the talk’ she was so nervous about.

Right after the walk, Brad ran straight to Ashley and said she needed propose that day, fearing Megan would beat her to it and ruin their plans for the secret proposal.

What’s changed since your engagement?

Nothing really changed with our daily life once we got engaged. But it was a very meaningful layer of love and commitment we have for one another.

Photography by Made to be Mine

Courtney & NJ – A Rainy Day Wedding in a Barn