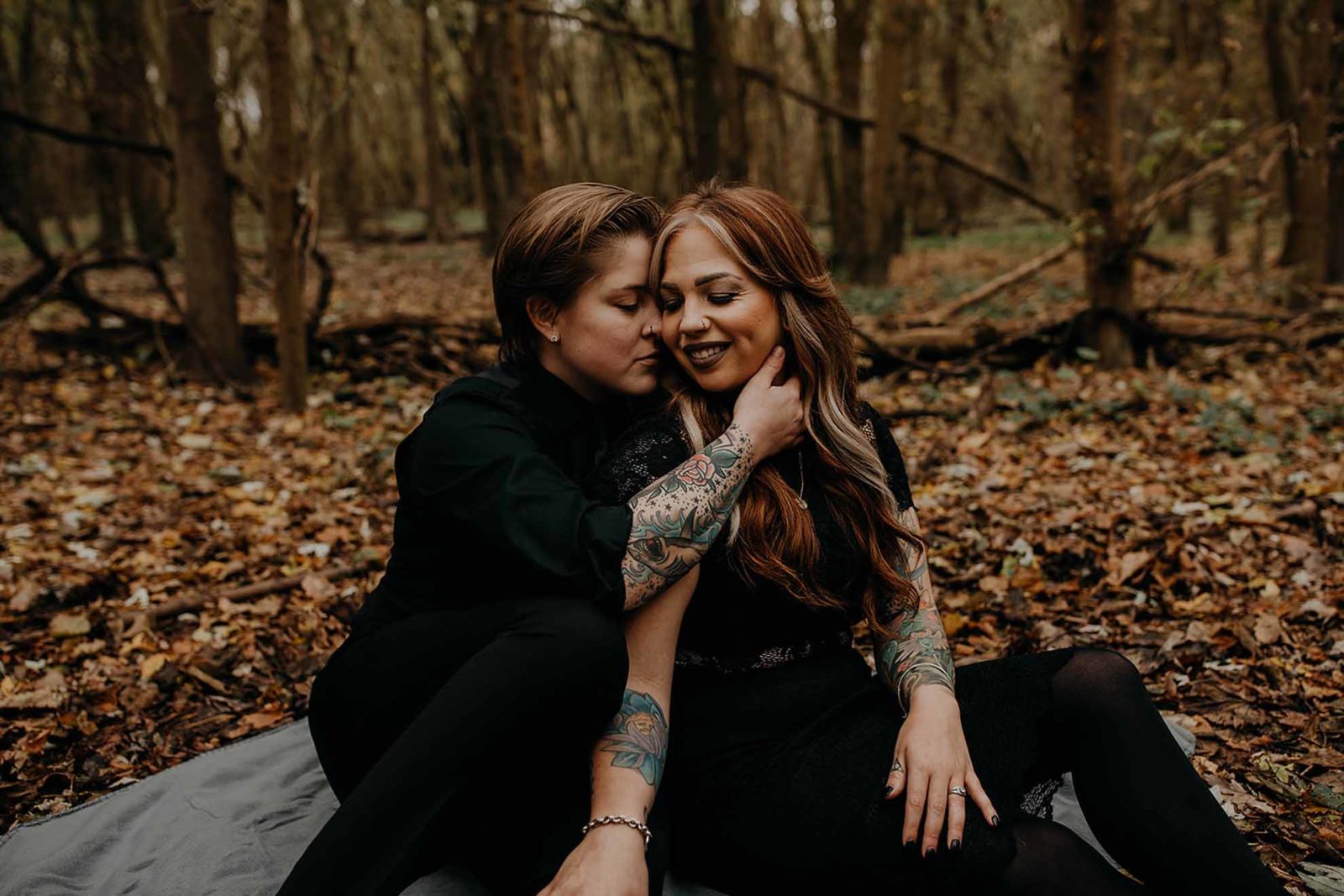 Sierra proposed during quarantine with Ashley’s great-grandmother’s ring, an heirloom with so much sentimental value.

Tell us about falling in love and planning your proposal.

Ashley found Sierra on Instagram after her best friend had moved to Austin. She totally slid in the DMs and a few weeks later was on a plane to visit. May 4th, 2019, was our first date at Sierra’s old Fire Chief’s wedding in San Antonio, Texas.

Sierra had told Ashley that she had the ring ready. Ashley’s grandmother had given her the engagement ring that her great-grandmother had been proposed to with. Sierra took it to a jeweler and, after having it upgraded, asked Ashley’s family if it would be okay. Ashley’s brother and father told her to make her move, and during COVID lockdown, it happened. Ashley had no idea when and was completely surprised when lockdown date night turned into proposal night.

Ashley’s ring is from the 1920’s something her great-grandmother wore the whole time she was married. It was gifted to Ashley a few years back by her grandmother. Ashley always wanted something vintage and classic, but also unique. Sierra asked to borrow the ring, and Ashley semi-knew what for but never questioned when or why. Sierra got my grandmother’s ring refurbished and upgraded the diamond. As Sierra hates jewelry, so we just found her a pretty white gold band, and she regularly wears a halo ring. We also plan to get ring finger tattoos, Mrs and Mrs.

We have said we would like to have a tattoo for when we do not wear a ring. The ring’s symbol is from the beginning of time, but it’s about forever to us. Sure, diamonds can last forever, but tattoos always do too.

It has been fun, we plan to have a smaller wedding, it started with an idea of maybe 50ish people but has dwindled to about 32. We chose the venue and photographer first and ended up really loving our photographer! Our vision for the wedding is a goth-gatsby theme. Think Hogwarts, but put it on a plant nursery farm and make it glamorous. We are both drawn to deep, dark, fall tones, and the wedding is on October 30th.

Finding our photographer was all about personality. Sierra loves to be in front of or behind a camera, while Ashley is insanely awkward. She’s more used to getting people camera-ready than herself. Grace was so fantastic and easy to talk to. Our friends will actually cater the wedding, as they opened a restaurant this year – Good Plates Eatery. As far as everything else, the main goal is to go with small business vendors only. Being that Ashley runs a small business, we like to use them as often as possible.