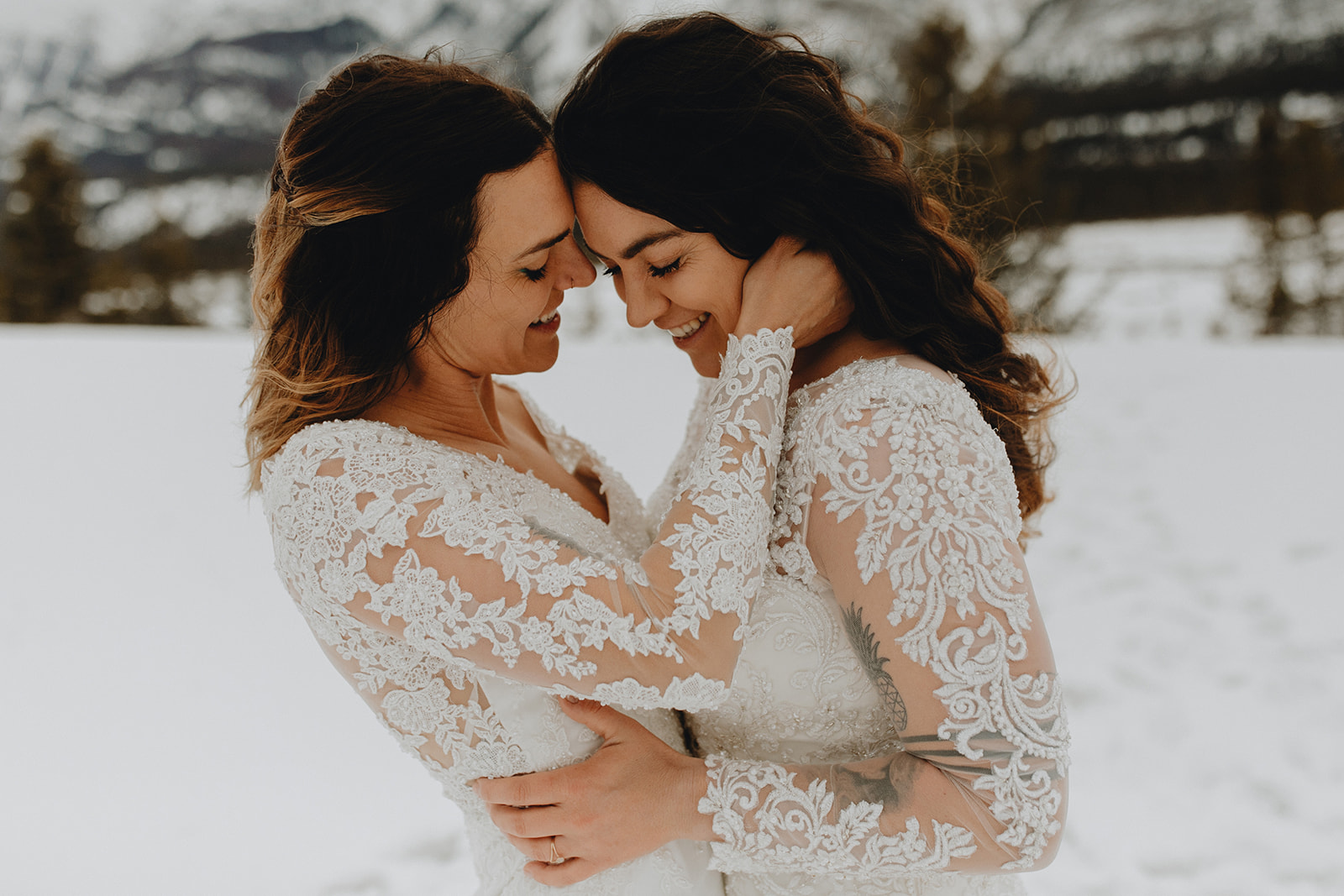 Jenne is an adventure-loving Gemini. She loves to read, hike, and learn new things from all people. Eclectic and restless-nature is the thing that soothes and calms her mind. Her randomness and curiosity make her fun in any room.

Aubrey is a natural-born leader and loves to seek out the fun at any moment. Naturally optimistic and very chatty. She does art on the side as a beautiful hobby and loves to camp. Her forte is making people laugh and building fires.

Jenne works for her local Trader Joe’s, and Aubrey is a Police Officer trying to change the image for women in the force one coffee and conversation at a time.

We were sunbathing one day, and Aubrey said, “hey wouldn’t it be funny if we just drove to Vegas right now…” “Jenne said nah, that’s not crazy-lets go.”

So we used points and stayed for dirt cheap in a very swanky hotel. We did not want to leave our hotel except to do par-core near the strip only to get yelled at by security. We ran wildly on an upper level where no one was, laughing and playing football with a water bottle. Sliding down stair railings, walking around, and pretending to make up stories for the people sitting at the slots.

We soon found out we could chat our way into any pool party, and once inside, we took a dip in the pool like we were the only two in the world.

Sitting on a bench and we looked at each other for hours and whispered sweet nothings under the Vegas sun, still not knowing people were around.

We found out how fun and random and perfect we were for each other on that trip. We still re-live the shenanigans trip and laugh about the moments to this day.

Jenne proposed on the beach under a meteor shower.

She set up flowers, a blanket, and a message in a bottle to be opened during the sunrise. Jenne asked Aubery to read the bottle’s message, filled with sweet words, then asked Aubrey to marry her. It was such a surprise to Aubrey.

Aubrey proposed in a mountain town at a bar named the Racoon Saloon. At the same time, City and Colour played Northern Wind on the jukebox under the silence of the snow falling. It was so simple and so perfect. Aubrey lost her words and got so fidgety that Jenne knelt down with her, thinking she was just tying her shoe.

Eloping was the easiest part.

We love each other soooo much and have always not cared what people think. To do it in nature was just the icing on top. We wanted to be completely alone in nature, only with our words and each other.

But her parents really wanted to share the moment. They have been married for 32 years, and they also eloped after a couple of months. So we decided to share our special day with another couple that also knows what soulmates mean.

We didn’t want to waste money or have the enormous stress of a large wedding. Eloping was the only option. We wanted mountains and trees as our background with a bit of snow if we planned it right. We thought about bridges because it indicates walking into something together. So we googled bridges and happened upon the Pyramid Lake Bridge. Instantly we fell in love with it even though it was in Canada, so we made it happen.

We planned on having a reception and celebrating with the family until the recent events. Aubrey comes from a loving family, and everyone has been so excited and happy that she has found true joy. We couldn’t be more thrilled to have such a great support system!

The elopement was very much us.

We had been looking forward to it sooo much that it was like Christmas Day for us. The day before, it was a bunch of running around and not finding what we needed since we were out of towners. It was stressful, and we stayed up way too late making bouquets and finishing our vows.

The morning comes, and we were up before sunrise, making coffee and being so elated about the day. Our photographer came in to start photographing details and us getting ready. We were a bit behind but still found the time to look at each other in our dresses and tell each other how excited we were for doing this!

We got to the bridge and took some sips of tequila, and kissed. The wind was gusty, and the temperature was basically zero. Even though we’re freezing, we see the bridge we only dreamed of, and everything fell away.

We started our vows on the bridge, and the wind stopped. We felt warm and shed a few joyful tears. It was the moment of a lifetime to hear your best friend read what her soul has written.

We went with our photographer to the middle of the road in front of a Goliath mountain and took more adventurous pics. Then off we went on to take more photos, galavanting in the woods by a partially frozen lake.

We helped each other by holding each other’s chilly hands and finally popped champagne for our last few pictures!

We then warmed up in the lodge with a glass of champs given to us by the staff and cheered to ‘Doing It.’ We lived out our dream of finding this majestic bridge in the Canadian Rockies and telling each other the deeps of our commitment. The day had its imperfections, and maybe a flower fell a couple of times, but it was very much us.

The future is two people loving and inspiring each other into being a better version of themselves.

We are looking to move out of California into Colorado, maybe even Canada, in the next two years. We want to adopt another dog and go on a week-long backpacking trip. Looking forward to having more inside jokes than we can count and making affection a priority. We both want to roam the earth and make campfire memories together.

The future is so bright, and we expect to move mountains.

Amanda & Luna – Marriage after 15 Years of Love Together