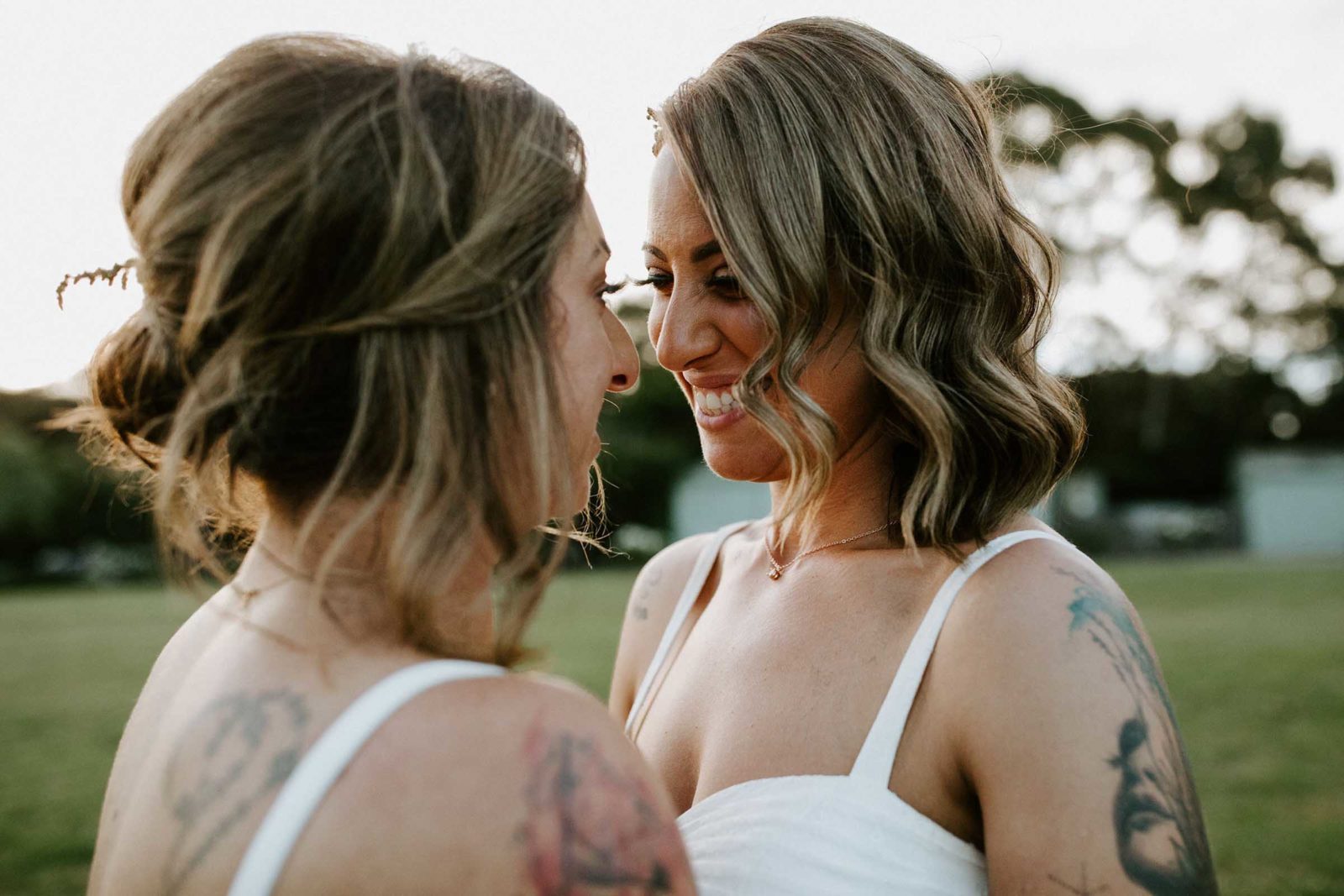 Their story begins rather uniquely, an interrupted Reiki session led Bianca and Chiara to a blind date – where their connection was immediate.

Before our meeting, both of us had just gotten out of long-term relationships with guys. And, we were both at rock bottom in life. Bianca decided to go to Israel, and it was her first time outside of Australia as she hadn’t traveled by herself. There was a specific moment towards the end of her trip, where she had gone to Jerusalem visiting the famous historic wailing wall where people prayed. It was there that she sat and cried. Praying that she finds someone who will love her unconditionally and accept her just as she is. After three months from returning from Israel, our journey began.

Bianca got a parking fine on the night she met Chiara for the first time – and she didn’t care at all. It was the 15th of September 2011. After they had both lost track of time as they sat outside the Courthouse in Williamstown. A restaurant, where they were set up on a blind date by Caroline – a Reiki Healer and friend to both girls. Chiara was struggling with depression at the time and recommended seeing Caroline. During the first reiki session, spirit guides kept interrupting Caroline repeatedly and telling her, “She needs to meet this girl Bianca.” Caroline was embarrassed at first because – as she said to Chiara – this had never happened to her before and was out of her control. At the time, Bianca was also a client of Caroline’s and working through similar challenges.

Giving in to the spirit guides persistence, Caroline had spoken to both Chi and Bi about meeting each other and arranged it for them. Chi and Bi both felt safe, and they trusted their valued healer and friend. They are also extremely grateful to Caroline for imagining this relationship’s possibilities long before they did and having the courage and commitment to arrange their first meeting.

Leading up to their first date, Chiara felt that her heart was leading the way. While Bianca felt like the Great Wall of China, but there was a feeling of trust that she had to meet her. Chiara arrived first – of course, and waited for this girl Bianca to arrive. When Bee walked into the restaurant, Chiara felt immediately like she knew what she had to do and was confident.

When she saw Bianca, it was like something ignited inside her, and an immediate sense of calm took over. Knowing this meeting was the beginning of something special and meant to be. Bianca thought Chiara’s smile lit up the room like the sun. Chiara was raw and seemed completely comfortable with who she was. For Bianca, it was like they had been waiting for each other their whole lives.

This simple meet and greet turned into an ocean of conversation, waves of stories laughs, and emotions. When they finally left and got back to their cars, they were both as light as a feather with excitement and a little overwhelm abut each other. Who cared about a parking ticket?

It was almost two weeks later that they went on their official first date. Chiara picked Bianca up from work, and after another dinner, they sat in Chiara’s car for hours more. Just unable to escape from the mystery of getting to know each other. Bianca arrived home at five am the following morning, just in time to go back to work. With Bianca doing the walk of shame into work that day.

Only fourteen days after their first meeting, the girls went on a spontaneous weekend away together in Sydney. In that time together, they made the brave decision to announce their relationship and the bold decision to move in together. They had known each other less than a month, yet they both agreed – they feel they had known each other forever.

The relationship was immediately filled with crazy adventures and moving into their apartment. Bianca and Chiara had so much in common and felt completely at ease talking deeply to each other about anything and everything. They were both so in love with each other and their relationship that Chiara actually proposed within the first year of being together. Bianca accepted. It was not until the 9th of February 2018, after being together for almost seven years, that Chiara officially proposed with a ring. Bianca again excitedly accepted. Chiara and Bianca opened their minds to the possibility of meeting someone and their hearts to each other the minute they met.