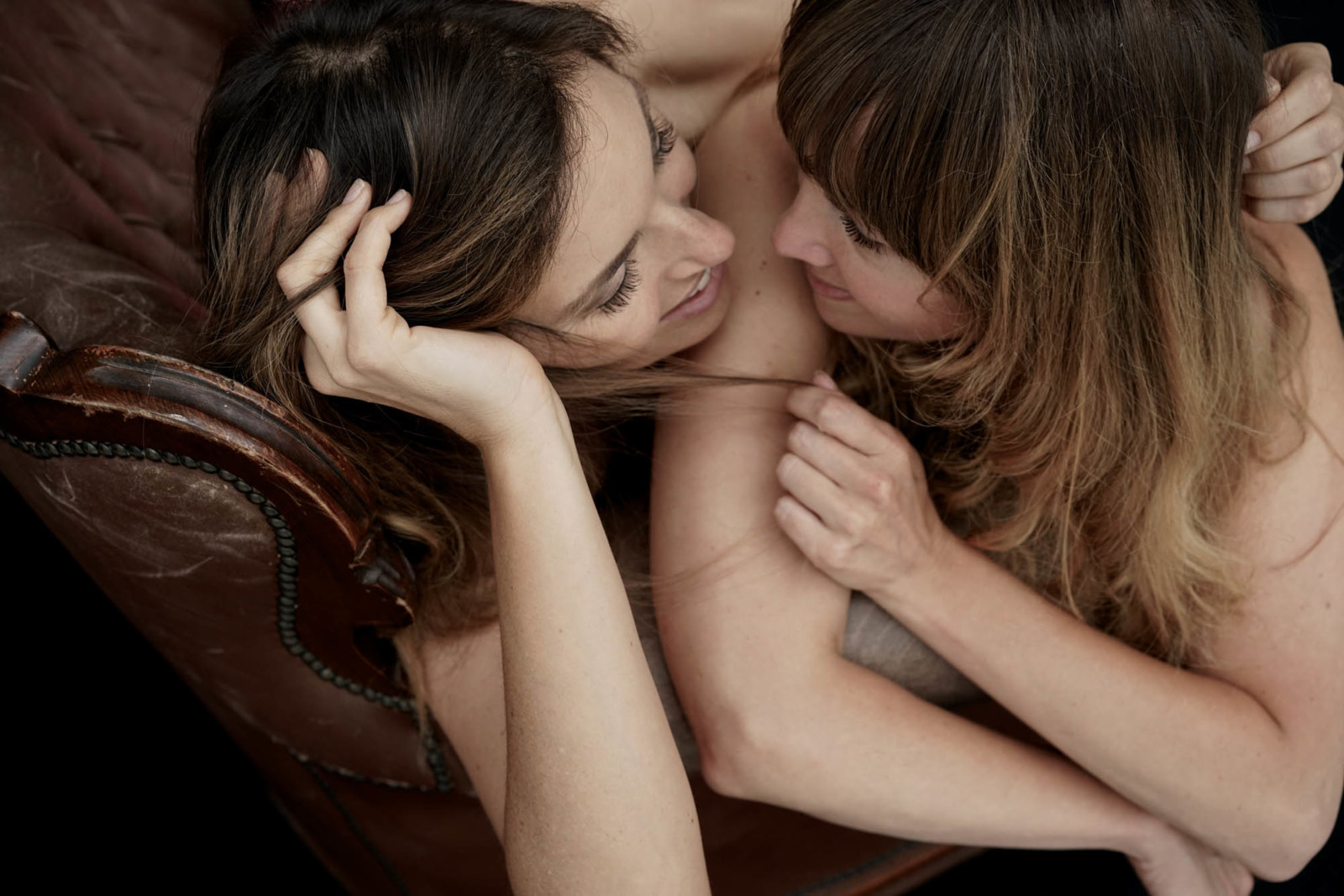 Bina and Ellen shared a wonderful friendship for years before their feelings for one another became evident. At the time, Bina was had been married to a man for 16 years, had two children and a wonderful family life. Ellen was content with being alone.

21 years ago, Bina met Ellen at college and they were best friends since, sharing their joys and sorrows.

Ellen lived an independent life, telling herself she didn’t need anyone to take care of her aside from herself. Bina was married for 16 years: a husband, two kids, a dog, and chickens.

Three years ago, two souls said YES and found a missing piece in each other’s eyes. Their souls got a glimpse of a love way deeper than they had known before.

First, at a beach during a holiday as best friends. Bina suddenly felt lightning through her body and cells. Since she couldn’t compare this wave of love with anything else, she decided to share it. When she told Ellen about her feelings, Ellen didn’t deny hers. But it was complicated. Bina was married, and Ellen had a boyfriend. They buried any romantic ideas.

Later, lightning struck again and with a bigger force. Some forces are better not to be denied. At first, Bina and Ellen had to realize apart from each other that their current path was not what their souls needed.

Bina decided that her marriage didn’t fulfill her as a person. Ellen realized in her relationship that nobody ever reached her inner being. Therefore accepting love was a bigger challenge than she ever imagined.

Love knows many forms and shades but meeting your soulmate asks you to be courageous. You stand naked in front of one another, transcending gender, appearance, status.

When the Universe decides for two souls to be together, faith creates the best circumstances. But, confronted with being a mirror for one another, it always is a story of finding the courage to heal past pain to change and become the best version of yourself.

They both had to leave behind the life they had known, stepping away from their comfort zone. Ellen suddenly found herself with two teenagers and a dog, something she always was scared about (the dog, not the children).

Saying YES to unconditional love asks for trust and freeing yourself, letting go of traditional expectations about ‘how it should be.’ Together they create their own relationship ‘form’ in which they can express themselves the best way possible.

Saying Yes to one another is welcoming everything that relates to the other. Bina has two wonderful kids, so now four souls are walking their path together. They are so proud of them, and they wish for them to see that love is the biggest force together with following the whispering of the heart and soul.

It sometimes is an unpaved road, full of mysteries but with gifts for the adventurers to enjoy.

‘In love, we grow’ being their motto, Bina and Ellen learn to love themselves by loving each other. With each hurdle, their Yes sounds louder than before. Just like a rainbow, needing both sun and rain, revealing its true colors. Nothing compares to each other.

Ellen stimulates Bina to express the independent lionhearted woman in herself whilst Bina stimulates Ellen to express her softness, let go of the burden having to be strong all the time, and just let somebody carry her.

Breanne & Shayna – A Hiking Proposal under a Waterfall

Married to a Man, But in Love With a Woman