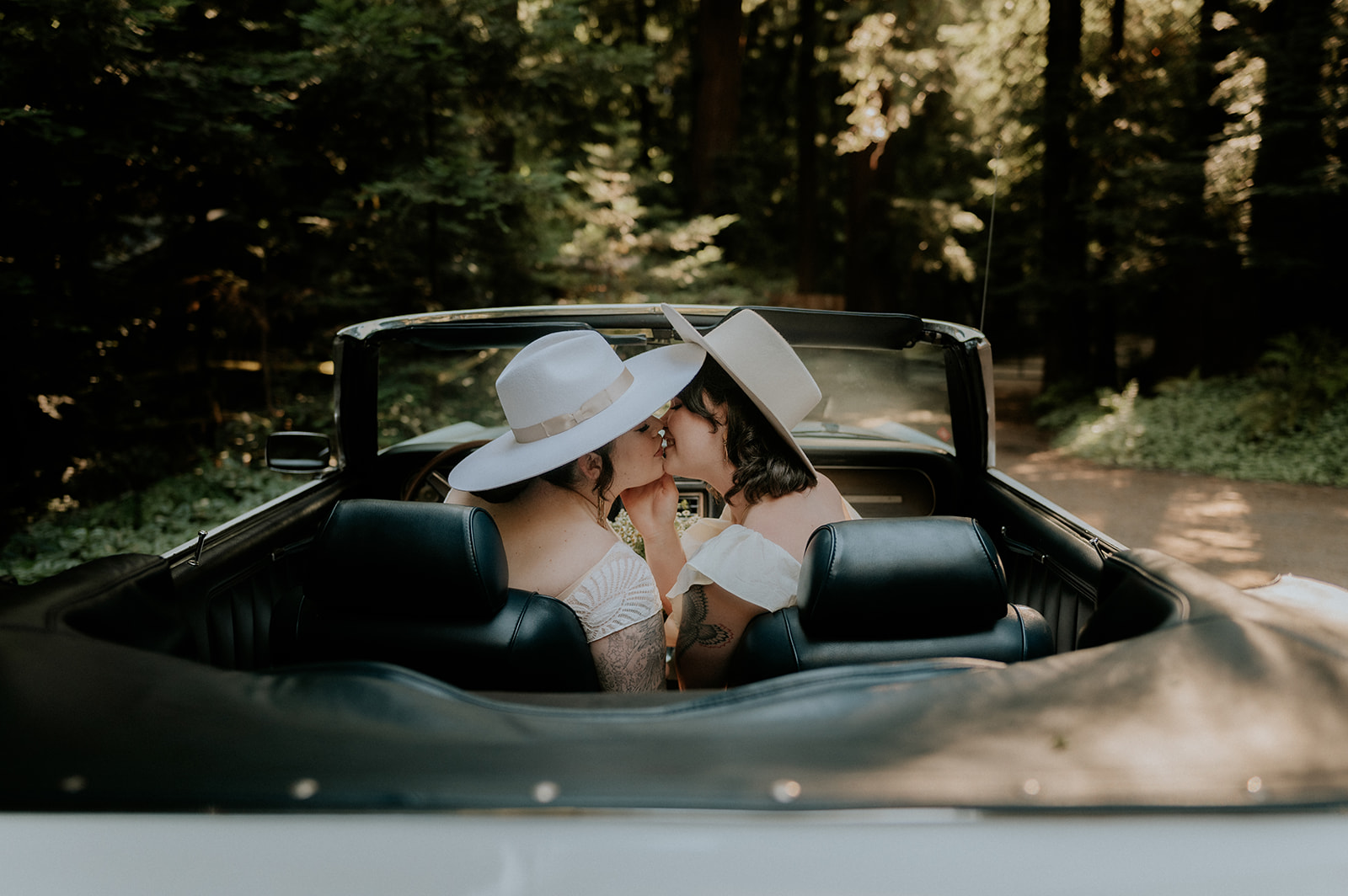 Among the rugged coastline of Big Sur, Caitlin & Elenita celebrated their engagement during a romantic photoshoot.

Caitlin and Elenita met online in the early months of the pandemic in 2020. Respecting health precautions, they chose to date via Zoom for almost two months — taking turns planning digital activities, like Bob Ross painting nights and online museum tours. By the time they met in person, they were already in love.

They took turns proposing to one another.

First, Caitlin proposed while they were living in New York, and then Elenita popped the question within days of moving back to California while on a trip to Big Sur.

The proposal weekend was full of surprises, love, magic, and the comfort of their favorite place.

Dancing With Her Recommended Vendor
Photography by Heather K. Purdy