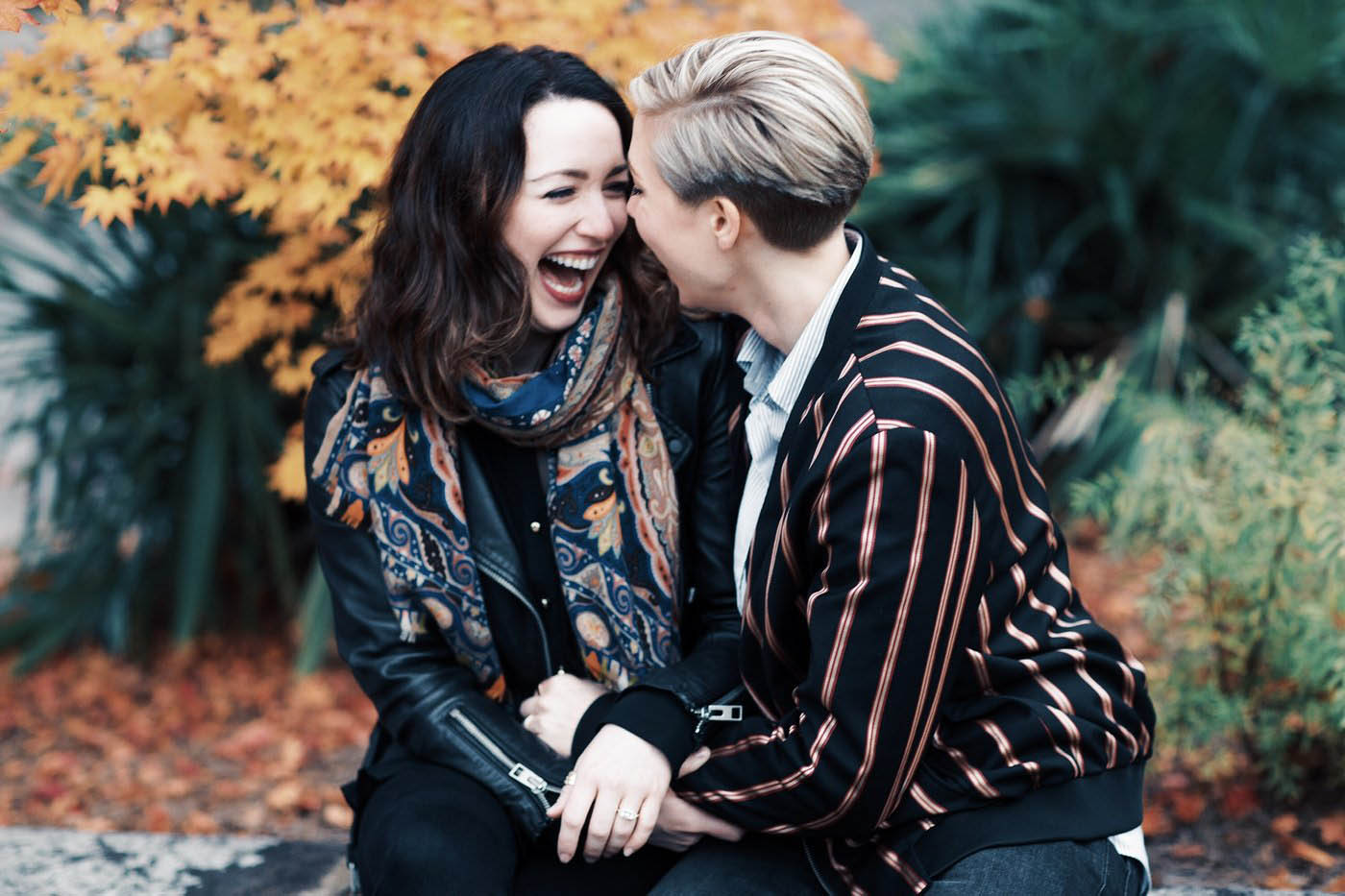 What does a Wedding Officiant Do?

Friends from across the United States came together to witness Carmen & Chelsey’s engagement, secretly. And, it was perfect.

Catch up on Carmen and Chelsey’s wedding story here.

Carmen is from Alabama, but she left the Deep South for college and moved to New York City upon graduation. She used to see Chelsey out in the queer “scene,” with her bleached blonde hair and motorcycle (Chelsey always interrupts here and says “MOPED, Carmen. MOPED”).

They were both dating other people, and Carmen often tells people, over Chelsey’s nearly audible eye-roll, that she was never cool enough for Chelsey, anyway.

Carmen later moved to D.C. for law school, but she would still see Chelsey when she visited New York City because, luckily, they share a best friend. Carmen learned that by day (when she wasn’t causing swoon-attacks on her motorcycle/moped/whatever), Chelsey was actually a nerdy accountant.

When they were both single, Carmen took a chance and invited Chelsey to Georgetown Law’s prom (“Barrister’s Ball”). It went well, and they dated long distance from NYC-DC for the next couple of years. To Carmen’s heart’s absolute glee, Chelsey, a born-and-bred New Yorker, agreed to take a chance on Birmingham, Alabama. When Carmen graduated and felt the gravitational pull back to her home state.

Fortunately, Chelsey fell in love with the real estate, the cocktail prices, and the roller derby team in Birmingham. She now causes swoon-attacks on her skates. But most importantly, she has also fallen in love with the absolute magic of a community brought together by queer folks in the South. She decided to propose to Carmen in this new little city. And she apparently had an Excel spreadsheet of different proposal scenarios.

Carmen has been helping build an LGBTQ women-centric community in Birmingham. It is a vibrant, passionate group of women called “The Bevy” (Follow them at @thebhambevy!). A friend in California was filming a documentary about the group and wanted to film Carmen talking about its formation and development. Chelsey saw this as THE perfect opportunity to get Carmen in front of a camera for an elaborate surprise proposal. She organized for them to film her in the Birmingham Botanical Gardens, a truly dreamy venue.

After filming Carmen, the crew asked to shoot some “B-Roll” of her walking with Chelsey. They eventually got to a beautiful rock positioned over a creek. Carmen all but blacked out but remembers saying yes and kissing Chelsey when she was on one knee. Carmen had been holding a ring and letter in her purse for weeks for Chelsey. (Chelsey knew that whomever Carmen married – regardless of gender – would wear an engagement ring if she wore one. It’s always been important to Carmen that both partners be marked as betrothed)!

After she finished the letter, Chelsey said, “I have one more surprise for you,” and told Carmen to turn around. Carmen turned to a bridge in the distance filled with friends and family who, until that moment, had somehow kept silent. Friends from all over the country (Birmingham, NYC, D.C., and Texas) rushed towards them in what Carmen will forever only remember in slow motion.

They traveled to where Carmen and Chelsey started a life together, and for that, the newly engaged couple will be forever grateful.

Celebrating all weekend with friends and family, and then they spent a romantic week in Paris for Thanksgiving. They will be getting married in New Orleans later this year. Don’t tell anyone, but Carmen obviously dreams of Chelsey arriving at the wedding on a moped.

What does a Wedding Officiant Do?