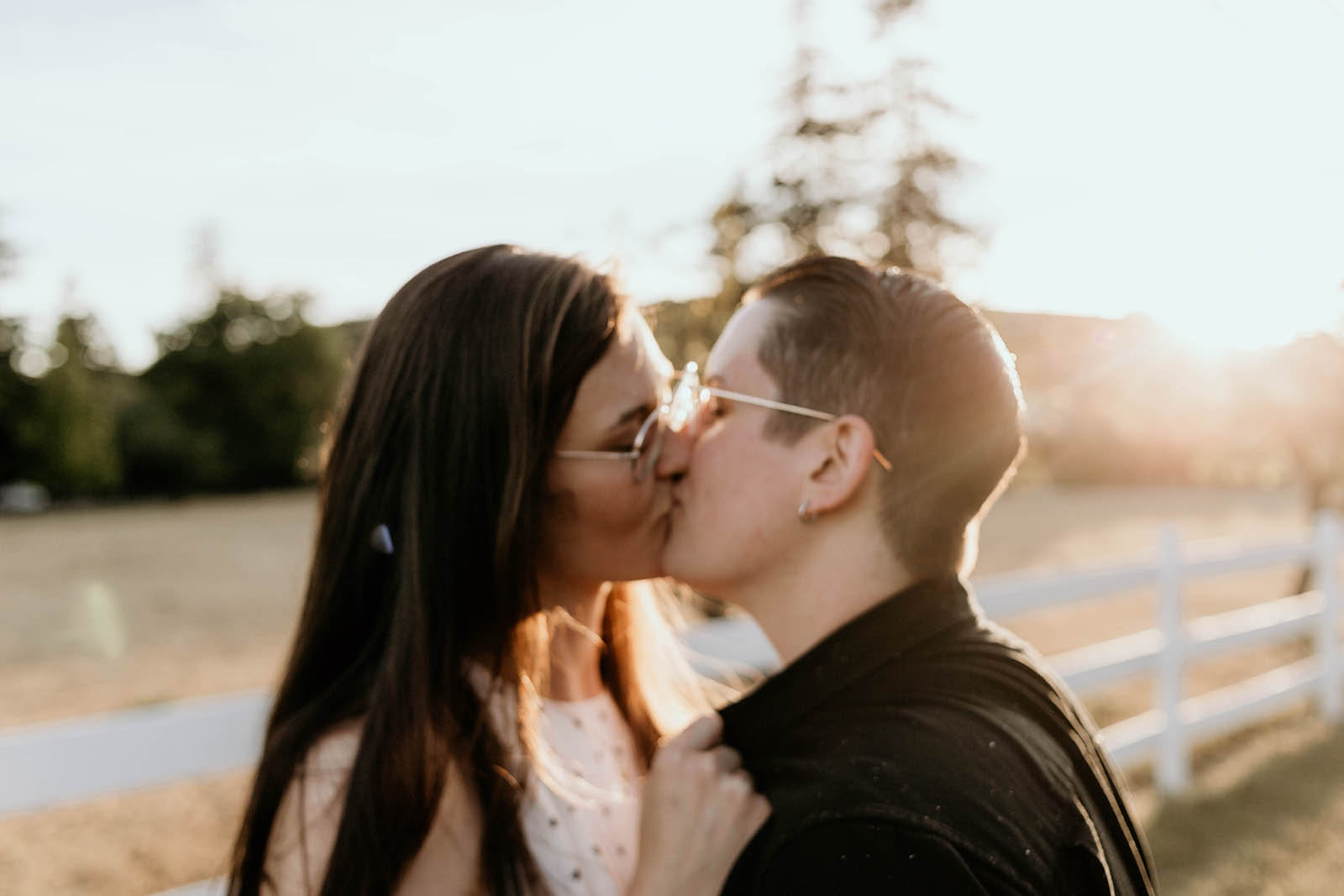 Carolina confessed their feelings first, Julie unequivocally reciprocated. They wasted no time, Julie planning a proposal to her person at a place meaningful to them both.

Tell us more about your love story.

J: Neither of us knew that we were both secretly in love with one another for a while. We met at my workplace years before and became best friends first. I realized I was in love with her months before we got together. I was actually dating a man at the time and had never been with a woman before. That didn’t matter at all to me, though. I just knew she was my person, and I had to be with her. One morning when we were hanging out, she confessed her feelings to me, and we haven’t looked back since.

C: I didn’t just have a secret crush on Julie. I was in love with her, hopelessly in love with her. I wouldn’t shut up about it. We were so magnetized to one another it was actually a problem.

J: We knew we wanted to get married the moment we were together. We started talking about the rest of our lives and getting engaged very soon. I contacted an acquaintance who is a gemologist to get a quote on a custom ring for her. I told him I’d contact him again in a few months to get the process started.

Then a week later, Carolina actually went and got me a ring! She gave it to me the day it arrived. I didn’t wear it because I wanted to propose. Something she mentioned she had wanted for herself. I have hilarious back-to-back texts with my gemologist about a week apart saying, “I’ll talk to you in spring” and then “Actually… maybe we’ll start now?”

I tried my best to keep the details a secret, but I let lots of the details slip. Knowing I wanted to capture the proposal moment and have it be very casual, in a place we were both familiar with. I chose the first place we hung out as friends, a place we often went to, the dog park. I contacted Liv as soon as the ring started production.

How did you coordinate having a photographer there?

J: The night before the proposal, I had talked to the photographer about exactly where I was planning on popping the question, so she would know where to hide. When we showed up, I was VERY nervous. As I approached the spot, I thought I would propose and I couldn’t see Liv anywhere. I freaked out, and I tried my best to stall and secretly text Liv. She got right back to me and I told her to freeze. I would come to her. Finally, I saw her in the distance and did my best to distract Carolina so I could get on one knee. It ended up being the perfect spot!

J: Since this is my first relationship with a woman, I think it really signifies to other people that I’m serious about this relationship. I don’t think anything has changed in our relationship, except maybe how people on the outside view it. I know Carolina is my person.

C: Really the only thing that has changed for me since we got engaged is that people don’t have to hear me complain about being in love with my best friend. I actually get to be with her. We got to know each other as friends first and became best friends before starting a romantic relationship.