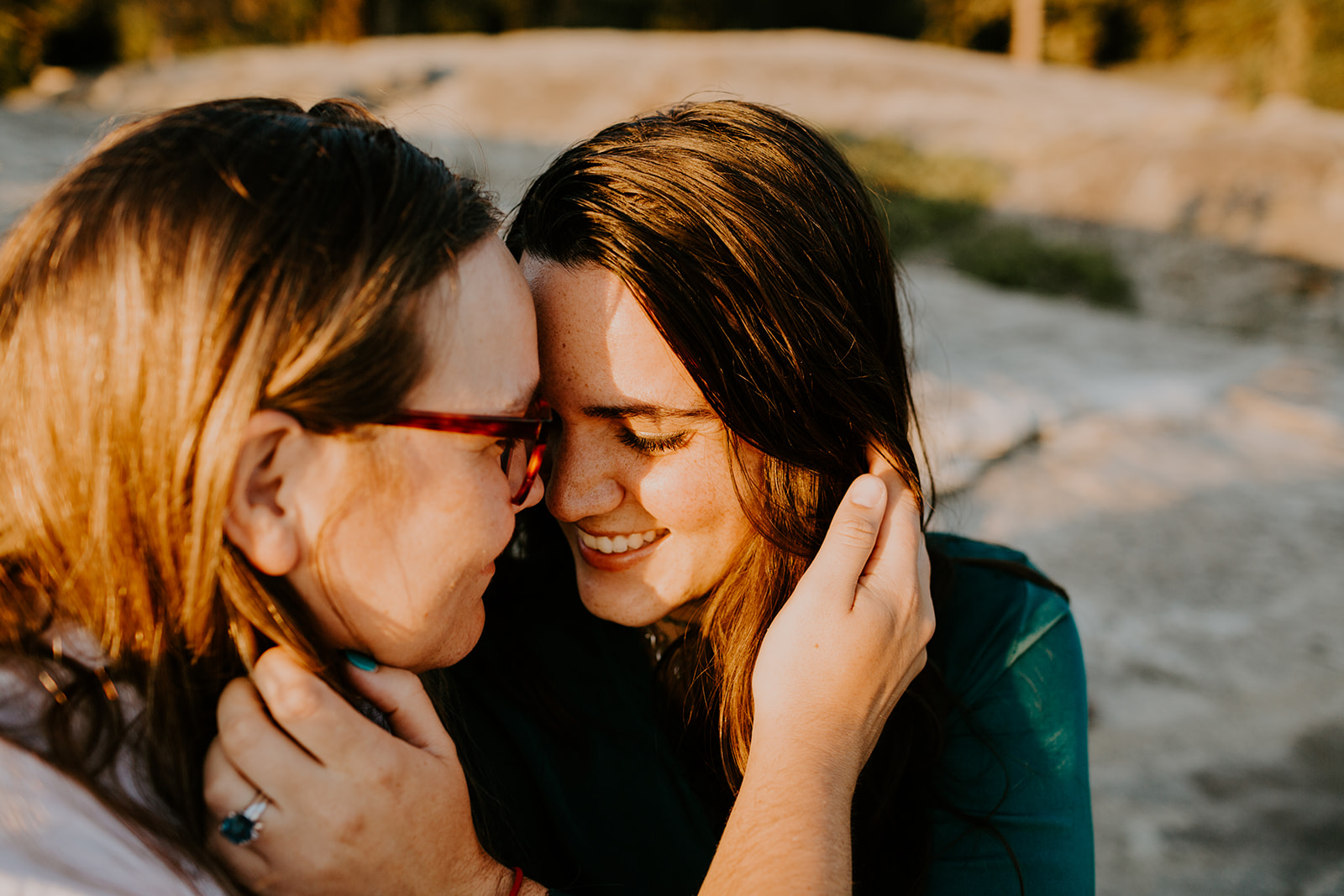 We have been together for almost three years and met when a co-worker invited me to take a “Learn to Knit” class in my town. We work in Tallahassee, Florida, so I felt obligated to go to the class with her since it was an hour away in the town where I live, that Southern obligation to be a good host.

Well, it paid off!

My instructor was the prettiest girl I’d ever seen. And she was pretty cool, too, and smart, and fun. So it wasn’t long before we were hanging out every day and starting our life together. Since our town is small, there weren’t many places for us to hang out, so we would park in our downtown area and talk until midnight, then go back to our houses to text then go to sleep, only to wake up and start all over again the next day.

I was able to plan the proposal and mini-moon under the guise of a campervan trip. I set up some fun excursions along our twelve days on the road, including our session with Trees and Seas in Sequoia National Park. The secret-keeping was reasonably easy. We took a few short weekend trips before the big trips, so Carolina was always on her toes. She knew it was on the horizon but had no idea when. It could happen at any time!

Something funny that happened before the proposal is that I took a series of Carolina photos with the engagement ring while she was sleeping. So, if she ever asked a question about the proposal or ring, I would say, “well, you tell me. You’ve seen it before.” Maybe that’s cheesy, but it was fun.

Truth be told, I didn’t know the exact specifics of when I was going to propose. I was going to let my gut decide. So, on the first night of our nearly two-week trip, I couldn’t sleep, and I made a decision.

I proposed the next day near a heart-shaped rock in Joshua Tree, National Park.

I worked with a jeweler in Tennessee to design the ring and find the right stone because I wanted something a little different. They had some sapphires that were found/mined near their location. I think Carolina would’ve said yes even if I used a ring pop, though!

I don’t know exactly what has changed since the proposal, but we have both been inside the most fantastic bubble of love. It has solidified our feelings for each other, our trust in each other, and public-facing adoration for each other. We are now a unit. I also like that it provides the opportunity for different and difficult conversations, allowing for further growth.

We have been doing wedding planning lite. Knowing the vibes we want and are working on pulling that together now. We will be having the ceremony and reception on a friend’s pine tree plantation. There will be handfasting and Viking wedding vows. And if I get my way, there will be a “Dirty Dancing” first dance… I have been practicing for the lift!