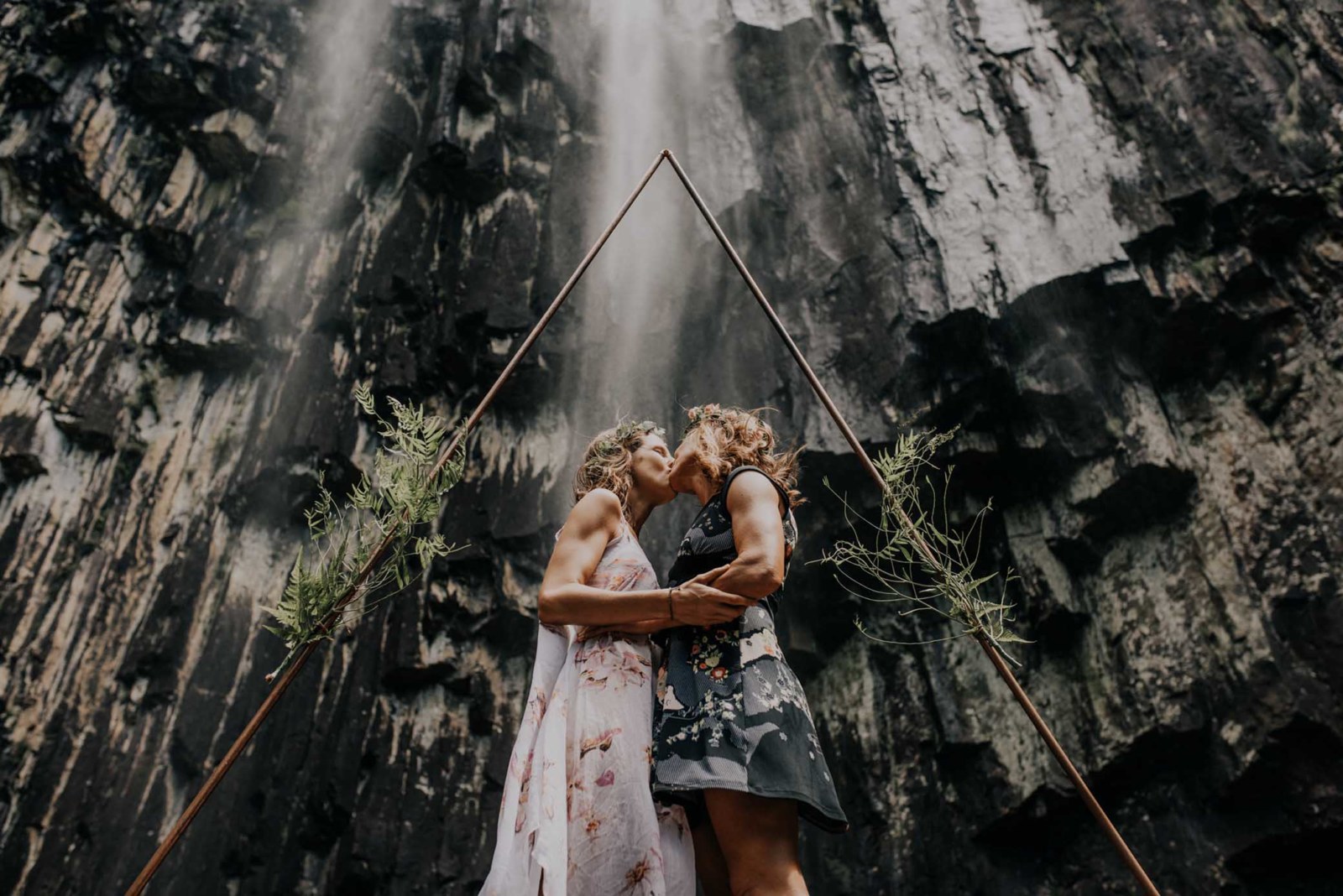 Charlotte, who is a Doctor by trade, is afraid of heights. Mel, who recently sold out her share of her CrossFit gym, chose to propose in a way she knew would be unforgettable for Charlotte – skydiving.

Their engagement was only one day.

Mel had organised both the proposal and the wedding as Charlotte resided in Switzerland. Working as the Doctor for the U/19 Switzerland Women’s Soccer League.

They had spoken together about how once the legislation for same-sex marriage went through, they would wed. They just didn’t realise it would go through so quickly! Both knowing in the first week of dating that marriage was on the cards.

“It was pretty stressful on my behalf as I was working long shifts and consecutive days trying to organise and prepare it all before Charlotte flew in on the 25th of January. She had no idea the Skydive was my proposal. As she walked through the exit doors upon landing in Australia, she was wearing a singlet she had designed and had printed a slogan asking me to marry her! Great minds think alike!”

Mel chose to utilise the help of Ben Carlyle at Hitched in Paradise. He chose the venue, Minyon Falls, NSW – in fact, neither Charlotte nor Mel had been to the hinterland waterfall before. Ben put together a small but mighty team and had the epic elopement captured by Jerome from Bird and Boy Photography.

Mel even organised Charlotte’s wedding attire, picking a dress from her closet for herself and finding Charlotte’s perfect fit at the LifeLine OP shop down the road from where they were staying.

Charlotte, being Swiss, tends to attract everything and anything from bogan Aussie men to mosquitos. So, while changing into her dress, it came to no surprise to everyone that she attracted a leech to the back of her ankle. As they wed barefoot, Charlotte’s ankle bled for the entire length of the ceremony. Also, being Swiss, she thought she’d been attacked by something extremely venomous until Mel could calm her down.

Charlotte and Mel had no family present. Mel had invited a friend from work, who plays in his own band, and his brother to quietly play acoustic guitar in the background and be present as their witness to the marriage.
They spoke their vows under the 100m high waterfall. They spoke freely, from the heart, no palm cards and sure as hell no rehearsals! For their first dance, celebrant Ben took over the guitar and sang.

To Charlotte and Mel, marriage is more about making a commitment to one another. They are soul mates and wanted friends and family to know just how serious their relationship and their love for one another is.
Their advice for others planning a wedding as spontaneous and beautiful as theirs;

“Keep it simple. Weddings should be about celebrating your love for each other. Not about who is coming, what outfits need to be worn, and how much money should be spent. Friends come and go in your life, but your partner is there for life. A wedding should be about each other. As much as family should be included, it should be more about one another and having the whole day to enjoy each other’s presence in making a huge step forward in your commitment to one another. Forget about all the hoo-hah that goes along with weddings and make the day simple and about each other.”