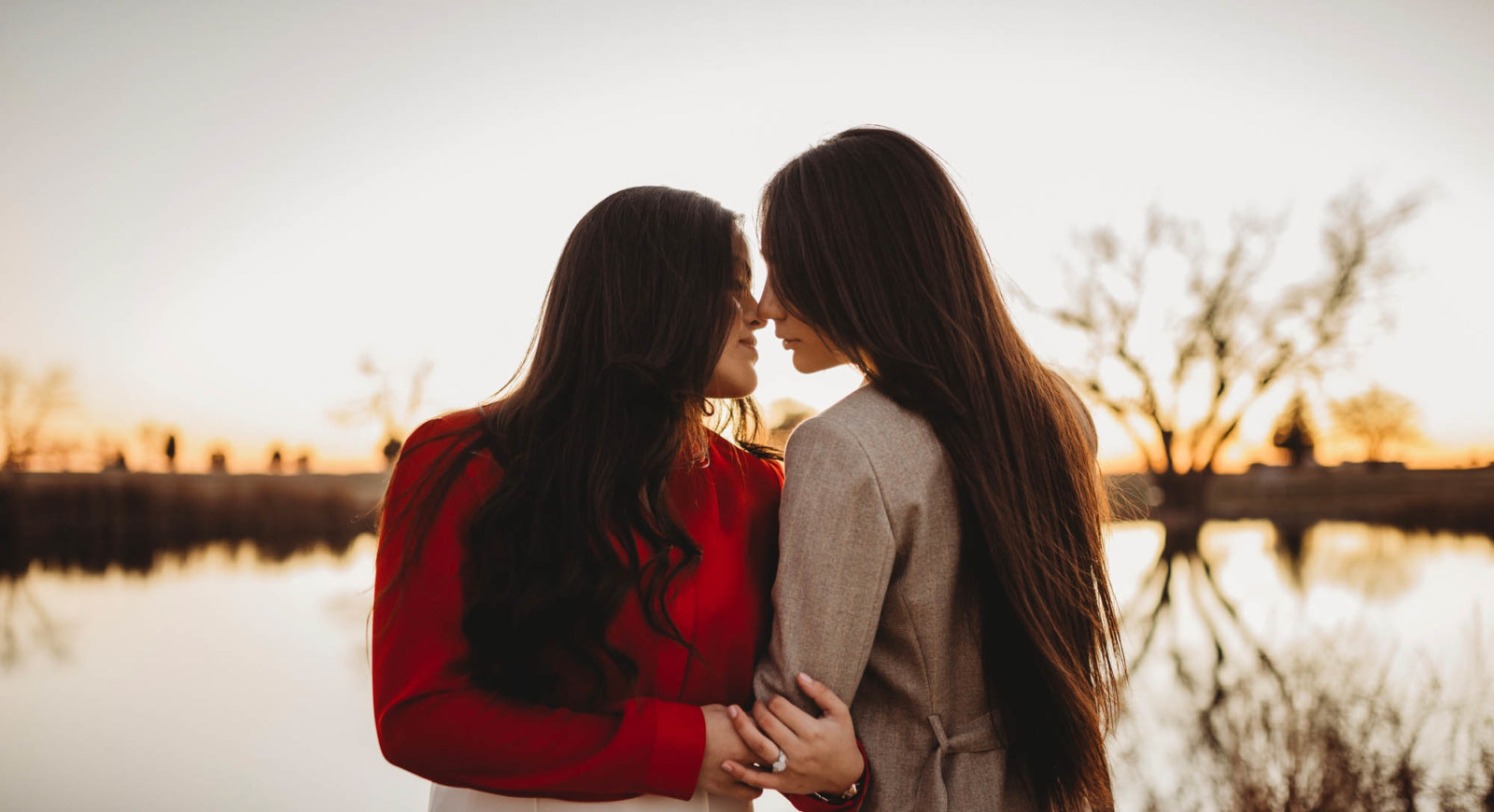 Cinthia & Dulce met through mutual friends, but living long-distance meant they didn’t meet face-to-face for three months into talking.Not long after they were inseparable.

Dulce proposed to me in the summer out of nowhere. It really caught me by surprise, mostly because she hadn’t planned it either! Her mother and her older sister helped her pick out my ring. But, Dulce didn’t really have a plan on how to give the ring to me.

She was so excited, so she gave it to me one night after our dinner date. I proposed about three months later.

When she proposed she was so nervous. She kept shaking. She even missed my finger and placed it on my middle finger. We both laughed in the middle of a cry session. It was hilarious.

I always said that when the time came, I wanted both of our families and close friends to be there because we have been lucky enough to receive so much support and love from our families. When went out and got Dulce’s ring, I wanted to keep the image of the ring to myself until the big day. I called her family and mine and told them the big idea of going out to dinner and that I would show up with a Mariachi unexpectedly to propose. Everyone was on board with keeping the whole thing a surprise and that it would just be a “dinner party.”

That night everyone arrived at the restaurant and was seated. I was outside hiding with the Mariachi, texting both of our moms to get ready for when I walked in. Everything went perfect that night our families cried and laughed, and it was just really an unforgettable night.

To us, being engaged means a new start in our lives, it means we are going to go through new challenges, changes, and growing but we know that we have each other’s backs through all of it and that we will be there for each other through the tough times. Nothing has changed. We’re both still the same with each other and very much in love, perhaps even more now than before.

And lastly, just a little advice from us to you. Don’t let anything or anyone discourage you from loving who you want to love. As much as both of our families support and love us now, we both did have some rough patches along the way. Confusion from both of our parents and family, some fights over keeping secrets and perhaps some feeling of disappointment, however it is not something that will last forever. Like my father told me, “you kept who you really are from me for so many years, give me some time to process who you really are.”

Do not hide your feelings; better days are not far from you.

Darah & Jessica – A Beach Wedding on a Military Base

Mel & Tiffany – When The Timing of Love Isn’t Right

Hannah & Madison – Vows Among the Snow in Colorad