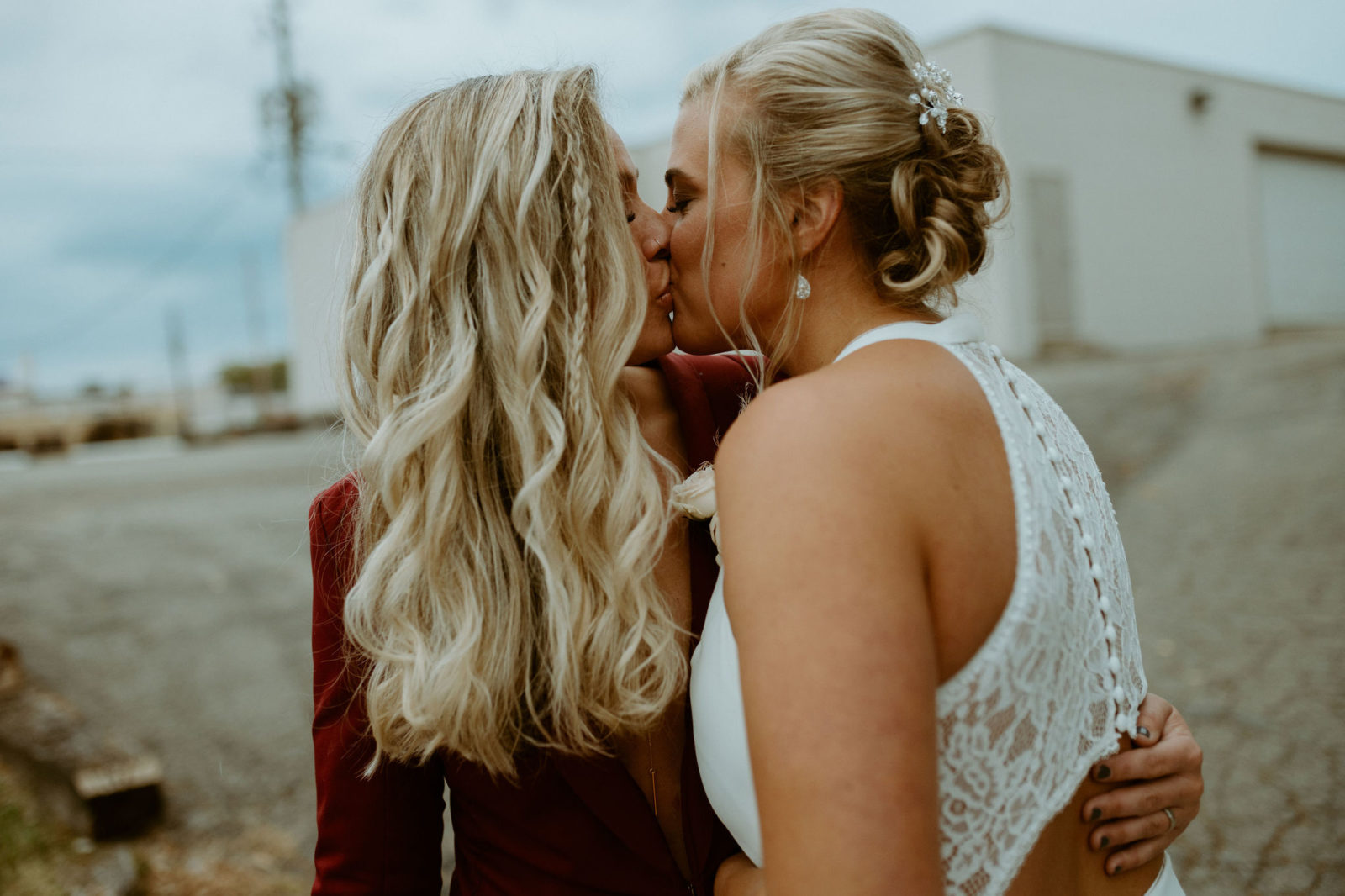 Channing & Emmaline – Finding Love When You’re Not Looking For It

It’s been eight years of building a deep love, and Courtney & Kaylin chose to celebrate their union as wives with one heck of a party.

We met through a mutual friend that Courtney played basketball with at Miami University (Oxford, OH) and Kaylin’s best friend at the time.

We’ve been together for eight years now and although it’s been incredible, there has been some challenges.

We are both firefighters, and Kaylin was injured on the job significantly enough that she lives every moment of every day with a chronic pain condition known as Complex Regional Pain Syndrome. She was told that there was no cure and that she wouldn’t ever work again. But, after many procedures and relentlessness to not let it take over, control, and dictate her life, she pushes through the daily pain and is back to being a full duty firefighter.

THE PROPOSAL & THE WEDDING

Kaylin proposed to Courtney in the Smokey Mountains on a romantic anniversary weekend trip.

The wedding was the best party of 2020!! We are beyond thankful this day even got to happen, and it was one heck of a freakin’ party!

Becka & Julianna – Coming Out to be Together

What Queer Weddings Are Teaching Me About Marriage

Channing & Emmaline – Finding Love When You’re Not Looking For It

A Cottage Wedding by the Coast in Maine – Queer Wedding

A Lesbian Wedding and their Promise to God