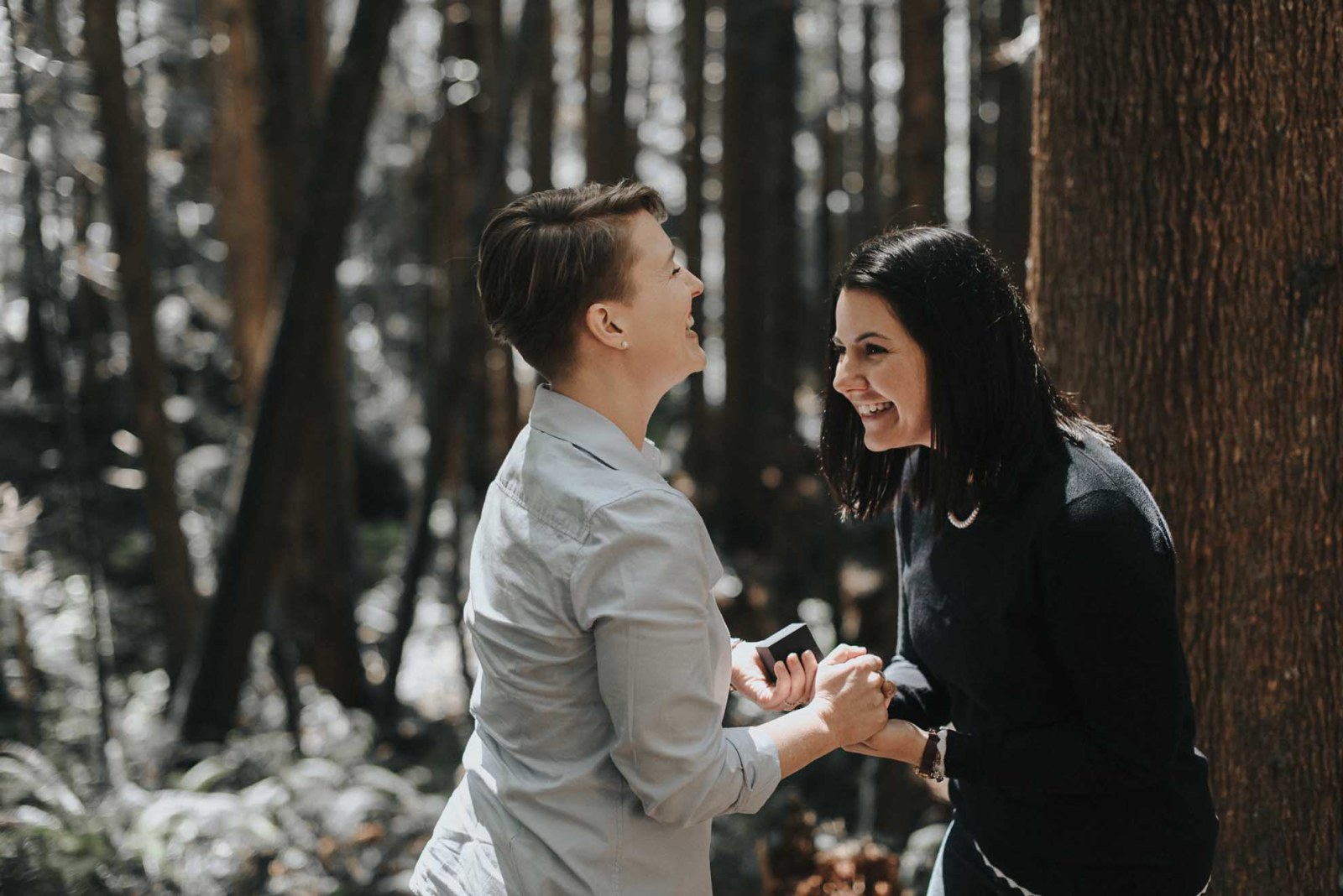 Our story began about two years ago when a blonde Australian sat down in a seat at the bar next to a brunette Canadian. Our story starts with a conversation that was meant to be short and sweet but turned into a fascinating story of long-distance love.

After our first official date on Canadian soil on July 11, 2016, Ebony was scheduled to leave just days after returning to Australia’s homeland. Although I had never even been on a date with a woman, I felt an indescribable pull towards Ebony and knew I would do everything in my power, so she remained in my life. What should have been a scary time of confusion as I figured out my sexuality was not. It was simple; I had found the person I knew I wanted to love forever.

The next two years were filled with many long Skype sessions, WhatsApp audio calls, and flights to the other side of the world. While building a relationship from opposite sides of the world (or #halfaworldaway, as we liked to put it), it built a foundation of love that was solid and built on trust. We did everything in our power to seem close even when we were far; we had weekly traditions, beautiful snail mail, and random surprises cued up for one another. As we fell further in love, saying goodbye at airports began to seem excruciating, so we decided on the rule that we always had to have our next flight/trip/adventure booked.

This past January, a year and a half into our long-distance journey, Ebony packed her bags and moved to Canada. Picking her up at the airport that day felt like a sigh of relief; months of hard days and lonely nights had all been worth it. As life would have it, our relationship still has an element of long-distance as Ebony works overseas. After our first month of “ordinary life” living together, she was scheduled to leave for a three-week work trip. Driving away from the airport that day after dropping her off, I knew it was time to start planning forever. If I had to drop her off at airports for the rest of our life, I would rather it be with her as my wife. So the proposal planning began…

I had spent a long time organizing and carefully planning every detail of my proposal to Ebony, which started with the idea of having a dear old friend, who is now a brilliant photographer, to capture the moment. About a month before the proposal, everything was organized and finalized. Erin (our photographer) sends me a screenshot of a text sent to her by Ebony asking her to do a couple’s photoshoot for us. Uh oh! Erin assured me this would work, and we would make it seem to Ebony as though she had coordinated the whole thing, not knowing she was orchestrating her own proposal day.

A few days leading up to the big day, I started to observe a few things that seemed a bit strange, but I was so nervous about getting ready for the proposal I couldn’t properly comprehend much else. What I didn’t realize was it was because she was planning a proposal of her own. Before the big day, she had reached out to all my key people; Erin, my Mom and Dad, and even my best friend to tell them she was about to propose. As these people already knew my grand plan for that same day, they held their breath in shock and awe and prepared themselves for what was about to be a story of a lifetime.

The morning of Friday, May 11, the big plan began. I left the house while Ebony was on a work conference call, so when she finished the call, both me and the car were missing! A short forty-five minutes later, my Mom arrived to drop off the first clue of the day tell her to “pack her bags. This would be a date day to remember”. Around 10 am my Dad, arrived as her uber driver to pick her up and drop her off at the proposal location. It was around 11:45 when they arrived at my carefully chosen location of Mystic Beach, a trail on the coast of Vancouver Island where a year previous, I had told Ebony she was the one. Once in the parking lot at Mystic Beach, my Dad handed her clue #3, which was a video message from her Mom and Step-Dad in Australia telling her to follow the arrows along the path.

From there, Ebony walked down a winding path through the tall West Coast trees where I was waiting with a letter. A letter which I cried while reading, and finally ended it with me asking her to marry me. After a teary and excited yes followed by some celebratory kisses, she announces that she actually has something for me as well. Stunned at my own proposal, Ebony pulls a ring box from her purse, gets down on one knee and asks ME to marry her.

On Friday, May 11, in a beautiful coincidence in amongst the tall West Coast trees, we BOTH said yes!