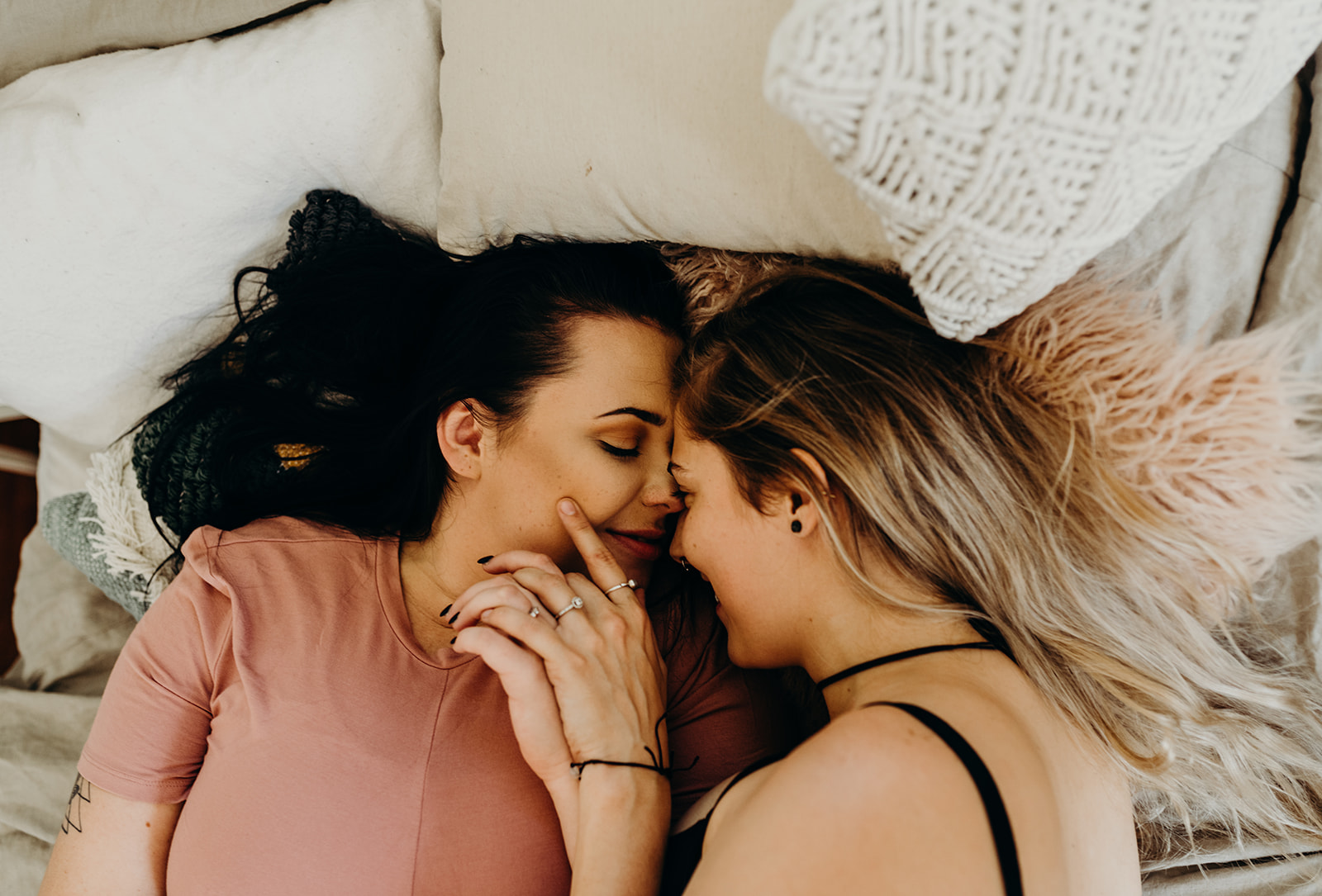 We’ve been together since 2015, and as much as we hate to say it, we met on Tumblr. At the time, I lived in Canberra, and Eden was on the Gold Coast. In a typical lesbian move, Eden quit her job one day, packed up her stuff, and moved to Canberra the next day. This was a bold move considering I was leaving to live in New York for a year shortly afterward.

The proposal is definitely something we discussed. We knew that I had to be the one to propose. If it were up to Eden, we would have been engaged the day we met.

When we first moved to the Gold Coast together, we used to sit on Burleigh Hill and watch the city’s sunset. It quickly became our favorite thing to do and our favorite spot on the Gold Coast. I knew this is where I wanted to propose to her.

I bought a ring that I thought was perfect at first, but a couple of months went by and being the indecisive gal that I am, I changed my mind, and the hunt for a second ring began. It wasn’t too long before I fell in love with a ring at Zamels. It wasn’t too over the top and was a more subtle diamond – but this suited Eden perfectly, and I knew it was the one.

Two rings and six months of planning, I finally proposed. It was perfect. And the secret-keeping – it wasn’t easy.

Since being engaged, we have been so ridiculously loved up; it’s sickening. I swear our relationship has only gotten better. It feels like we’re living in a fairy tale, and when we tell people how happy we are, it just sounds too good to be true.

We’re very, very lucky to have found each other.