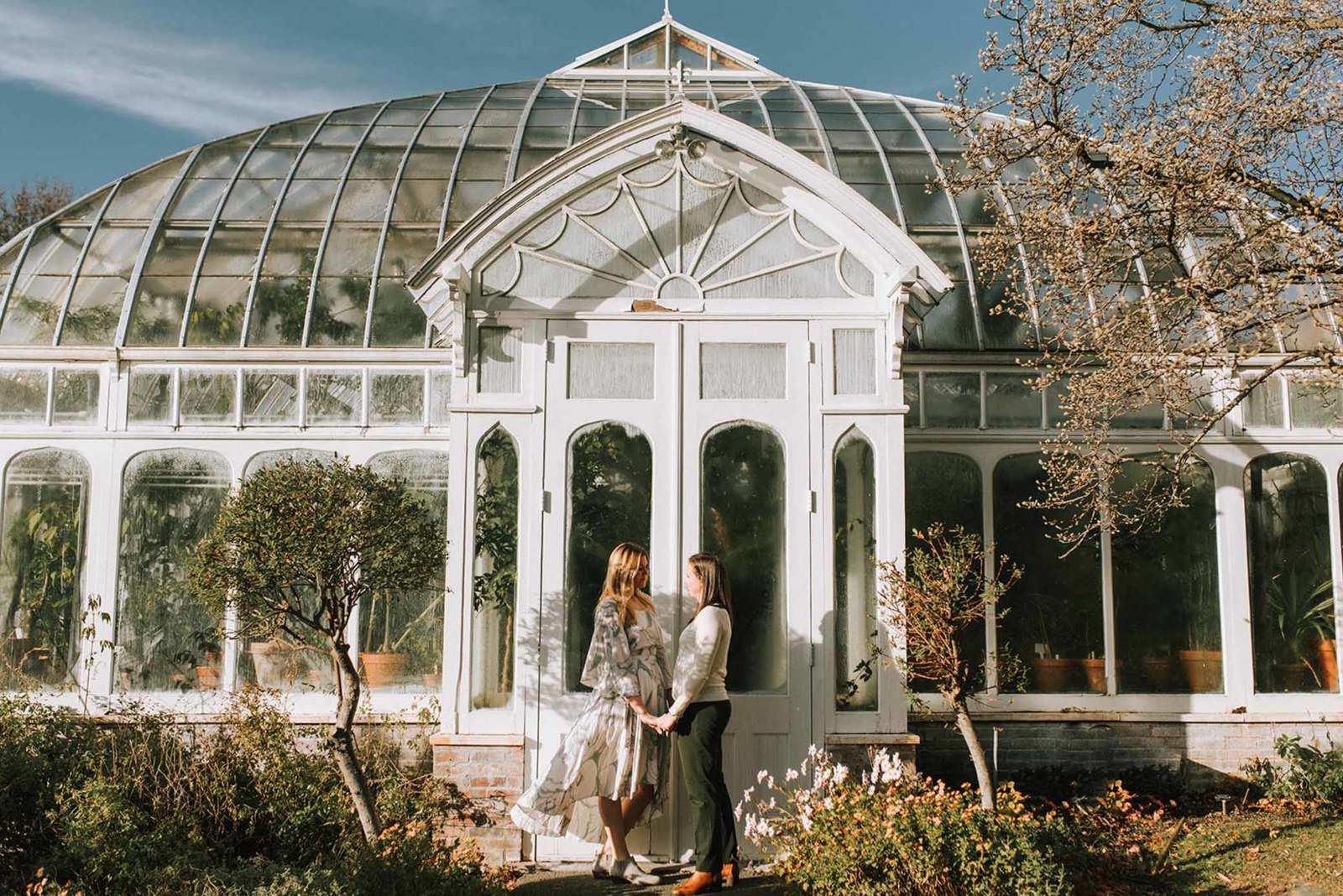 After falling in love at an ugly sweater party, MK proposed to Elena, which took Elena by surprise because she thought she’d have to be the one to pop the question.

We were together just under four years before we got engaged. Our story actually began before we even knew it. MK had graduated college, moved back home, and started assistant coaching a college women’s field hockey team. I was in my junior year at the same university, and my work-study job was to announce the field hockey games. It was in 2012 that I was announcing my future wife’s name over a loudspeaker. Fast forward a few years, and we wound up at the same Ugly Sweater Party. We have been inseparable ever since.

Tell us about your unique proposal!

MK: We had always talked about being together forever, and when Elena moved in with me full-time after nursing school, I started to search for a ring.

That summer, we decided to throw a “Lemonade” themed backyard party to celebrate us moving in together, and I decided this was going to be where I’d propose. I had my brother set up a piñata and whoever had the best-themed outfit got to swing first. While Elena was taking her blind-folded swing at the piñata, I got down on one knee.

E: MK had mentioned how she’d like to be the one to propose someday, so I had picked out her ring and hid it in the closet! When I took off my blindfold, I was so surprised – I never expected her to propose in front of a crowd! My best friend ran upstairs where my ring for her was hidden and brought it down to the party. It was truly the best day to exchange rings with all of our closest friends and family there.

How did you both go about finding engagement rings for one another?

MK: I had an idea of the kind of ring Elena wanted, and I went to a jeweler to have it made. The choice came down to adding a halo of diamonds to the design or keeping it a solitaire, and I couldn’t decide. I actually went out to my car and flipped a coin, and the decision was made to add the halo. She loved it!

E: I got MK’s ring from a local jeweler. A one-carat solitaire with a rose gold band. It’s a timeless design, and I knew that she didn’t want anything too elaborate.

Dan & Lauren – A Proposal at a Lantern Festival in Pennsylvania