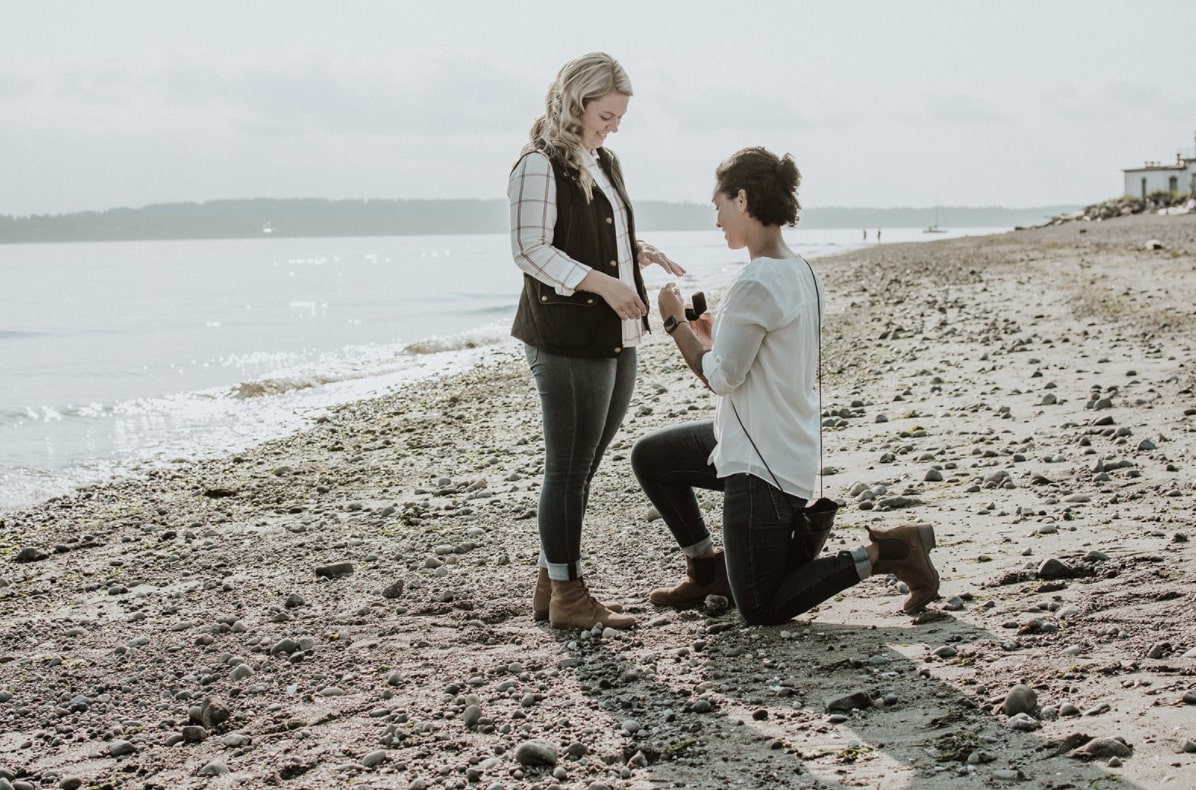 Emily and Rebecca’s entire relationship has been long-distance, but they’ve just taken the next step and each proposed to one another.

Tell us how the love story began.

We’ve been together for a year. We met because Rebecca was traveling to Panama City Beach in Florida for a work trip and she reached out to my roommate because they went to college together. He responded to her, saying that he thought she should meet his roommate – he thought we’d really get along.

We added each other on Instagram and began talking there. About a week later, we met in person and haven’t looked back since!

Give us a little insight into planning two proposals.

We both knew that we wanted to have our own separate proposals so that both of us had the chance to propose, be proposed to, and (hopefully) say yes!

We are long-distance (Alabama and Nevada), and we have been the entire time we’ve been together, but we make it a point to see each other at least once a month. When we can, we try to travel somewhere new and meet up there.

In July, we decided to go to Washington over a long weekend that we both had off of work. It was the most opportune time to propose, and I guess great minds think alike!

We each reached out to different photographers (without the other one knowing) and planned two separate proposals, which just so happened to be less than 12 hours apart from each other.

What does your engagement mean to you both, has anything changed?

For me our engagement was a chance to say to each other and the world that this is the real deal. We haven’t been together for a super long time, and definitely not in the eyes of the world. But when you know, you know. The engagement was the ultimate chance to say to her that I have never been more certain of another person and that I am just as in love with her now as I have ever been, if not more.

Rebecca says, the engagement is a physical sign of our commitment to each other. It says to the other person that I want to be with you forever and that you are my person.

When do you plan to close the distance between you?

We are scheduled to finally be able to live together starting next summer 2022. We are both incredibly fortunate to be getting stationed in Washington, so we are looking forward to finally living together.

We both fully believe that if we’re willing to work at it, we can make the distance work. We live 1700+ miles apart and a time zone apart but we are both fully committed to putting in the work because we really love each other.

Abby & Jo – An Outdoor Wedding in the Uinta National Forest

Anna & Jess – A TikTok Romance & A Chic Wedding at Falmouth