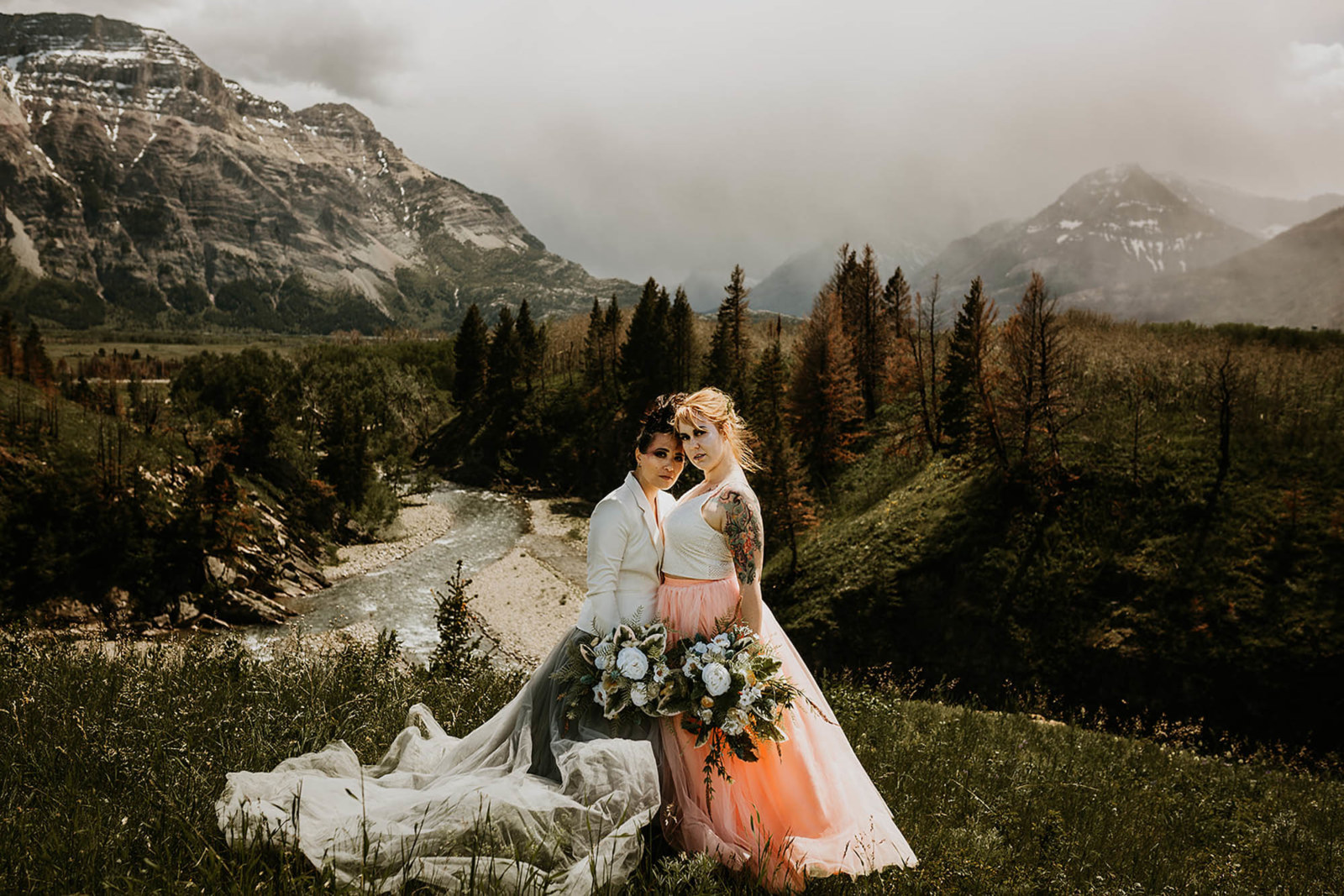 From the perspective of both lovers, Estairia and Sialo share their journies of self-discovery. Working hard on both themselves and their relationship to thrive in their polyamorous love.

It was about three years ago when I decided that I was ready for a relationship. I’d lived my whole life convincing myself that I was better off alone. I was perfectly happy to live out the rest of my days as a single woman.

I had grown up believing that being in a relationship would trap me.

Luckily I met some people along my life journey that helped me see that relationship can be freeing, and you can still pursue all your dreams while having a hand to hold along the way. So I decided I was “ready” for a relationship and wrote down a list of qualities I wanted my partner to have. Then little did I know that I would meet that girl the next day.

I was in complete denial that she was the one. I was not physically attracted to her at first glance, and I even red-flagged the relationship early on when she made a comment about my cheekbones. In honesty, I said to her, “I’m just not attracted to you in that way,”. Lucky me, she was okay to just be great friends.

But three dates later I couldn’t help but admit that I was super attracted to her!!

Our first year together was so hard! I was triggered by her every day.

I came from a monogamous background and only tried dating men. BOOM I meet Sialo and she tells me she’s polyamorous, teaches sacred sexuality, and prefers men sexually over women. Geez, do I know how to pick a challenge or what?

All that aside, I’m so grateful that I had already started to build my foundation. I became aware of how I was programmed to live my life rather than living my true life based on my own beliefs. It would have been so easy to blame the polyamory for all the struggles and pain I was receiving. But, I knew better than that. Nothing outside of me is to blame for how I feel and live my life.

I took all those opportunities (and still to this day) as a choice to heal rather than run away from it. Sialo has been a huge gift in my life, teaching me the vastness and depth of love and helping me realize that love is not limited!

I have no idea what lies in the future for us. That is the best and worst part of it. Not knowing lies the possibility of anything but also not knowing creates fear of the unknown. What I hope for us is that we continually evolve into a better version of ourselves each day. We have a strong foundation of love and support and add to our community of open-minded beings that believe in the power of love!

Like most of us, my first examples of relationships formed when I was a child and were heavily influenced by family. The difficulty in this for me was that my family turned out to be extremely different than I was. I started exploring non-monogamous and non-heteronormative relationships in my early 20’s. Quickly, I received a lot of pushback and feelings of rejection from my birth family, my closest friends and mentors.

In desperate attempts to heal the depression and anxiety that came along with my journey, I challenged everything that I had been taught was “normal” and “right”. I wanted to discover who I was. I wanted to see if it was different than how I was taught I was supposed to be.

Unsurprisingly, I began to uncover that many of my deepest desires were drastically different than the examples I thought I was supposed to mimic. As I dug through the layers of hetero and monogamy normative conditioning, I found deep shame inside of me. I realized that I had been living believing that my most potent, heart-based desires were not only different than I had been living, but they were so deeply buried that I didn’t even know what they were.

Eventually, with my years of self-work and training in Life Coaching, Spiritual Teachings, and work in Tantra and Sacred Sexuality, I began to feel that it would be impossible to meet people who would match my unique and rare desires. I had convinced myself on a subconscious level that a deep relationship just didn’t exist for me. I was solo for life, in a constantly revolving cycle of semi-superficial highly sexually dominant friend-with-benefit relationships. At the same time, I was digging into my internal desires and building a foundation for myself of stability and strength in my beliefs. I slowly grew to feel that my most difficult experiences were actually my greatest teachers. I still remained single, but had some glimmer of hope that somewhere out there were people who not only would accept my unique self but would appreciate it and love it, flaws and all.

When I met Estairia, I was open. I had my heart broken so many times at this point and had chosen to continue accepting love on continually deepening levels, taking the seemingly inevitable breakup as an opportunity to learn to let go of what wasn’t a fit for me in order to make room for the new love that always came next.

Estairia stepped into this space with such a bold confidence! A part of me felt so terrified that this person did not shy away from my crazy, and I continued to tone down myself into the first year or so of the relationship. Slowly and steadily, Estairia showed me that she was willing to do all the self-work necessary to build a continually stronger and more authentic, vulnerable relationship. She blew me away with her ability to bluntly tell me what she felt and thought. In this rawness, she allowed me to see her most internal fears and desires, showing me that I was safe to do the same.

We built the foundation of the relationship with almost no external support. Very few people in our lives could relate to our style of relationship, but this truly encouraged us to hold strong to each other and to never give up on what we had with each other. We had so many moments where we felt that the lack of support and the fears and challenges would just be more than we could handle.

We continued to practice radical vulnerability with each other and our community through these heart shaking experiences. Our community grew as we found more people who related to some of our struggles. The bond we were forming with each other also intensified as we shared every fear with each other. We told each other unapologetically about our ever-changing desires, fears, and triggers. Estairia accepted, and continues to accept, every curveball I threw her. She endlessly fought to love me for everything I was, and to heal her own heart in the process.

Estairia truly felt like pure safety and comfort after we had worked through challenges together. There were no butterflies, but there was a continual feeling of ‘home’. That felt more real than any I had felt before.

We eventually, and without hesitation, committed ourselves to each other. We didn’t promise “till death do us part”. Instead, I told her that, no matter what, I would do everything in my power to build her up. I promised to continually choose to be her cheerleader in life, no matter what. I told her without a doubt that I will choose to focus on her gifts and possibilities. To trust that she will constantly work to respect and love me.

I will continue to give to her my heart, my love, my support, my home, and my constant belief in her and her potential in every aspect.

The steady reciprocation of this commitment is the safest and most authentic form of home I have ever felt. I feel so much love and acceptance from this woman. I have found more joy, peace, and connection in this relationship than I had imagined was available to me. She teaches me endlessly about what humans are capable of in relation to each other.

Our future holds more than I can know. I have no doubt that our co-created lives will continue to expand beyond what I knew was possible.

Lauren & Tara – Lack of Acceptance and a Mountain Elopement