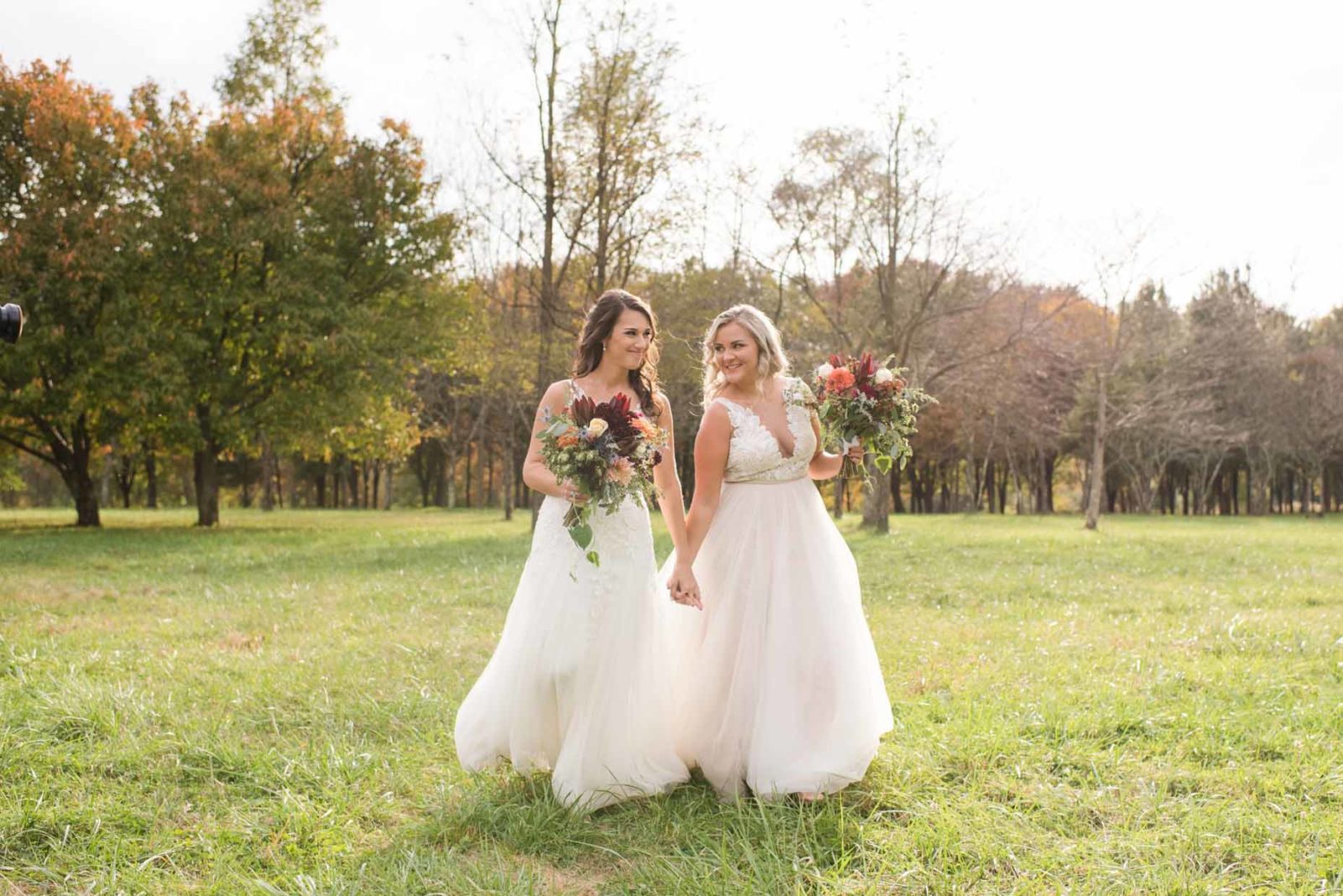 Incorporating Jewish traditions into their two bride wedding was something that was important – that and incorporating their mutual love of beer.

Given that Gussie fell in love with Sam after only a few dates and almost immediately after ending another serious, years-long relationship she was skeptical of her own feelings in the beginning. She began keeping a note in her phone of all the reasons she knew that Sam was “the one.” So that she’d be able to read all her misconceptions later if she was proven wrong and hopefully prevent herself from making the same mistake in the future.

Gussie continued to maintain this note as time went on. And she grew more confident that Sam was her end game. What started as a bulleted list in her phones grew. Gussie synthesized what began as a bulleted list in her phone and grew to include countless pictures, videos, and memories and compiled them into a proposal movie. Gussie surprised Sam by reserving the theater in our apartment building and showing her the movie.

On our way back to the apartment after a night out with friends, Gussie pretended that she needed to pick up her keys that she had accidentally left downstairs earlier that day from the apartment building’s concierge, who was setting up for an event in the theater. Sam sat down, very confused by why I asked her to sit down and what movie was playing. By the time Sam realized what was going on, Gussie was down on one knee and Sam was utterly overwhelmed with joy and surprise. One of our closest friends was hiding in the back row of the theater, filming Sam’s reaction to the proposal.

How did you incorporate dumpster diving into wedding prep?

In addition to mixing cement in the bathroom of our studio apartment, we were also doing unusual things leading up to the wedding, like dumpster diving. Gussie initially thought that she could personally drink every beer needed for the party favors and décor. Still, when we started getting pressed on time, we found ourselves asking local establishments if we could pick through their recycling bins for beer cans and bottles. For example, one night, we went axe throwing for a friend’s birthday and found ourselves impressed by the can selection in their recycling bin, so we asked if we could pick through it.

Tell us some unforgettable moments from the wedding day.