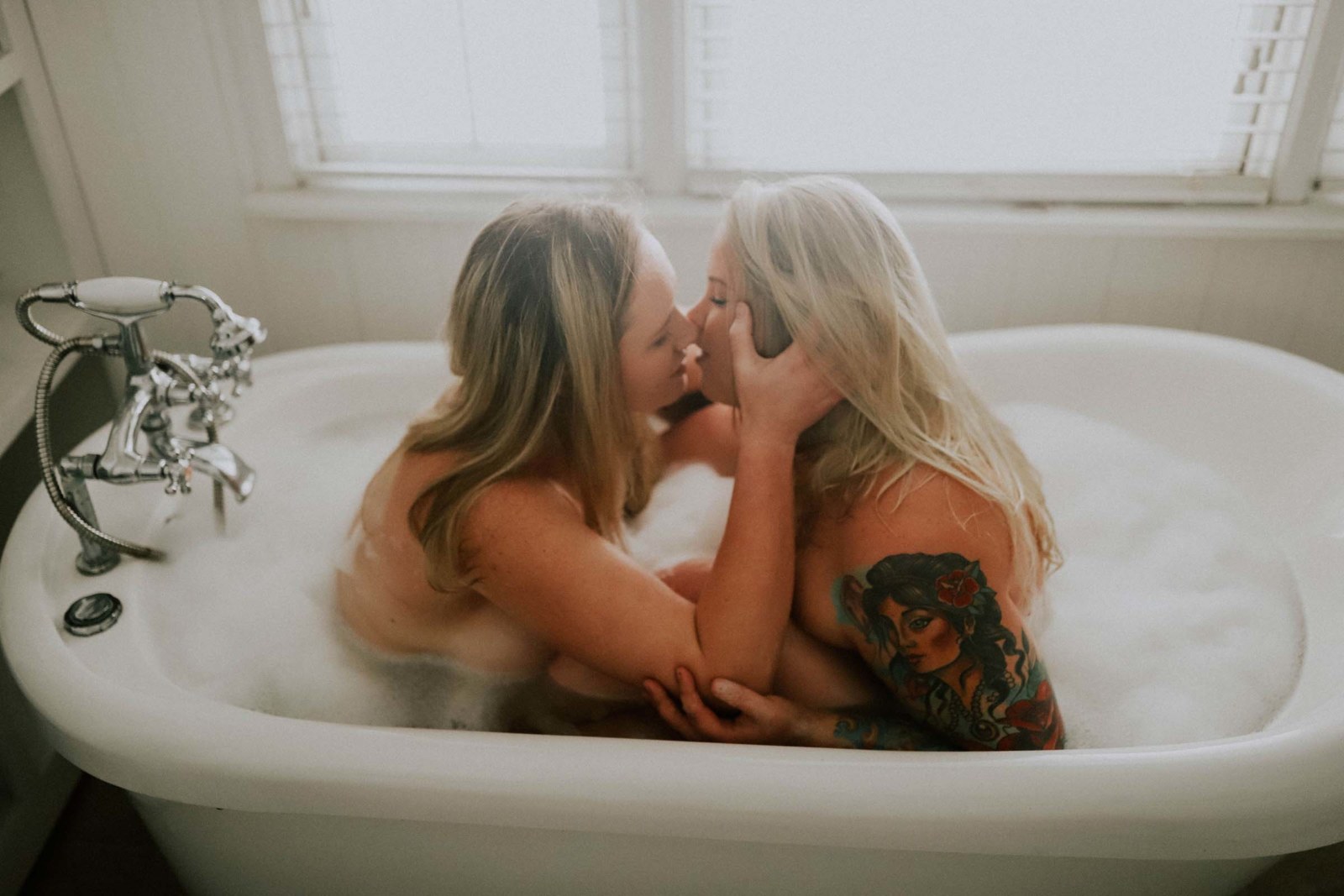 Hillary and Jessica have been together for eight ‘absolutely amazingly sweet’ months but have a lifetime together ahead of them. As they say, when you know, you know. They are two lovers who honestly feel like everything that they have gone through in life, good and bad, has led them to each other and to the love and family that they have together.

They met how most couples meet in the 21st century, on Tinder. Hillary swiped right on Jessica first and anxiously awaited a notification to say that they had matched. When they did, they planned to meet up just a few days later.

The first date was at a place called ‘Uncle’ in the Highlands of Colorado. Together they ate the most delicious bowls of ramen on the patio, and the conversation just flowed. After dinner, they drove to a random patch of poppies – which so happens to be Hillary’s favorite flower, sat on the curb, and talked for hours.

Jessica said to her Dad just twelve days after that date, “I am going to marry this girl.” Dad suggested they U-Haul, and about a month later, Hillary and Jessica found an apartment together and rescued two cats; a kitten and her mamma.

One of the most important parts of Hillary and Jessica’s relationship is that it includes another human. Harper is Hillary’s biological daughter.
Hillary found herself pregnant after a one night stand and decided that she would raise Harper on her own. While she knew that the journey would be sometimes challenging, Hillary always dreamt of having another Mommy for Harper that would fit perfectly into their little family.

“The relationship that Jessica and Harper share is indescribable. It’s something you have to see in person to appreciate how special it is. There really are no words to explain the sweet and special connection they share adequately”, says Hillary.

While Hillary and Jess aren’t engaged yet, they are both planning separate proposals to one another, and they’ve started to make plans for a wedding.

Towards the end of 2019, Hillary and Jess are planning a tropical destination elopement, something that is intimate and special, where a handful of their family and friends can come together to celebrate.

Their wedding vendor list will be kept small. Hillary plans to forage the local habitat to make the bouquets and florals, and they have shortlisted photographers and videographers. The day will be kept simple, emphasizing enjoying what the day is really about; Hillary, Jess, and Harper.

Hillary and Harper are so thankful that they have found their ‘Jessie’ and get to marry her.

They are both looking forward to ‘officially’ becoming a family and sharing one last name. While they might still be deciding over who will have Harper as their maid-of-honor, Harper is busy deciding whether she will wear a ‘cute suit,’ like Jessica, or if she will wear a ‘pretty boho dress’ like Hillary.