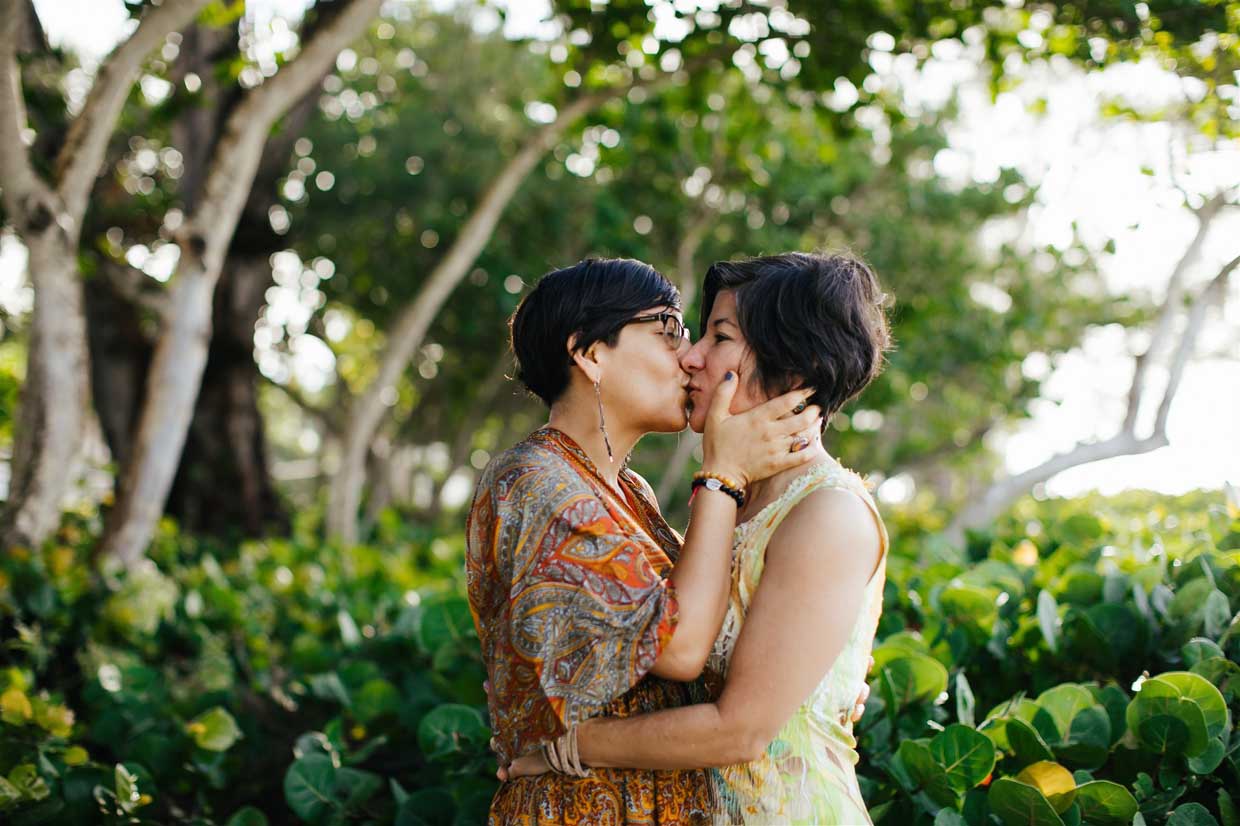 We’re a couple in love with all things energy and everything woo! So you’ll catch us shopping for crystals, reading tarot cards, and cleansing our place with Palo Santo on any given day.

We host a weekly podcast called Energy On Purpose, where we aim to normalize energy medicine, manifestation, neuroplasticity, and the untapped potential of the subconscious mind to empower womxn to be, do, and have everything she desires!

We met at a cloth diapering class when we were seven months pregnant and married to our now ex-husbands. However, we didn’t become friends until months later when we reconnected at a mommy and me class when our kiddos were ten months. After that, we became really close friends, but it wasn’t until many years later that we realized that we had feelings for one another that was definitely more than just friendship. The rest, as they say, is history.

Indira- I was the one to propose. It was a total surprise for Priscilla because we had already decided to get married and skip the whole proposal. Funny enough, the first person I reached out to was our financial planner to decide on a budget for the ring.

How did you plan the proposal in secret?

Priscilla and I live and work together, so it was challenging to plan things without her finding out. She’s also uber perceptive, and she definitely knew I had something up my sleeve. However, our anniversary was coming up, so she thought it was related to that. The only time I had available for planning was when I walked my dog or while driving in the car. Because of COVID, I was limited to what I could do, so I had to get creative and tweak my original idea, but it all worked out in the end.

We’ve been in a committed relationship for so many years that nothing has changed per se; however, being able to legally marry as a same-sex couple feels absolutely amazing!

We knew early on that we wanted to elope just the two of us. We looked into an adventure elopement on the west coast during our initial planning stage, but Priscilla didn’t truly feel a connection to that, so we paused planning for a while. Then something amazing happened, or as we like to think, the universe at work.

We received a pitch from two incredible womxn who are business partners to be guests on our podcast. When we looked at their website, we were immediately drawn to what they do, and we noticed they had a retreat coming up in the Georgia Mountains in October. We had a fantastic connection during the podcast, and as soon as we finished recording, I told Priscilla, “Wouldn’t it be amazing if they would marry us at the retreat?” Priscilla loved the idea. So we asked them if they would be willing to get ordained and marry us at the retreat. To our delight, they said yes!

So now, our elopement has morphed into spending three days of transformative, spiritual, and energetic work in the Georgia Mountains. And on the last day of the retreat, we’ll get to say “I Do.”

We’re all about the woo, and we definitely want that component to be part of the wedding. So for us, it’ll be about bringing all the things we love like crystals, sound healing, meditation, the daily energy routine and incorporating it into our ceremony. We’ve asked the two beautiful souls who will be performing our ceremony, the Spirit Mamas, to add their spiritual element. We’re excited to see what they come up with.

Julia & Shelby – On Being Queer and Christian