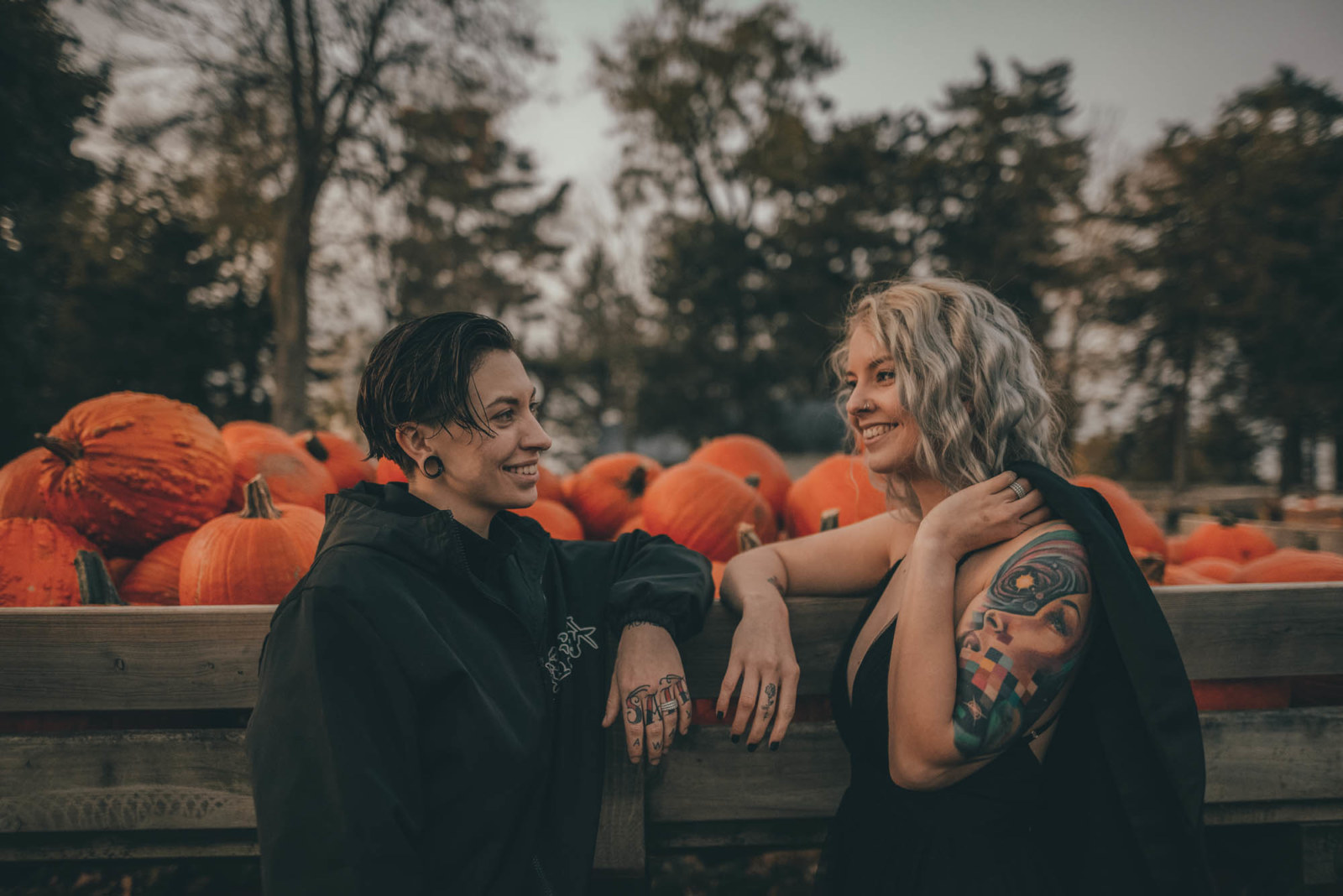 Ivy chose Thanksgiving, surrounded by both their families, to ask Shania to be her wife. They’re now planning their Iowa wedding day at a barn that’s meaningful to Ivy’s family.

Tell us a little about how you two ended up together.

I & S: We have been together since November of 2016. We both went to small schools in the same district but never had an opportunity to meet.

Coincidentally, we were both Homecoming Queens at our schools the same year.

I started to develop a crush on Shania around high school graduation but didn’t do anything about it until October of 2016. I reached out to wish Shania a happy birthday, and that’s basically where it all started.

Ivy, tell us about the Thankgiving proposal?

I: It was discussed that I would be the one to propose, but the details were not planned out at all. Without Shania knowing, I spoke with her siblings and found the perfect ring. Shania’s family also hosted a large Thanksgiving get together that involved most of Shania’s extended and close family members. My family was able to attend Thanksgiving as well.

As much as I wanted to, I didn’t tell Shania’s mother my plan because I wanted to surprise her as well. I did speak with Shania’s father beforehand and told him what was about to happen.

The day of the proposal was a little stressful for Shania. She started her period and was having some bad cramps, on top of overstuffing herself on Thanksgiving food. So when it came time for me to propose, it took some convincing to get Shania out of her seat to walk across the room so we could be in the center of everyone. Her pants were unbuttoned and everything.

She was completely surprised when I got down on one knee and presented the ring to her.

I: Shania and I love each other more than we can describe. We know we’re meant to be and believe we are truly soulmates. We have both been amazed at how well we connect and work together, we are engaged and getting married for ourselves, but it’s also to show the rest of the world that together we are the best we can be. It’ll always be us.

Wedding planning is going pretty well! Shania and I make a great team and share a lot of the same ideas, so getting everything together is easy and stress-free, so far. We’ve been putting together our guest list and will be sending out save the dates pretty soon. We hope the event is super fun and everyone has a great time. I think our families will get along very well, and it’ll be a day that everyone will remember for years to come.

Nina Hill, who took our engagement photos, will also capture our wedding and we’ve chosen a few other wedding vendors. We’ve also chosen a venue. My Dad and brother both married there, so it holds a lot of meaning.

Freya, Hannah & Birdie – Conceived via IUI in the UK