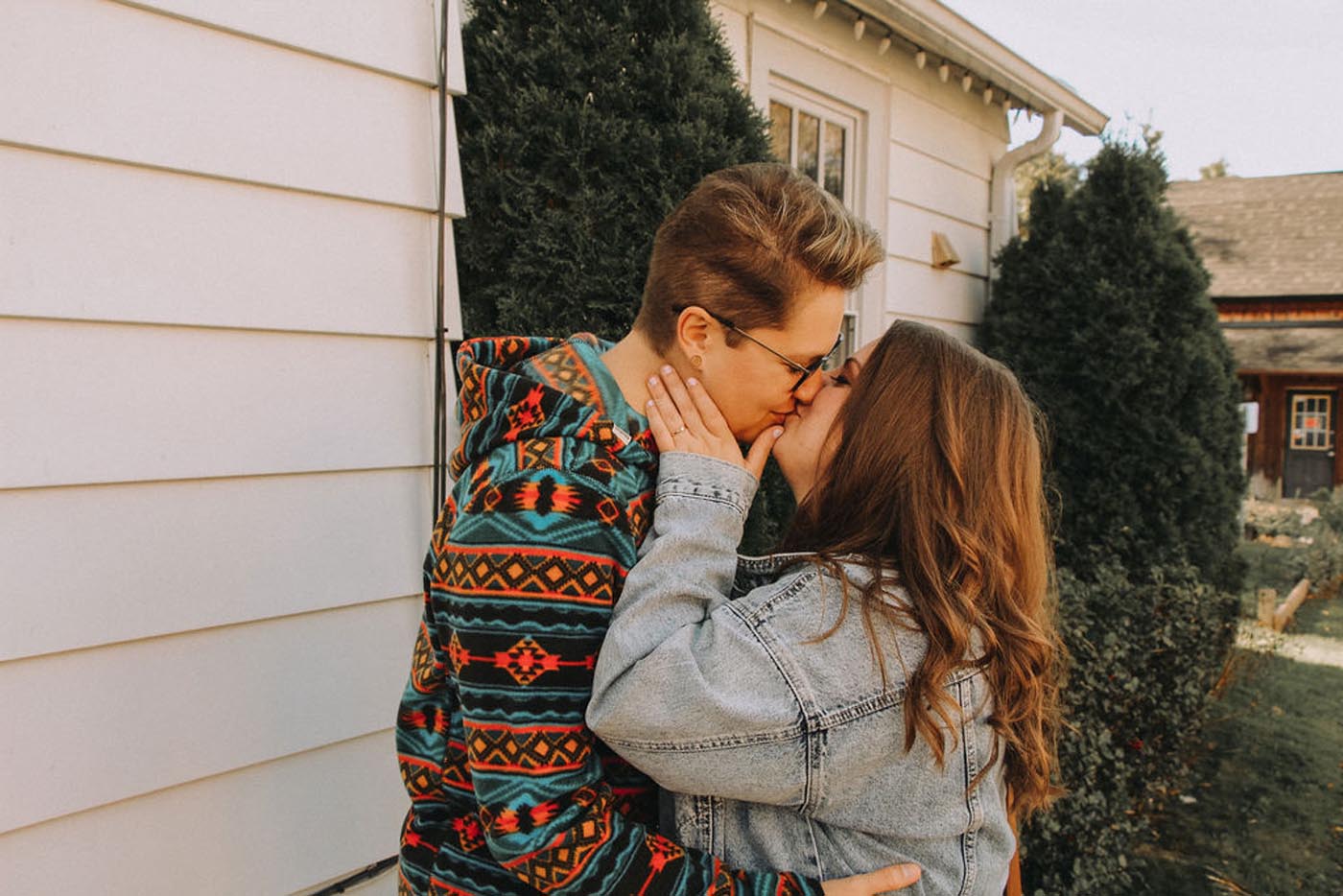 We’ve been together for over eight years and met online. Oddly enough, after getting to know each other, we discovered that we actually knew many of the same people.

I knew I wanted to Marry Jen. I’ve always known, but I also knew a proposal had to be special. Since I’ve known her, she has always talked about wanting to go to Vancouver. So, I planned a trip out there for May of this year. For Valentines Day, I got a print of a map of Vancouver framed and printed and wrapped it with a note on the back saying, “Wanna go?”.

Between Valentine’s Day and the trip, I repeatedly thought about how and when I would ask.

About a week before we left, I was talking to my boss about the trip. He lived in Vancouver for a while and told me about driving up to Whistler and how beautiful it was. He said there were many lookout points on the way up and told me to stop at every one. Boy, was he ever right– it was stunning!

I was so nervous our carry-on bags would get checked at the airport, and she would see the ring. I figured if she did, it would still make a great story!

About an hour into our drive, we stopped at our first lookout point: “Tantalus Lookout.” As we stood there in awe looking at the three perfect points of the mountain range, I WAS SO NERVOUS! I wanted to say something a little more meaningful but just blurted out, “Well, you can now cross this off your bucket list… but I still have one more thing to cross off of mine”. I then dropped down to one knee and asked her to marry me. It was honestly perfect. About five minutes after, when we were all teary-eyed, a car drove up, and a guy got out. He came up about ten feet beside us on the rock we were on, took a seat, and lit his joint… so B.C. We chuckled and made our way back to the car and kept on our way up to Whistler.

How wonderful! It was nearly a ruined surprise, though, what happened?

When we were in Vancouver, we were out for dinner at a great Lebanese restaurant a couple of days before I proposed. After we ordered, Jen smiled and said, “This is so great. Wouldn’t it be funny if you proposed to me out here?”. I laughed it off, but inside I told myself, “don’t give it away, Tiff remain calm.” She still had no idea I would, and it was definitely a surprise when I asked her.

We both feel that our love for each other hasn’t changed. However, we feel like our engagement gave us this extra thing. It’s hard to describe, but afterward, we felt like we were in even more of a partnership, like we really are in this crazy life together as a team and will be now for as long as we live.

The wedding planning is going great. We’ve booked our venue and are nervous and excited for the big day. We’ve got about 120 people coming, and we are worried about having so many eyes on us. We know we’re going to be so overwhelmed with emotion when we see all our loved ones there for us on such a special day. We can’t wait to party with everyone to close it all out.