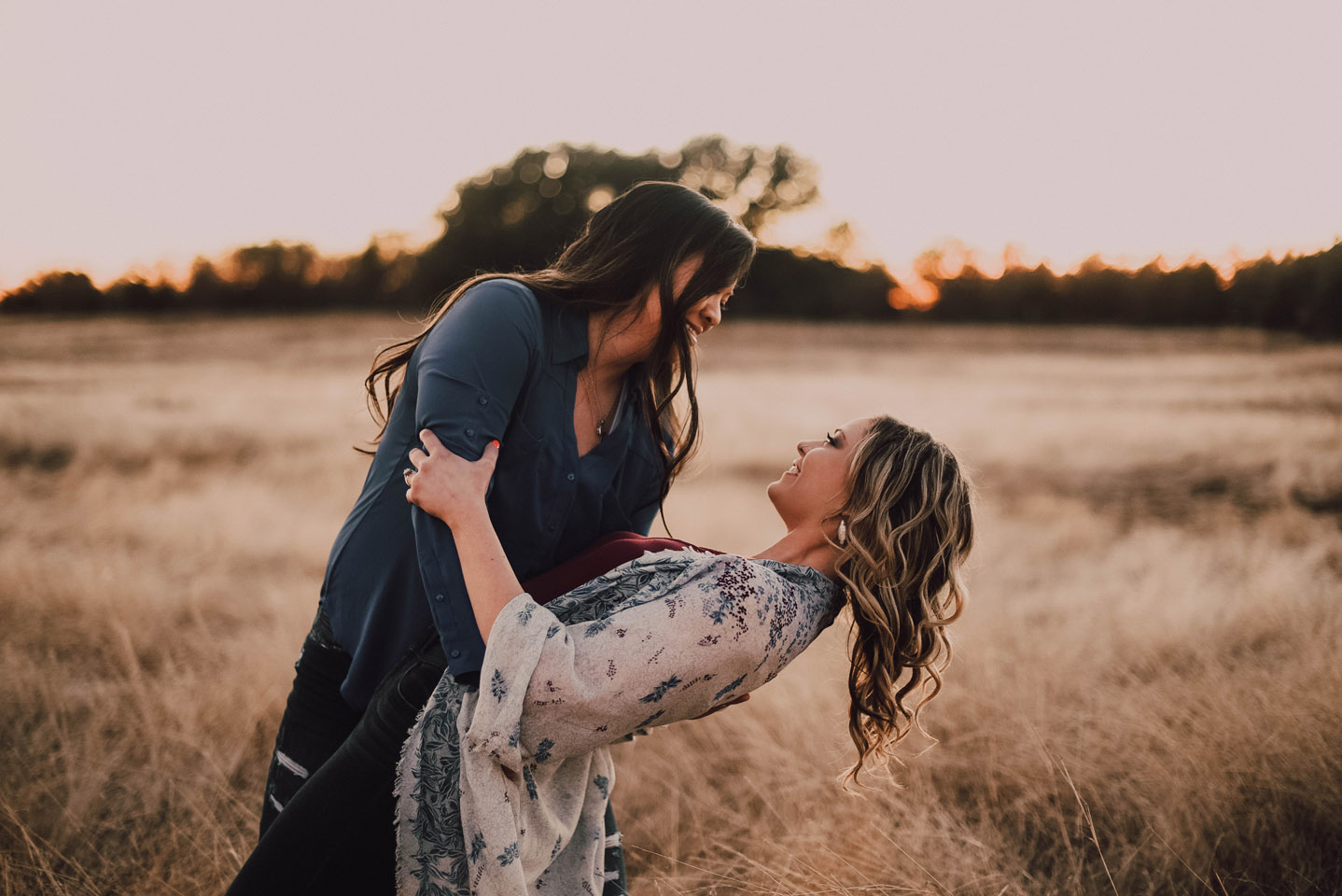 We had talked about getting engaged, but I told Julie I didn’t want to get married until I had finished school. Impatiently, she asked me if we could be engaged before I graduated and, of course, I said yes to that!

At the end of 2017, she took me to look at rings, so I figured it would happen soon. A few months later, she had planned a private flight for us over Dallas; I was POSITIVE it was going to happen then. Julie could tell I was on to her, so she switched it up on me.

Her birthday is in February and Julie had told me we were going to have dinner with friends for that. I didn’t think anything of it. After all, our plane ride was the following day. That’s when I felt the magic would happen.

We went to dinner, and after dinner, we walked out of the restaurant into the pouring rain.

Everyone was in front of me and was stalling me, and I couldn’t work out what was going on! Then I hear a guy playing the guitar and singing our song “Say You Won’t Let Go” by James Arthur. The next thing I saw was Julie. She looked at me and got down on one knee; I could tell she was so nervous. She then said, “Mary Kathryn Clark, will you marry me?”

Of course, I said yes.

I thought I knew what I wanted an engagement ring, but Julie wanted to shop together so she could have an idea of what to get. I ended up liking the one she told me to try on more than anything else we looked at. The ring is 1.5 ct. Double halo, and it is PERFECT.

Our engagement is like the first step to the rest of our lives. I wouldn’t say anything has changed for us. I know I get to go to bed next to my favorite person in the world every night. And wake up next to her every morning for the rest of my life. That is the best feeling in the world.

Wedding planning is going really well, and we haven’t found it stressful at all. We want our wedding to be like a big party to celebrate us and our love.

But, if we are honest, choosing vendors has been a little nerve-racking. Being a part of the LGBTQ+ community, you never know who is ok with us being a same-sex couple and who isn’t. We see stories on the news of people who won’t make cakes for a gay wedding and stuff like that, so it has been daunting.

We went to a few bridal shows together, and so many vendors assumed that we were two friends there together, and not very many of them would put two and two together when we would say our wedding day was the same day. The photographer that took our engagement pictures, April, was a completely different story. Her booth caught our eye because her photos were amazing, but what really sold me was her.

When she talked to us, she just knew we were together and talked to us like a couple, making things a lot less awkward and so much easier.

Losing Everything, Only to Rebuild and Fall Deeper in Love

Becca & Kim – A Queer Wedding with a Bounce House