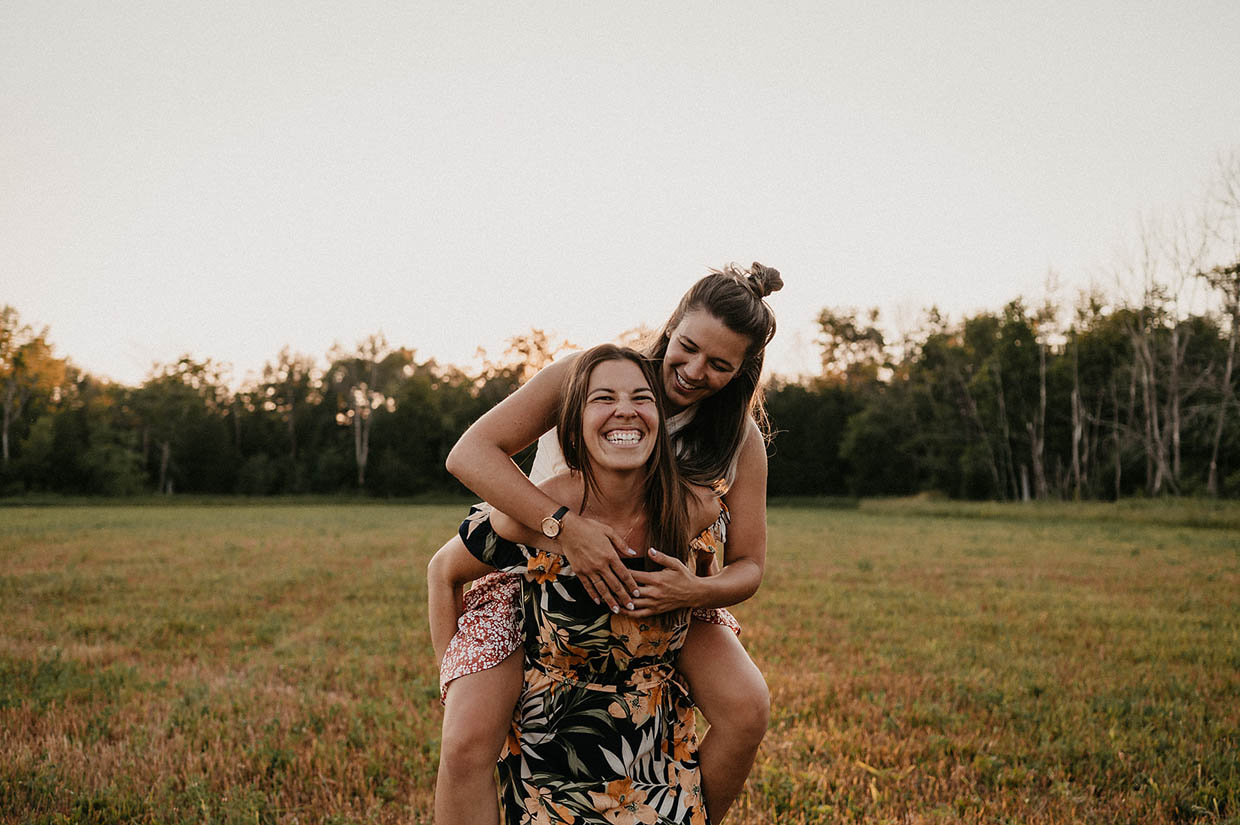 The Road to Parenthood as a Queer Family – IVF Journey

I developed a slight obsession with baby goats over the pandemic lockdowns (I mean, look at their cute faces!!) and one way or another, it became a running joke in our house that Megan and I would call each other “goat” as a pet name. So embarrassing, but the pandemic was a weird time!

We had been together for about four years, and our photographer friend Heather messaged us and asked if we would do a shoot with her at a secret location. Of course, we were both super curious and agreed immediately to do the shoot. Everything seemed to be going as usual in the days leading up to the shoot. I had no idea this would be anything but a normal shoot.

When we got to the location, I realized it was a local glamping/farm and immediately fell in love with the outdoor oasis that had been built in this magical woodland. Our photographer Heather greeted us and said she had been playing with lighting and wanted to get some shots of us in the forest. As she was taking photos, she told us she had a little friend for us, and a BABY GOAT came up the path behind us! Her name was Willow, and she was the cutest thing ever! I immediately started swooning and asked when we could see the other goats, which is when I saw a letter tied around the goat’s neck on her bow. And that’s when I realized this wasn’t a regular photoshoot!

Megan had been planning her proposal for five months and had convinced Heather to play along and pretend that SHE was the one setting up the shoot, but it had been Megan all along! I was absolutely blown away and completely surprised! A goat proposal might not be for everyone, but it was the GOAT (greatest of all time) for me! Then, to top things off, when Megan told me I could go see the other goats after she proposed. I was surprised AGAIN to find our parents and close friends waiting IN THE BARN to surprise us with a mini celebration.

It was truly a one-of-a-kind engagement and melted my heart.

A Proposal at Busch Stadium in St. Louis, Missouri

The Road to Parenthood as a Queer Family – IVF Journey

Kayla & Tasha – A Surprise Proposal Photoshoot with an Heirloom Ring