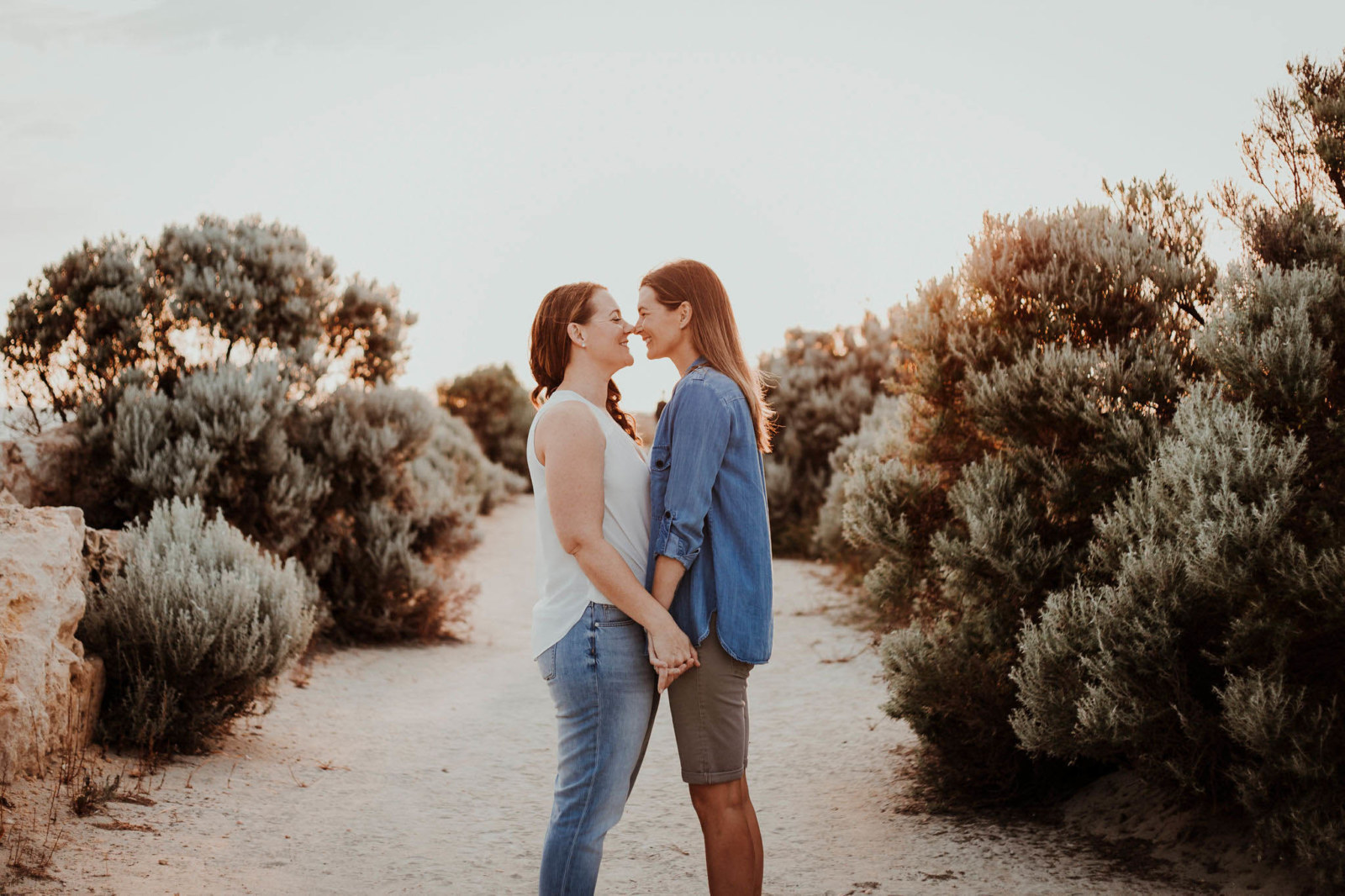 We just celebrated our fourth anniversary.

We met through the online dating site of Compatible Partners (a subsidiary of e-Harmony). It was when Taryn saw a photo of Karen on the beach with a Corona that caught her eye and ‘sent’ her a smile. From there, we chatted a little online before our first meeting at a café at South Beach in Fremantle. It was a fairy tale of love at first sight and four years later still feel the same magic every day.

We had started talking about marriage before the marriage equality laws were passed. We often joked around, saying what if one or the other proposed first. Karen had also made a comment saying she wanted an epic proposal. That is when a thought crossed Taryn’s mind, and she made it clear that Karen wasn’t allowed to be the one to propose!

We have a very special song between us, called ‘Catch You’ by one of our favourite musicians, Toby Beard. Taryn had a hobby playing the saxophone and secretly approached Toby to ask if she could perform the song with her and the band on stage, then after the song was finished, get Karen on stage to pop the question. Toby was very supportive of the idea and the rest, as they say, is history.

Taryn had to learn to play the song on the saxophone. And it wasn’t long before Karen asked why she kept playing ‘our special song’ over and over again. Taryn couldn’t tell a fib to save her life and tried to brush it off. Saying it was an assignment her saxophone teacher had given her. Karen was well aware Taryn had also booked tickets for a Toby gig at the Ellington Jazz Club and was putting in a lot of practice playing her saxophone.

The Ellington Jazz Club is such a personal, intimate venue. It really does take your breath away when Toby plays there. Toby’s suggestion to play and propose at this venue has such an awesome vibe.

When it comes to engagement rings, we have the same concept design. We both have diamonds extracted from previous relationships’ rings, representing our journey, and it had financial savings.

The rings were designed and made by Mark Cox Jewellery in Geraldton, Western Australia.

We are finding wedding vendors through word of mouth where possible.

Our photographer was recommended through a friend, and Sara Hannagan is perfect for us.

We have a very good friend taking care of our flowers, Tara Mason from Honey Bud Flowers.

We stumbled across our wedding attire provider – English Rose Bridal. And had so much fun choosing our outfits, and the ladies there were so lovely and fun during this time.

Joanne Armstrong from Wild Heart Celebrations is our celebrant, and she is the perfect fit for us. We spent a considerable amount of time seeking out a celebrant that we could relate to. One that ‘felt’ right for us.

We have chosen to get married on the beach as that’s where we met and have spent many magical times together.

Anke & Shan – A Wedding at a Farm, The Woods Farm

Aimee & Jaye – A Modern Courthouse Elopement in the City

Hannah & Joan- a stunning DIY wedding bought together by family and friends.