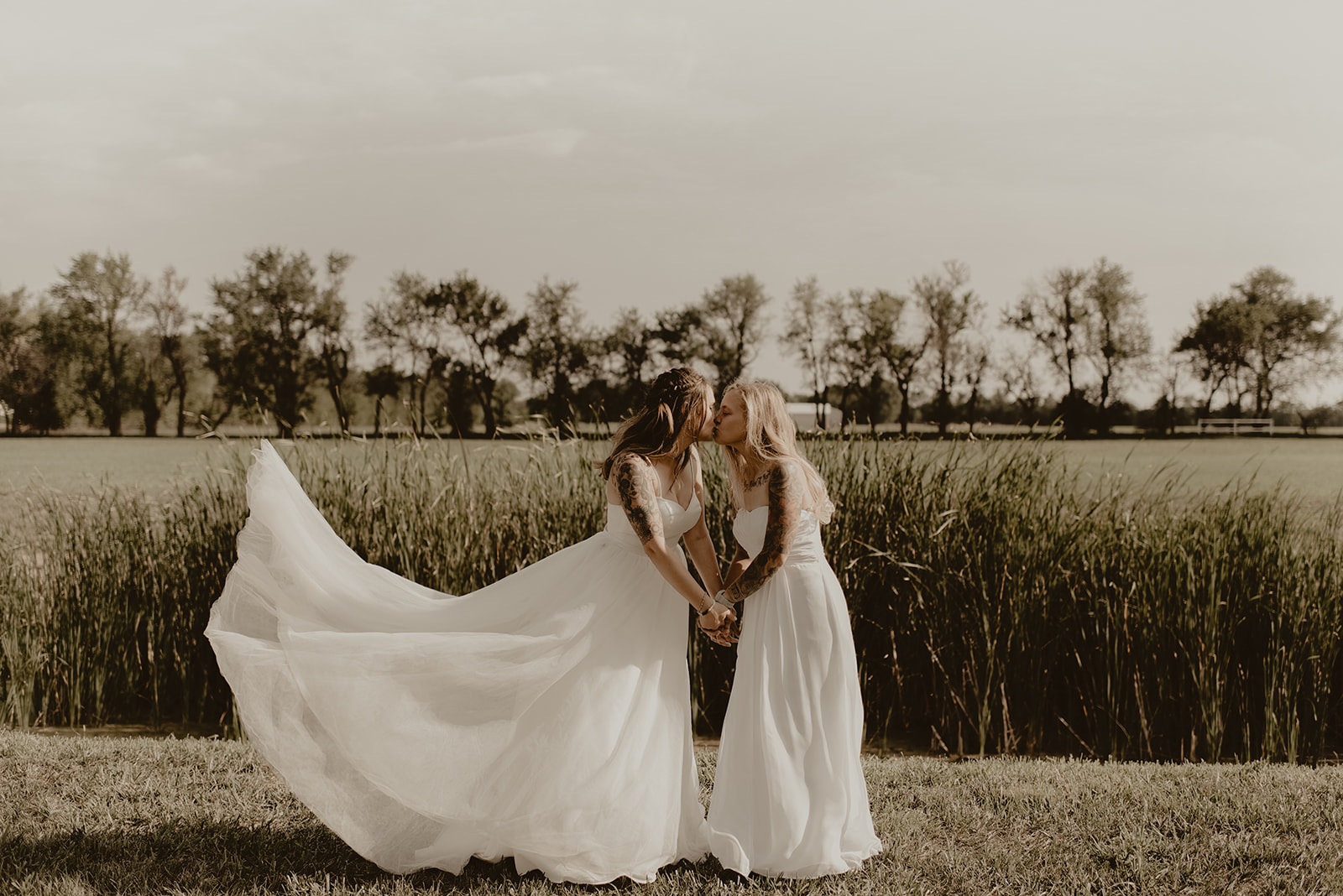 Kaylee and I had been dating for over five years. Through mutual friends, I ended up at Kaylee’s birthday party. It was my first time meeting Kaylee, and I ended up sitting next to her mother, who happened to think I was awesome. After that night, I kept getting invited back over, until finally, Kaylee asked me out.

Within the first month of dating, I knew I wanted to spend the rest of my life with her. We dated six months before moving in together and bought our first house two years later.

At year four, we decided to celebrate our anniversary later in the month when we would both have a day off together. Just a simple picnic in the park- so I thought.

After eating, I was surprised by one of our friends coming and asking if we wanted to play basketball. He was trying to distract me. When I finally turned around to look for Kaylee, she was on one knee with our friends and family behind her asking if I would marry her.

Of course, I said, YES! (after bawling from so much happiness).

She then surprised me with an engagement party where all of our friends and family were waiting for us.

When talking about where we would marry, we both automatically said, “grandmas house.” Grandma Charlotte’s house is out in the country. It’s where we spend a lot of time cooking, playing games, drinking beer, and enjoying family. So why not get married there!

It was a very simple wedding in front of my all-time favorite tree.

Our great friend was singing as we walked down the aisle with our Dads and that first married kiss that I will replay forever in my head.

Then we had a food truck for our dinner serving street tacos, margaritas, and beer. We had all of the outdoor games we love, like cornhole and giant Jenga.

The party finally wound down about 3 am, but that didn’t mean it was over. We told everyone if they wanted to camp to bring tents and sleeping bags. The morning after, we had coffee and doughnuts, and it was just perfect!

Lauren & Tara – Lack of Acceptance and a Mountain Elopement