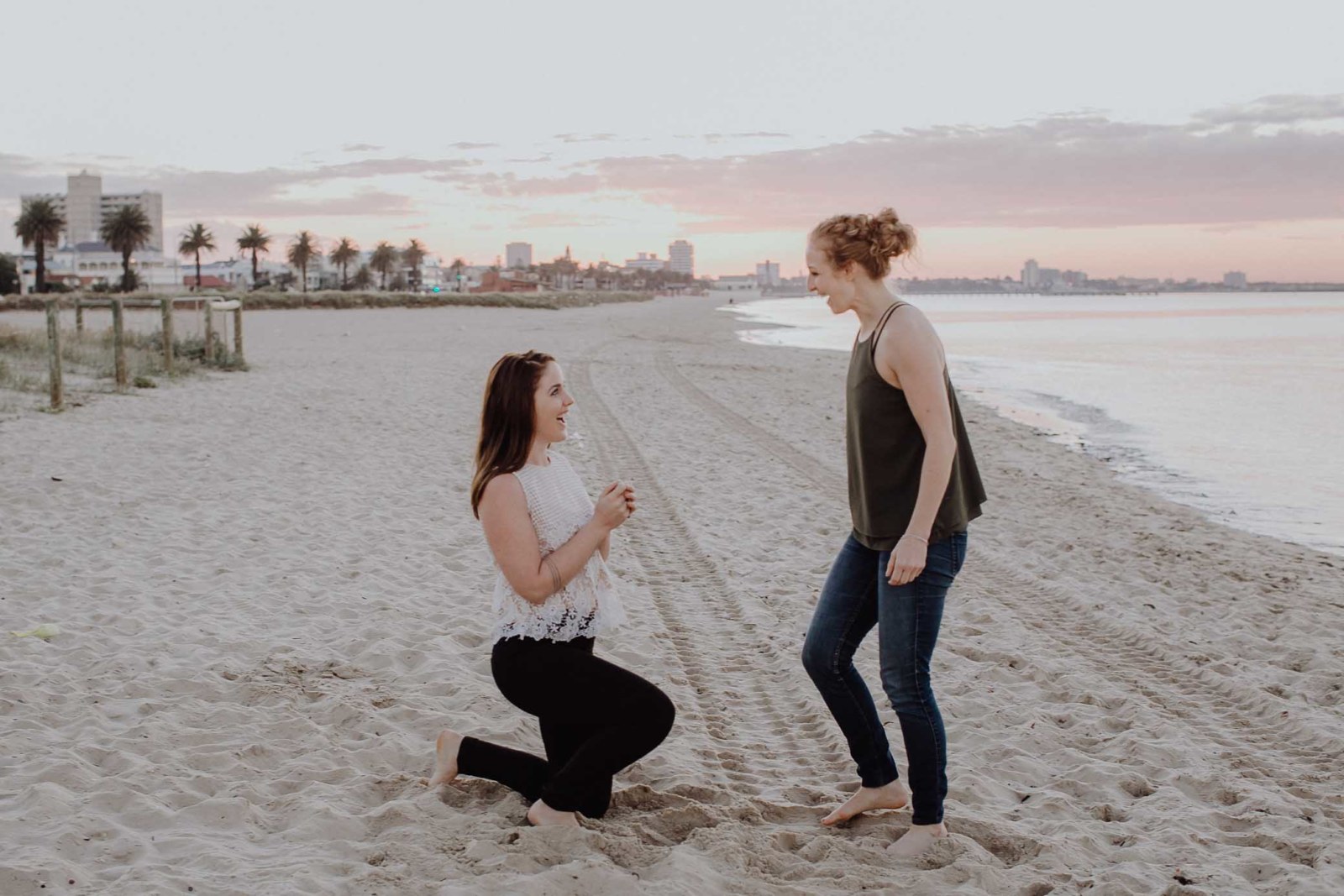 Lucy and I met in July of 2015, after a very unexplainable friendship request on Facebook. We had no friends in common to our knowledge. And since then, our worlds have continued to collide in the best of ways. As a Canadian/Australian couple living in Canada with visas soon to expire, we talked a lot. Even from the beginning, about how we would make our relationship work until the end, knowing that we had found our ‘forever person.’

We have been blessed to have such incredible, welcoming families who love us both like their own. My first time meeting Lucy’s parents (who live in Melbourne) was for Christmas in Portugal after only five months of dating. My family lives a short drive from Calgary, Alberta, Canada. Where we live and Lucy adopted them quickly to ‘fill in’ when she starts to miss her family.

Traveling to Australia this November was a monumental trip for us as I finally got to meet the rest of the family and see where Lucy grew up. For me, however, this trip was much more than that. I would be asking Lucy to marry me in her hometown. With her parents’ permission that I had awkwardly asked for the day before.

My proposal began merely as a ‘far-fetched idea.’ It quickly turned into a solidified plan after reconnecting with Anne. An old friend from my backpacking days in Australia five years ago. White Shutter Photography has been one of my absolute favorite Instagram pages to follow in the past years, and I’ve fallen in love with Anne’s work. I thought, how cool would it be to propose and have her hiding in a bush to capture it? I thought I was creative, but the outcome you see here is all thanks to Anne.

Anne constructed such a fantastic game plan of how I would propose to my soon to be fiancé. I had nothing better in mind, so I just went with it. Our only time to shoot was a three-hour time frame at sunrise before we rushed off on another flight to Sydney. Without Anne, none of this would have been possible. Even up to our late-night phone call the night before in which she convinced me that our plan would work. That I could do this even if my nerves were trying to convince me I couldn’t.

Surprises were on the horizon, even for me. As Anne quickly filled me in that our proposal would also be filmed by her friend James from Zephyr Productions. Those nerves? Yep, they came back, full force.

The big day started early, and I got up before my alarm to rehearse what I was going to say in the shower. “Do these things EVER go to plan?” I asked myself in my head. Whether or not, time was ticking, and we had to get to the pier before the sun would come up. No pressure, I thought, as I wondered if I would be able to hold down last night’s dinner or not. Seeing Anne for the first time in five years brought instant confidence and comfort to me, and meeting James for the first time brought a sense of ease to the moment. Everything was going to be alright.

The sun was soon up, and I was on one knee, and the rest followed without any real effort.

Having this moment captured in such a magnificent way by two obviously very talented people is something we will forever be grateful for. We have a life of happiness, adventure, and surprises ahead of us. Marrying your best friend is something we hope everyone gets the chance to do, no matter what gender your best friend is. Love is love, and love should be celebrated.

And, as if the pictures don’t tell you a thousand words, the entire romantic sunrise proposal was filmed by Zephyr Productions.