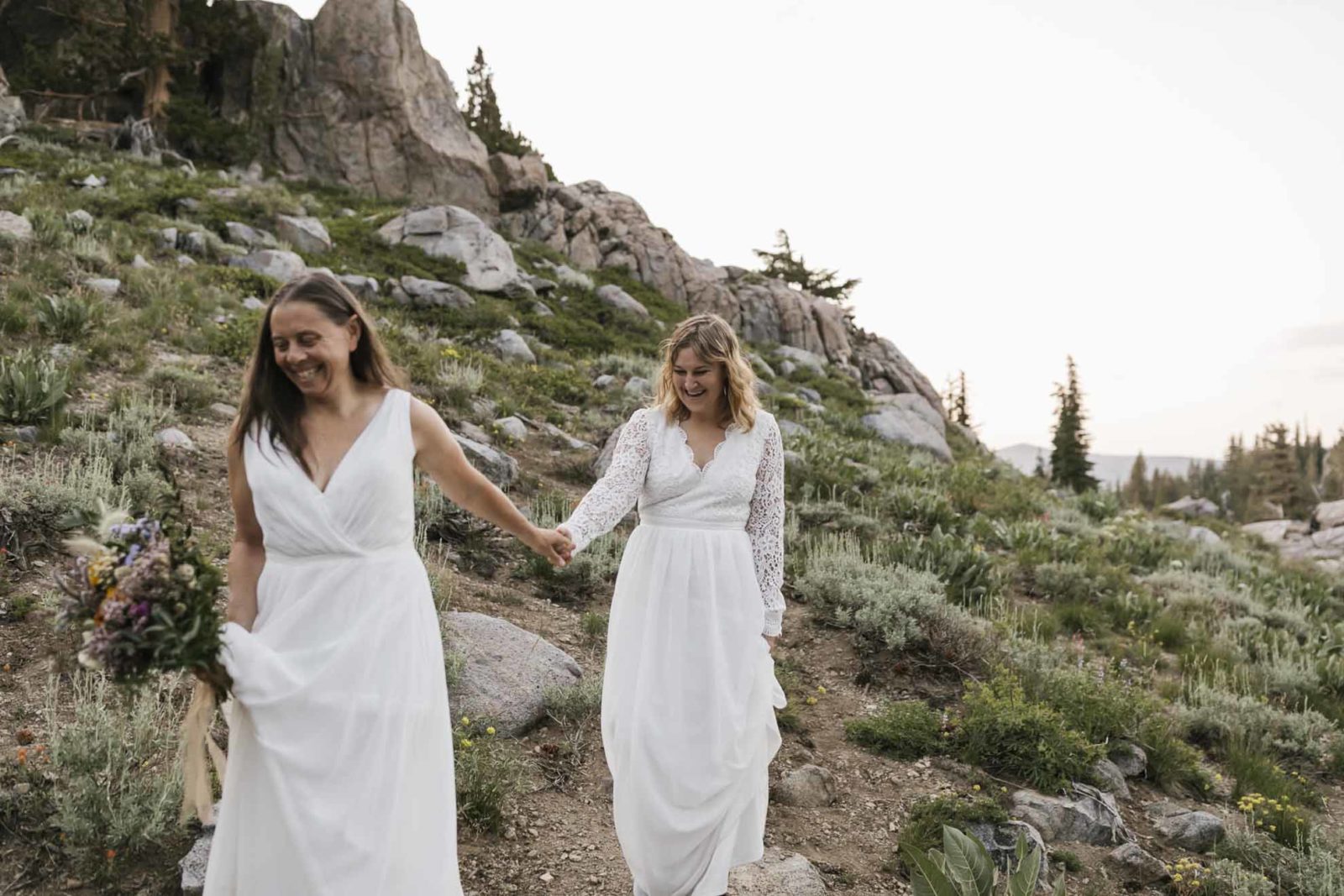 Tell us a little about how you crossed paths?

On a last-minute whim, I decided to do a three-day, 30-mile loop trek through Yosemite’s backcountry near Hetch Hetchy. That whim turned into one of the best decisions I have ever made! Deep in the backcountry of Yosemite, I met Kristina, entirely by chance.

It turns out that Kristina had embarked on the same loop trail with a friend but headed in the opposite direction. At the halfway point- Lake Vernon, we camped within 100 yards of one another without even realizing it. After packing up and prepping for the second leg of my journey, I began walking back to the trail. I spotted Kristina and her friend enjoying a quiet morning, basking in the sun in their low-profile backpacking chairs. It isn’t often you see women in the backcountry without men, and at that moment, I made a snap decision to go over and say hello. This seemingly inconsequential decision changed my life.

I spoke with Kristina and her friend, who lived close to me in the Bay Area. We exchanged information, vowing to get together over a drink and some trail maps once we were all back home. I gave Kristina my phone number and hit the trail. After all three of us finished the loop trail, she texted me. The rest is, as they say… history. A history with a beginning spurred by a serendipitous moment in one of California’s most beautiful natural places.

Do you some favorite memories together?

It’s hard to pick a favorite, but it would have to be Kristina’s proposal. All day, she carried the ring with her as we were fishing on the Deschutes River in Bend, Oregon. She kept telling herself not to rush or force the moment, so she let it go and decided to wait until our next trip.

She waded out and climbed up next to me. It took her a few moments to gather herself for the moment. She said, “I love you”. Then she got choked up and couldn’t really speak. So she simply opened a red, antique box with her great-great grandmother’s ring inside and said, “will you marry me?” I had no idea! We knew we would get married, but I had no idea about the ring or that she was planning to propose. The ring is engraved with the names of four generations of women who wore it before me.

A year into our relationship, Kristina moved across the country to pursue a dream venture with her brother. Navigating a 3,000 mile separation was incredibly hard, but it deepened and solidified our relationship.

V: My favorite thing about Kristina is her unflappable ability to say yes, to things I propose. This happens even when they aren’t in her best interest. Like cross-country skiing to the edge of a cliff in the middle of a snowstorm. My second favorite thing about Kristina is her ability to get us out of all the predicaments I get us into. Then somehow her selective memory allows her to always to say yes the next time.

K: Luckily for her, my favorite thing about Vanessa is her curious and adventurous spirit.