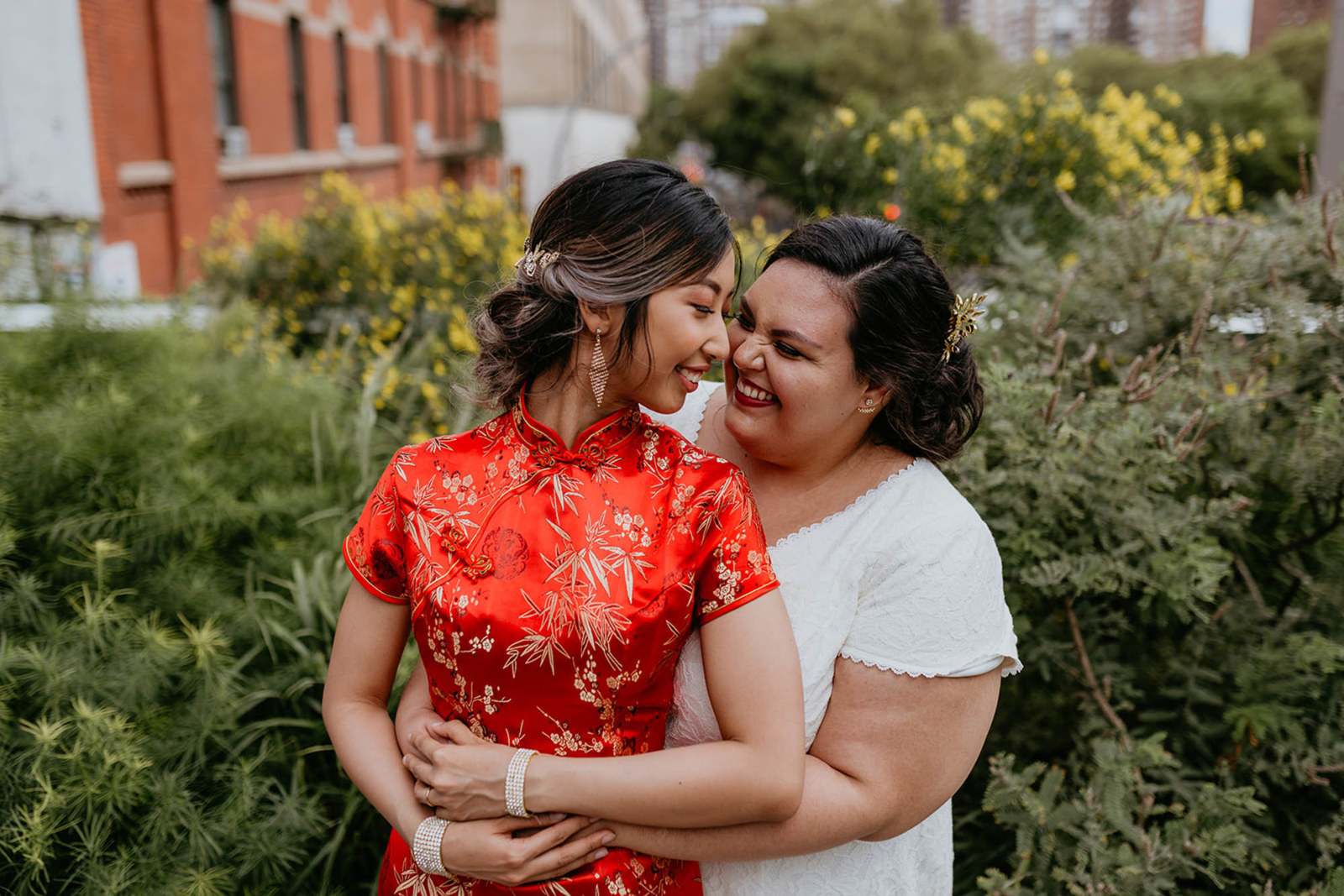 Laura & Nicole thought for a moment that a fancy big wedding would be the way to go, but eventually decided on a micro-wedding on the New York City High Line.

We have been together since Jan 2014. We met on a social media website where Nicole posted a lot of her drawings. Laura was a fan and eventually started messaging Nicole. We then began messaging each other back and forth.

Our favorite memory together was a spontaneous date we went on in 2015. We were both university students at the time, and Laura was visiting Nicole in Toronto. We were going to have dinner at this fantastic Indian restaurant but ended up wandering the city for several hours, however ended up at Nathan Philips Square and capped off the night with a spontaneous showing of Carol (2015).

Laura was initially going to wait until our first anniversary in January to propose but couldn’t hold out. She proposed in front of her entire family on Christmas Day.

We had initially planned for a 2021 wedding, but we just got too tired of the long-distance. By 2021, it would have been seven years of long-distance. So we just decided to elope, planning the wedding in just six weeks.

Mel & Tiffany – When The Timing of Love Isn’t Right