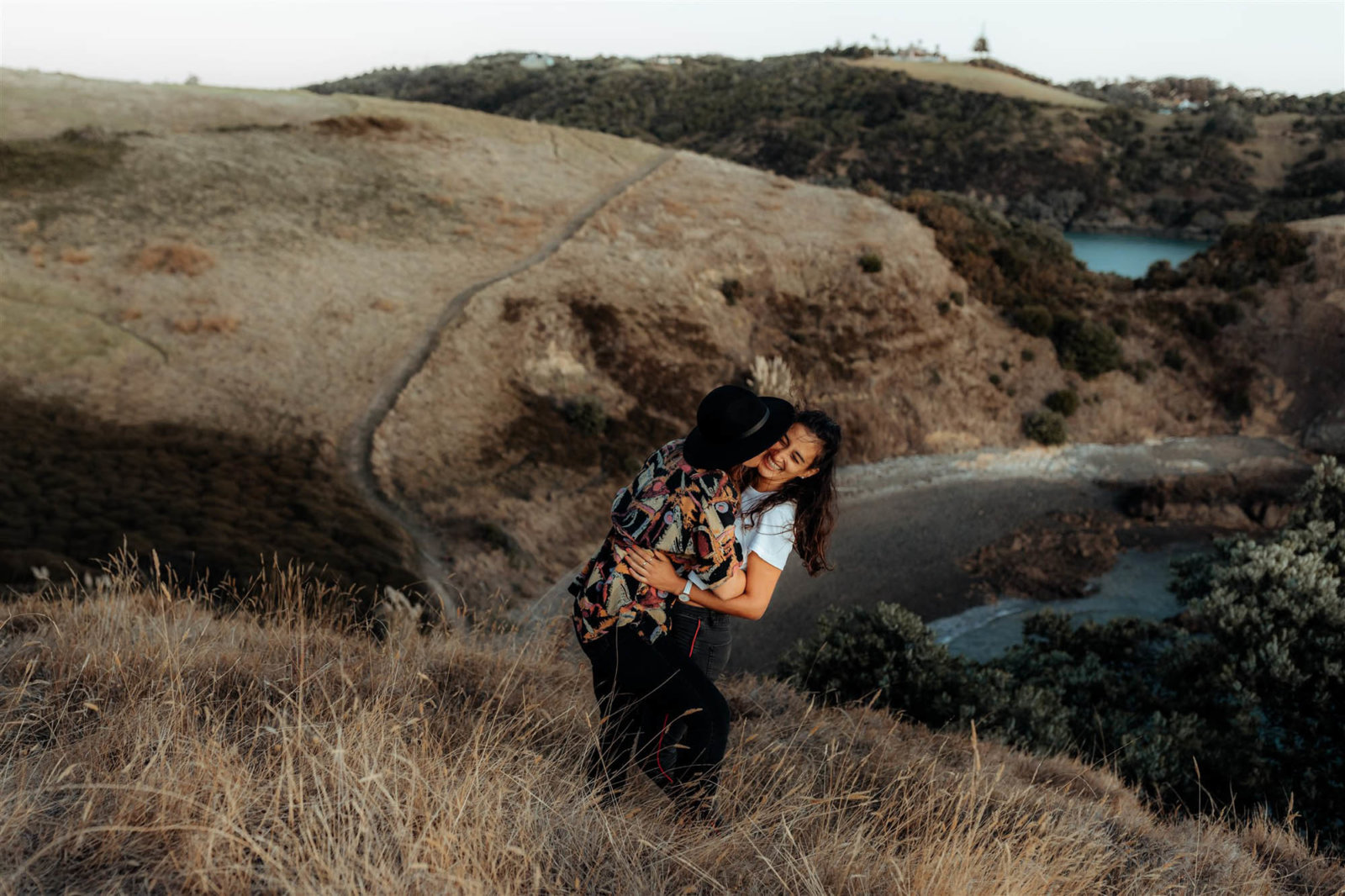 We first met while playing in the local woman’s football team together. Lauren represented New Zealand in a FIFA World Cup when she was a teenager, and Sole had never played before.

The team was, let’s say, very social, so the level wasn’t to Lauren’s standard or enjoyment. However, she forced herself to play. This team was her only option. Otherwise she’d spend 3-4 evenings a week commuting for trainings and games as we lived on Waiheke Island.

At the beginning of the season, we weren’t very close, just friendly teammates. Lauren was married to a man she had been with for nine years – since she was 18. She wasn’t looking or thinking of anything romantic.

At the end of the season, Lauren, after years of struggling with her sexuality [which only started becoming fluid during her 20s when already in a committed relationship with her partner], made the tough decision to separate from her husband. It was largely due to the suffocation felt with being unsure of her sexuality. It was from there Lauren was able to explore her sexuality. And, after a night partying with their teammates for an end of year fundraiser. Sole, who had also only ever dated men and didn’t consider women at that time, responded to an act of goofiness from Lauren [which was very common], with a remark that was open for interpretation as to whether it was flirting, or not [and to date we still argue about the real intention behind it]. Each other knew both had past relationships with men, and Lauren wasn’t open yet about her sexuality. So, she questioned the remark, as wasn’t 100% sure, so endeavored to find out more.

A week later, when on a team end of season trip to Northland, NZ when we were next together, Lauren noticed Sole was alone on the deck [very rare considering partying in a house of 20 other girls] and took the slim opportunity to have what might have been our first real one-on-one conversation. Lauren used the ol’ “tell them you’re attracted to women so they know and leave the ball in their court” trick. Turns out Sole had never been attracted to a woman, but considered herself open-minded. It was that moment where something clicked in her, call it curiosity. Lauren could see it, and from there, the much less ambiguous flirting started – nothing left for interpretation now.

A week later we had our first date, and seven months later these photos have been taken – by Lauren, a wedding photographer herself – using a tripod and remote shutter, in the same place we had our first date [extravagantly planned by Lauren, including kind of a treasure hunt to a secluded spot that required a little bit of hiking to get to – overlooking Auckland city during sunset]. Faster than Sole had ever expected, she was in love. And, it is still a constant “wtf happened” moment, “I’ve never been attracted to women!,” adamant she has never felt this way about anybody, let alone a girl.

Through the months, we’ve had to struggle with factors most couples might not be subject to [same gender aside – letting both friends and families know we were now dating a girl]. Lauren is Kiwi raised, and Sole is from Argentina, so language, cultural [and visa] differences sometimes posed challenges, but are one of the better aspects of our relationship.

Patience and respect are needed to love each other for our differences, which excites us more than scares us. Lauren also has the huge baggage of a very real, loving, and long term relationship having broken down. It sometimes means grief for Lauren that they get through together.

Present-day, in the middle of a nationwide lockdown due to Covid-19, we are spending the time together [unexpected force into brief living together] waiting for international borders to open once again so we can embark on a big trip and move overseas together – a plan that Lauren had for herself before falling in love with Sole, and desperately needed to do, but decided eventually she didn’t want to do without Sole, so gave her the option, come and be together or stay and break up. Sole decided no way, she couldn’t be without Lauren, so this is where we are today! That was originally planned for the 31st of March [but canceled for obvious reasons].

When the time comes where we can finally get out of NZ, the challenges will likely only get greater, but we are prepared to tackle together nonetheless!