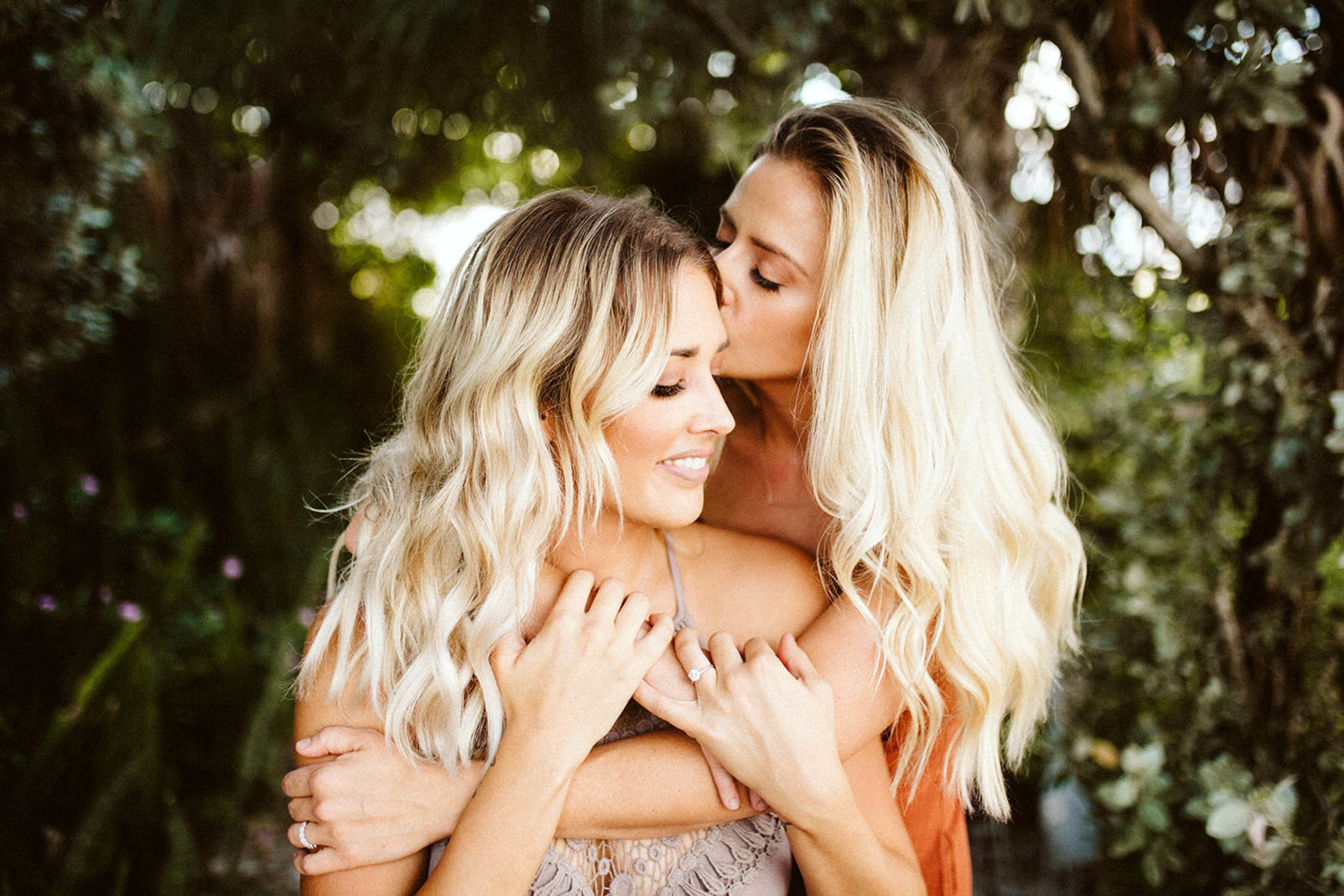 Lauren and Taylor shared a double proposal and, after wedding planning got hard, they booked a spontaneous 18-day European holiday that would end with a marriage.

Lo was working an elopement wedding at the Grand Canyon, and I got to tag along. I figured I might as well take advantage of the trip; we had a few days to explore after Lo was done with work.

I had the ring hidden in my backpack. Normally Lo doesn’t get anything out of my bag because she claims I am a mess, and she can’t find anything. We stopped at the infamous Whataburger, and it was packed, so we ate outside. It was a bit chilly, and I had a jacket in my bag, so Lo offered to get it about. I had a mini freak out and insisted she couldn’t look in my bag. She saw an Amazon order from a few weeks before that I wouldn’t let her see, so she just assumed she had a small gift in there. Disaster avoided.

When we went to a lookout point at the Grand Canyon to take some photos Lo had no idea what ‘the money shot’ meant until she finally looked down and saw the ring. She had no idea it was coming, and her face was priceless.

I would always joke that she was engaged and I had a girlfriend. So she stepped up to the plate and about six weeks later. She insisted that we needed another photo strip from the photo booth to add to our collection. She was acting weird. But, I had no idea until on the second photo, she whipped out a ring and asked me to be her wife. I was shocked!

We were planning a big wedding with all of our family and friends; however, it quickly became overwhelming. When Lo got the call to work a friend’s wedding in Utrecht, Holland, we decided to make a wedding out of it.

We took our wedding budget and planned an epic 18-day trip through Europe. We had a private ceremony with just us and a photographer and spent the day running around the city. And, we finished the night sipping champagne while we watched the Eiffel Tower sparkle.

Technically we are already married. But, we’ll be celebrating with a big reception sometime next year – surrounded by all our favorite people.