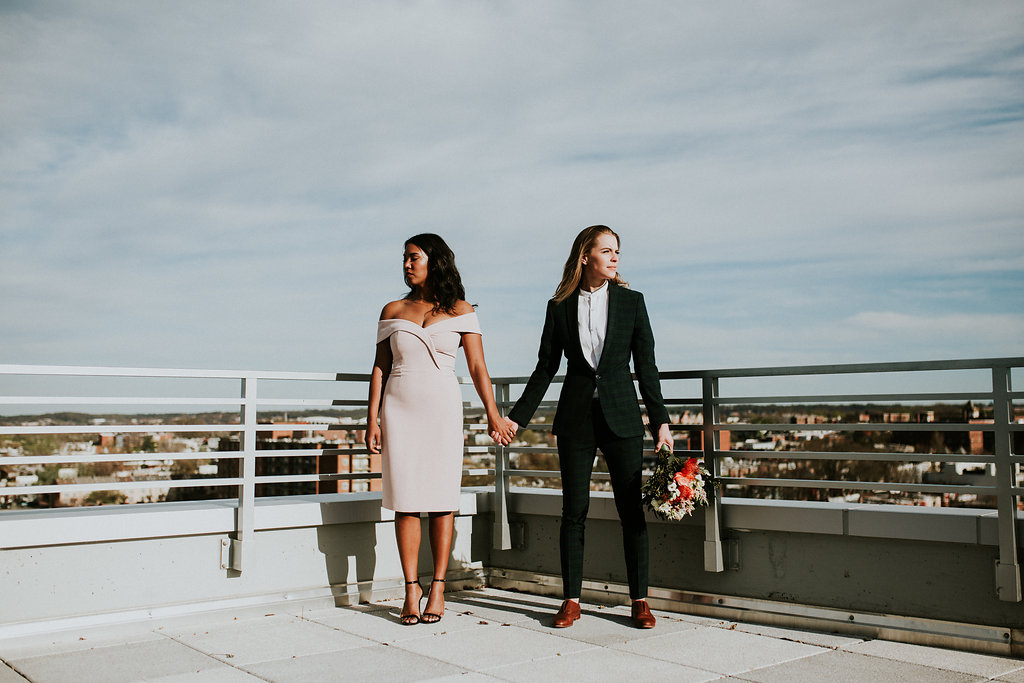 They met in 2006 at UNC-Chapel Hill, as college freshmen on the rowing team. They started as best friends and remained acquaintances through college and graduate school. However, opportunities took them elsewhere; between sorority life and studying abroad, they lost touch.

Hoping for the best, and kind of on a whim, Nicole reached out via social media to Mackenzie to ‘reconnect’ in January of 2015. Not too long after, Nicole drove down to DC from Detroit, where she was living at the time, for a weekend away with her old friend. By May, she had found a job in the city, packed her bags, and started life in Washington with Mackenzie.

Mackenzie told Nicole that they didn’t have enough pictures together and should spend the weekend in one of their favorite places. The National Arboretum, taking some photos.

Because Mackenzie is notoriously romantic, Nicole didn’t suspect anything strange. Mackenzie had planned a lovely brunch at Bar Pilar. A stop for their favorite dangerously delicious cakes, and unveiled a new camping blanket at the arboretum.

Nicole still didn’t suspect anything unusual as Mackenzie set up a tripod to capture some of the two photos.

Once they got in front of the camera, Nicole noticed that Mackenzie wasn’t entirely posing for the pictures the way she usually did and asked her what was going on. After a few deep breaths, Mackenzie got down on one knee and proposed. Nicole was shocked – and delighted, answering with a quick ‘yes!’.

It turns out the camera was recording video, and they have the whole moment on film to watch back in the years to come.

Nicole & Mackenzie married a little over one year later on a wedding day inspired by a dreamy, natural floral style. Their wedding is shared in Volume Four of Dancing With Her Magazine.