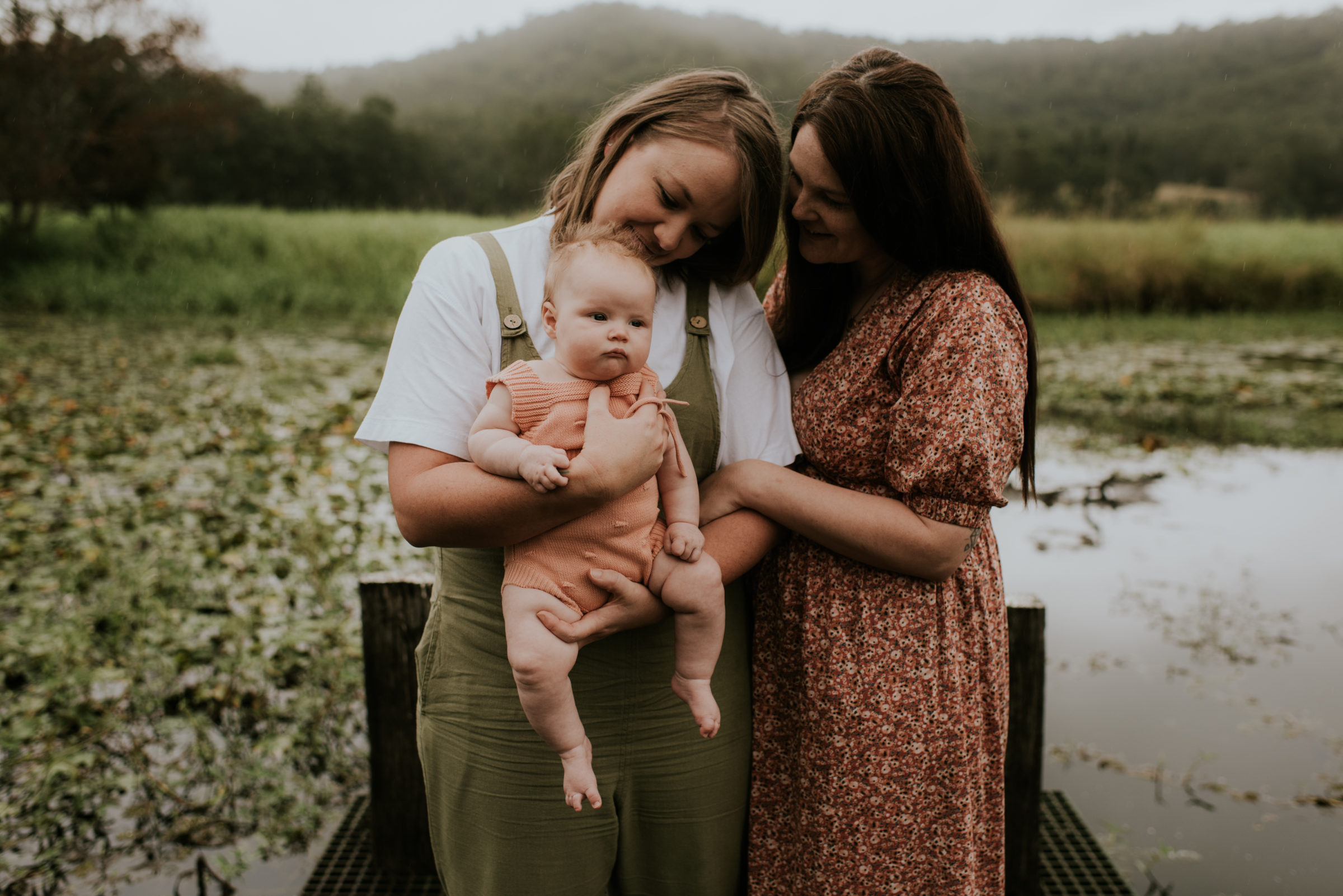 We are Arlia (blonde hair) and Tara (brown hair), the two humans behind Dancing With Her. We’re two lovers who met at work. For Tara, it was certainly a, ‘I need to know more about this human,’ moment. Funnily enough, that feeling wasn’t mutual, but persistence paid off!

Before Dancing With Her, Arlia was a jewelry engineer (a fancy way of saying a creative whose medium was metals) and Tara was working in aged care as a nursing assistant. Two careers very different from creating a publication!

We kind’ve had two proposals, only Arlia doesn’t remember the first one. Long story short, we’d decided to elope and just hours later Arlia was having life-saving brain surgery. She doesn’t remember those conversations, and quite frankly, we needed to take a step back on planning any sort of wedding and focus on Arlia’s recovery.

About 18 months down the track, we felt like we were at a place where we able to move forward with a marriage, and Tara proposed on a romantic surprise getaway to the same city we fell in love, Melbourne.

That second proposal led to us starting Dancing With Her, and what a rollercoaster our lives have been since then.

We’re still not married – which seems wild, considering we began a wedding publication that now inspires a global audience of more than 250,000 LGBTQ+ lovers around the world. We tend to say it’s because we are inundated with inspiration, but really it’s probably been a more financial decision than anything. We knew that starting a family was important to us, and so we decided to focus on that before a wedding.

When that celebration does happen though, it’ll be nothing short of an epic celebration!

She’s the Instagrammer, the one who’ll respond to your DM’s and comments. She’s also the one that writes up most of the stories and sorts out the features for both the blog and magazine.

She’s the genius behind the partnerships, so if you’re a brand or business it’s likely that you’ll chat with Arlia. She’s the one that connects lovers with inclusive wedding vendors from around the world.