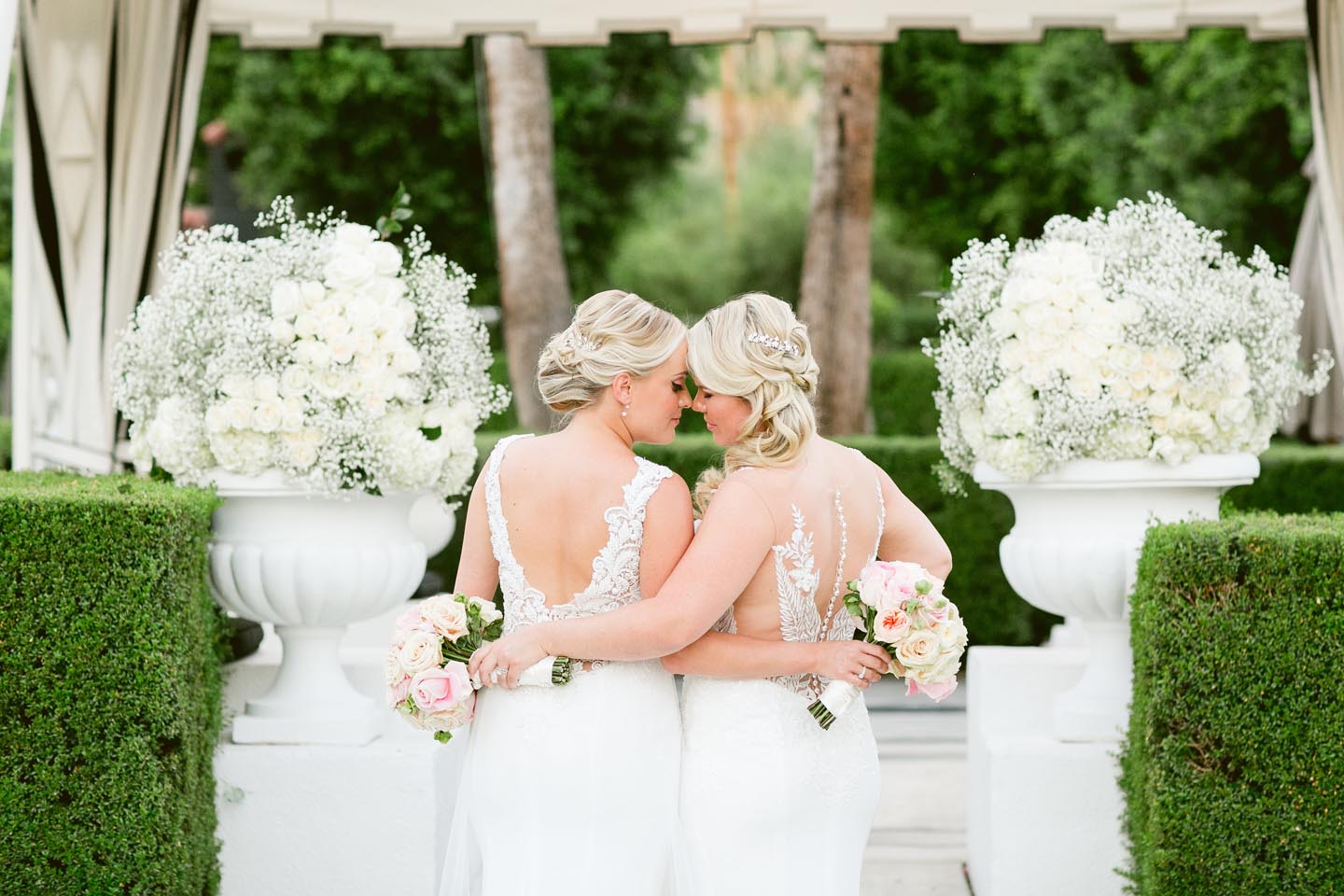 One-click changed Whitney’s life. Whitney, who was living in the United States of America at the time, always had a thing for women with Britsh accent’s. So, on MySpace (it was 2006), she searched for a random United Kingdom postcode. Megan showed up on the very first page.

They started chatting and continued to chat online for two years. In the lead up to Whitney heading across to London to study abroad, something she describes as a long term dream, they began talking more. They met, and it was love at first sight. Two weeks later, they decided to make things official.

Megan and Whitney decided together that Megan would propose. Whitney has also been awful at keeping surprises – she gets way too excited. Megan had planned to propose on their anniversary in Paris. But while they were spending time in Hawaii earlier in the year, it just felt right. On their favorite beach, Waimanalo, and with the help of Megan’s sister and partner who happened to be visiting, Megan asked Whitney to marry her.

They had a Civil Partnership in the UK in September of 2017 but kept it a small and intimate ceremony with just twenty guests. They each wanted to wait until they could have a legal wedding with both sides of their friends and family, from the USA and the UK.

Initially, Megan and Whitney looked at venues in the UK to hold their wedding day. But while staying at the Avalon in Palm Springs, they fell in love with the vibe. They each found themselves feeling jealous that a wedding being set up nearby wasn’t for them. So a few weeks later they put in place plans to move the wedding to California.

It was a long, rollercoaster ride for both Megan and Whitney to find their perfect wedding dresses. They filmed on the UK version of Say Yes To The Dress and decided that they wanted to be kept separate so that their dresses would be a surprise on the day.

Although they both said ‘yes’ to a dress, Megan was indecisive and wanted to keep looking. Twenty dresses later, Megan still wasn’t sure. She invited Whitney to tag along on shopping trips; it was her opinion that mattered most after all. Whitney showed Megan a picture of her dress, and they both felt unsure that Whitney’s dress was right too.

Eventually, Megan fell in love with a Dando London dress. With a little glitz added to the gown, it would be the one. However, when she stood beside her wife-to-be, they discovered that the dresses didn’t compliment one another. After many tears, designer Christine Dando saved the day, finding Whitney something that was perfect for her!
The overall vibe of the wedding was feminine and chic. Megan and Whitney, who are Youtubers, dub themselves ‘Wegan,’ and they wanted their wedding day to reflect exactly who they are. Blush pink and gold accents dominated the color palette, with pink in their bouquets, gold sequin runners and candle holders on the tables, and two white crystal chandeliers hanging over their long table brought the whole theme together.

The Wegan wedding day was romantic and wonderful – everything that they’d both hoped it would be. At the very last minute, they decided that they would get ready together after originally decided to spend the night apart. They enjoyed champagne and laughter, memories that they’ll always treasure. Their Mothers walked in together, and their respective fathers walked them down the aisle to an instrumental version of ‘1000 years’.

Megan and Whitney’s advice for other femme couples, who both want to wear white dresses, make sure that they complement one another and if you want the dress to be kept a secret, make sure your wedding party knows exactly what’s what.

Photography by Lovers of Love

Azul & Erica – A Queer Proposal at the Raleigh Science Museum

Helen & Tabz – Advice About Eloping & How to Tell Friends