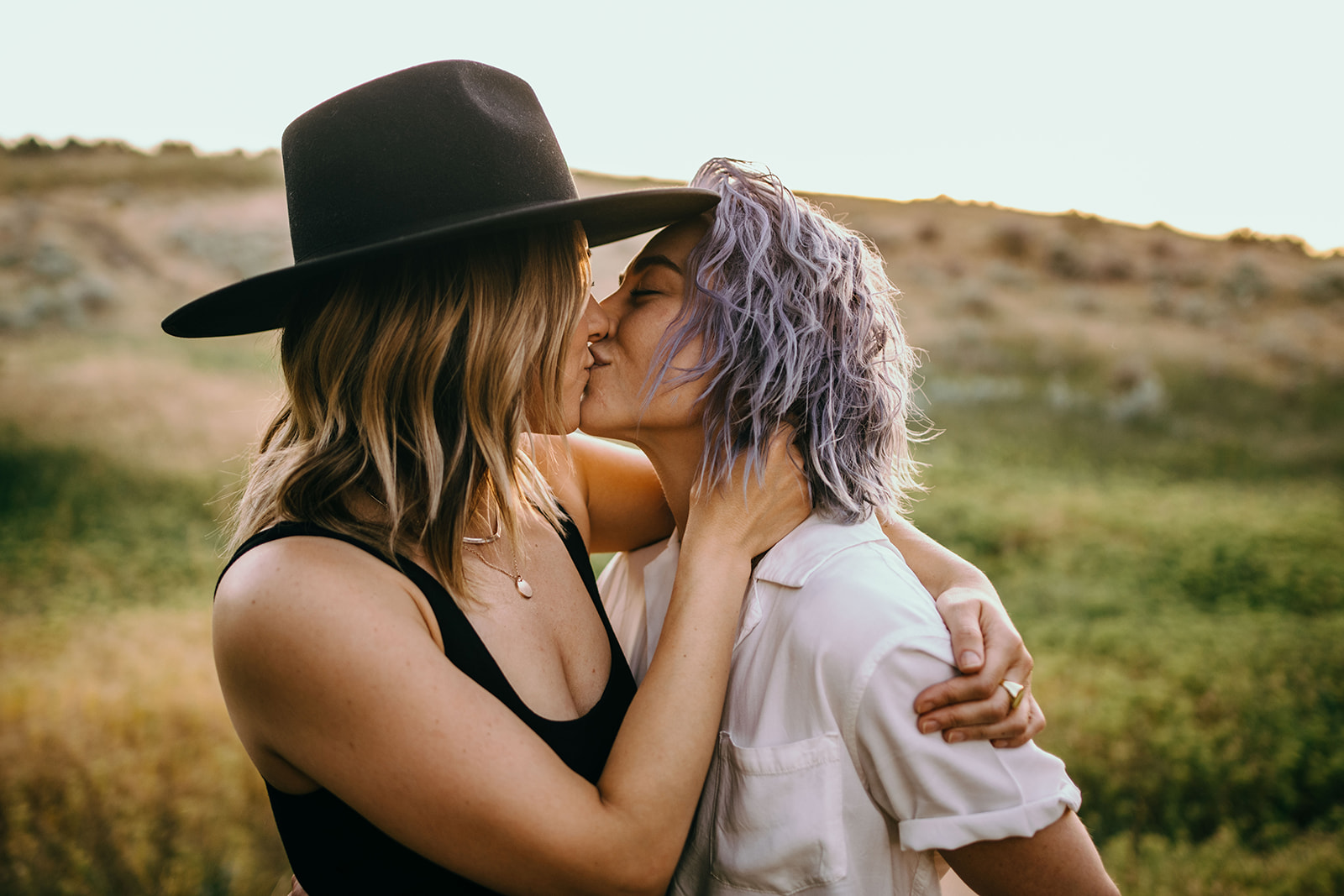 Daria & Olga – A Wedding of Two Russian Women in Mexico

Mel and Tiffany fell in love long before they eventually became exclusive. But, the timing wasn’t right – although they never game up on each other.

Tell us the story of Mel and Tiffany falling in love.

Mel: Ok, long story long. We met in high school. I was actually secretly dating Tiff’s cousin in the closet at the time. We were both unaware that the other was interested in females. Still, there was immediate interest and attraction when we met and an indescribable feeling that our souls had met before, perhaps in a previous life. We were always so drawn to each other, but nothing ever actually happened until a few years later, when we were out of high school and crossed paths again. We connected so well right away, and there was that feeling again. Like nothing I had ever felt- a deep, electrifying, soul connection.

But again, the timing didn’t seem to be on our side. Tiff was seeing someone at the time, and I lived in a different city attending college. We stayed in touch off and on, and whenever I would visit Billings, I would make it a point to reach out and see her. When I finally transferred to Billings for school, we began to see each other more. Again, Tiff was in a relationship, and I was single and in my 20s. We tried to keep things platonic, casual, “just friends,” but we never stood a chance. I never gave up my pursuit, though.

Eventually, we parted ways because the timing just wasn’t right, and we weren’t ready for each other yet. We had a lot of self-growth to do before anything between us could work. I let her go because what we were doing was hurting both of us and someone else. It wasn’t fair to anyone. I thought I might never see her again, but I kept hope. Eight or nine years went by, she never left my mind, and finally, I reached out to meet and catch up. We met for drinks, caught up, and there I was – heart racing, embarrassingly still in love with this person. And I was terrified. I was terrified of letting myself love her, terrified of opening myself up to possibly being hurt, terrified of messing it up, terrified of losing her again.

But we were patient and didn’t give in to fear. The rest from there is a kind of history. We dated “casually,” both really falling hopelessly in love but too scared to admit it, for a year until we told each other we loved each other and decided to be exclusive. We both grew a lot over the years, went through some rocky relationships and crazy single life. We knew what we wanted and what we didn’t want. We were finally in good places and ready for each other.

We’ve now been officially together for a year, seeing each other for two years. I never believed in that saying, “when you know, you know.” I always thought it was a load of bull, just something you say when you don’t know what to say. But now I get it. There’s truly no other way to explain how you know when you’ve found your person other than “when you know, you just know.” I’ve never felt anything else like it. She sets my heart and soul on fire and eases my mind at the same time. It’s the healthiest relationship I’ve ever been in. We communicate healthily. We listen, date each other, respect one another, surprise and challenge each other, and pursue growth individually and as a couple. I’ve been in love with this person for half my life. I guess that’s how you know.

We were on a date and went into a loud, crowded bar. Probably one of the loudest bars in Billings. We were sitting across from each other and locked eyes, and everything around us just seemed to slow down, melt away and go black. It was absolutely silent, and it was as if it was only us in the room. All we could see was each other, and it was this unreal, magical moment. Like our souls were having a conversation on their own. When everything came to, we told each other about the experience we had just had. Neither one of us knew the other had just experienced the same thing until we told each other. It was the strangest, most fantastic thing.

How do you picture your future together?

Living life and taking our relationship one day at a time. Remaining present, enjoying each moment, and not taking our time together for granted. Pursuing growth and our dreams as individuals and as a couple, and always supporting one another. The next big step for us would be moving in together. We want to get married one day (soon). We’d also love to own/build a lake home one day and travel the world together.

Caity & Melissa – Coming Out Together

Daria & Olga – A Wedding of Two Russian Women in Mexico