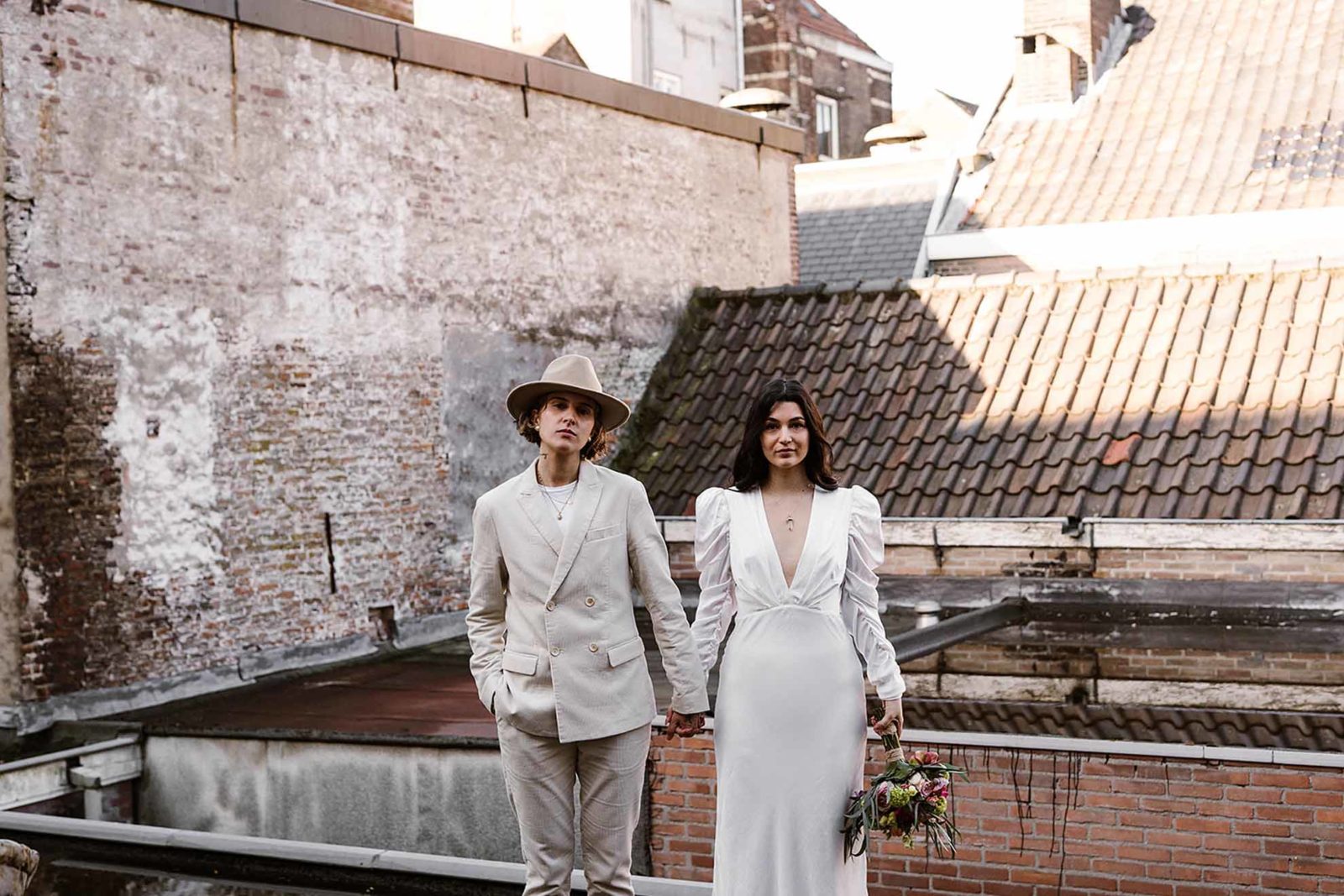 It was the best little wedding day, in Mits and Teona’s eyes. It was intimate, just two witnesses, and they became wives at City Hall.

Tell us how the love story of Mits and Teona began.

T: Right now, we are together for two years and some months. We met at a shop where Mits used to work, and this was about eleven years ago now. We still agree it was love at first sight. Just not the right timing for us. But it was a magical moment. Mits was supposed to keep me busy for a colleague who wanted to talk to me, but instead, we looked at each other, and the world disappeared for a moment.

Aside from your wedding, what is your favorite memory together?

T: We have a few moments that we made over the past years. Still, if I must choose, I must say it’s when Mits had made a special Valentine’s surprise for me. She was standing in front of the building where I work, with a cardboard sign saying, ‘Teona will you be my valentine?’ Then we went on a romantic dinner date. After that, Mits had built a tent, where we lay down and had dessert. Then we went to a party. It was a wonderful day.

T: It was my birthday. Before this one, my last two birthdays were a disaster, so Mits wanted to give me the best birthday ever. I never expected this would be the proposal. I was surrounded by everyone we love. Mits had someone make a cake with ‘will you marry me?’ on it, and then they got on one knee. It really was everything I could have asked for.

Talk us through your wedding day.

In the morning we went to our photographer, Sigy. It was a warm and sunny day (in the middle of winter). She gave us a boost and some more energy because of her way of working. After that, we drank coffee with our bridesmaids and went to the city hall. We were both so nervous, this was the moment we really wanted to happen, and it was finally there.

The song that came back the whole day was cover me in sunshine by Pink, and when we hear the song now, it brings us back to our wedding day. When we said ‘YES’ and put on the rings, we came outside, and our family and friends were waiting for us.

Then we went home, and the party started, people were coming in, and it felt like everything was normal for a moment. That was such an excellent addition to the already perfect day.

We really realized how blessed we are; our families were there, supporting us. We know that it’s not the same for everyone, so that really was a reality check.

After the ‘party’ we got blindfolded and got taken to a hotel room, where food was waiting for us, and we got to relax.

Pam & Sarah – A Wedding with Culture