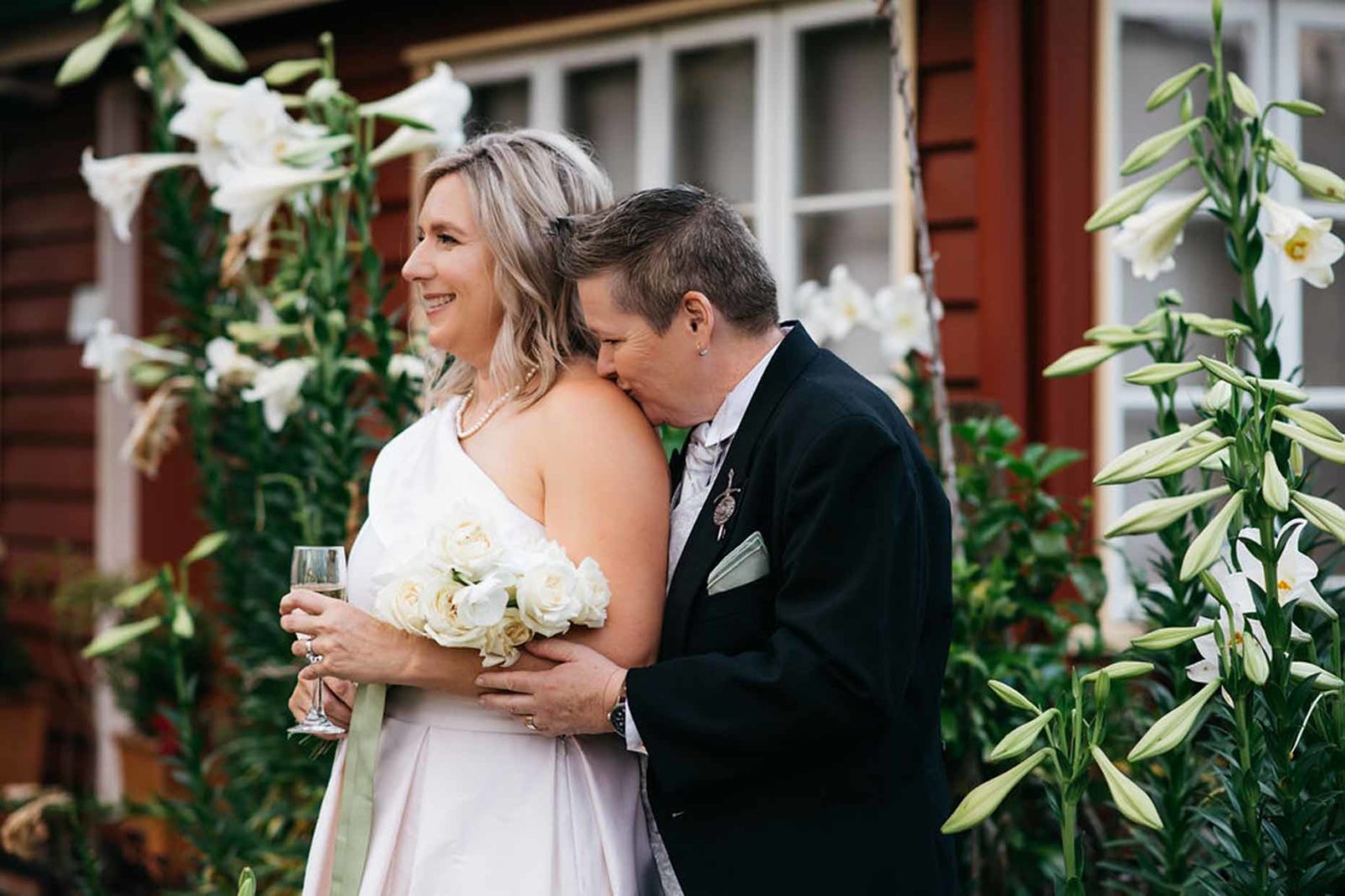 In a raw silk gown and a tuxedo, Nikki and Tashia proved that opposites attract in their meaningful wedding ceremony.

N- I had returned to Brisbane from Mt Isa to surprise Tashia for her birthday. I had bought a ring the day after flying in and planned on proposing on a future trip to Tasmania for our second anniversary. We had bought a bottle of beautiful Ink Gin and were sitting on the back deck with my family, listening to music, chatting, and having a great time. At the bottom of the bottle of Gin and when Snow Patrol’s Chasing Cars were playing, I proposed unexpectantly. I said, I love you, will you marry me? The proposal was so unexpected that I didn’t even have the ring with me and had to ask Tashia, “Did you want the ring?” I then had to race downstairs and collect it!

Talk to us about your experience finding the perfect outfits.

Nik’s mum had been in poor health, and Tashia had showed her the design she had chosen. The dress would be made with raw silk, and Tashia brought Nik’s mum a swatch of fabric samples. So Nik’s mum got to select the fabric of Tashia’s dress. Unfortunately, Nik’s mum passed not too long after that, but because of that joint decision she made with Tashia, the dress has a significant sentiment for both her and Nik.

The design and fabric were then taken to the dressmaker Bernadette, who said she would love to help make it when shown the dress and fabric.