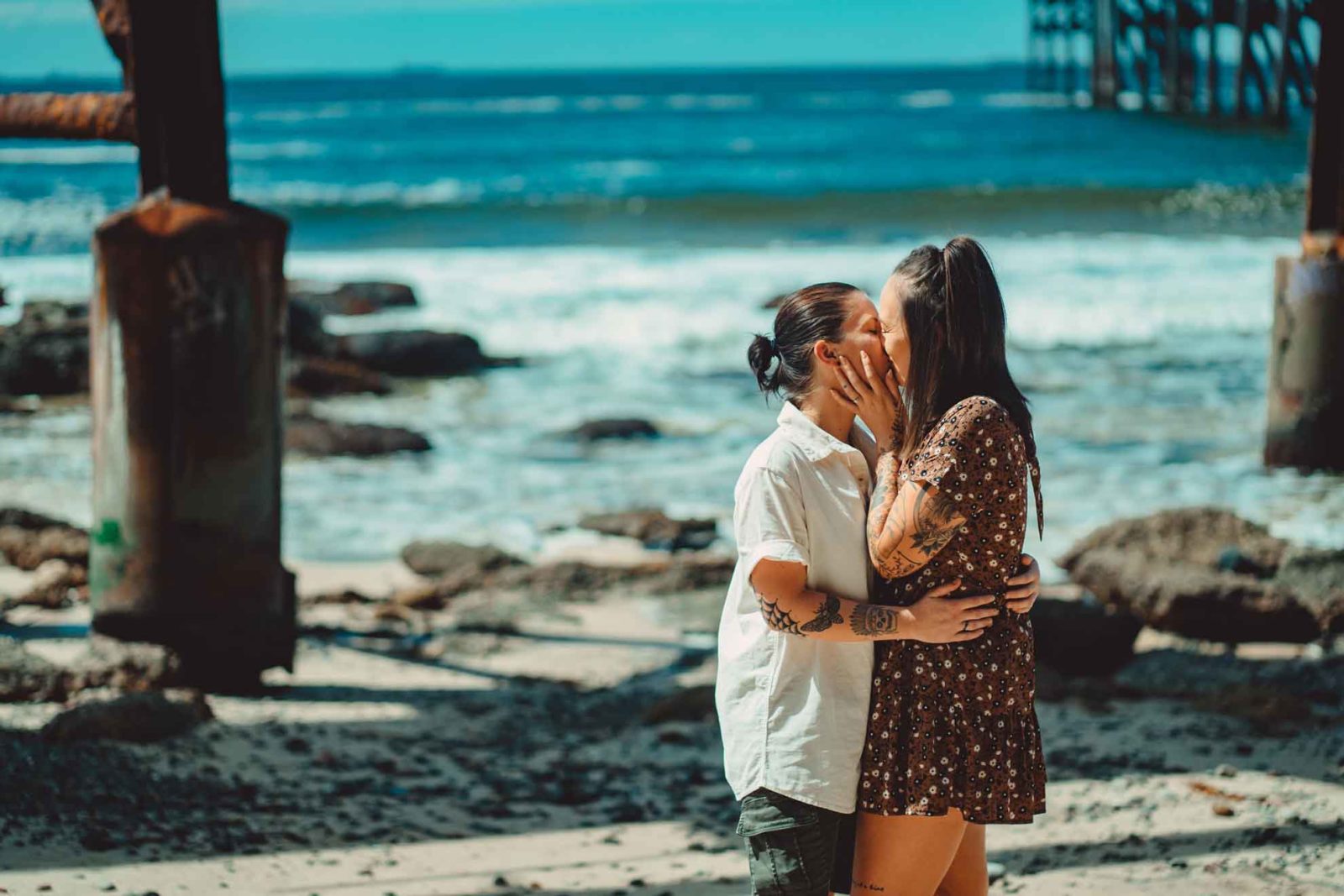 Keep a proposal a secret isn’t easy, but despite the close calls, this beachside proposal went perfectly – a complete surprise.

How’d you keep the proposal a secret?

I was constantly lying nonstop about everything to keep it a secret that I couldn’t wait to be alone because I struggled so hard. When I was alone, I’d sneak around to organise the ring and always got asked where I was! And I ran out of answers pretty quickly.

I planned to propose the week before her birthday and told her that I had a surprise birthday getaway and couldn’t tell her anything, so stop asking!!!!

I wrote a to-do list for the weekend but never obviously gave away the big question. The day of was the worst. First, I had to put the engagement ring box down my pants because it was MASSIVE! It was down there for at least four hours! We had breakfast, walked around, and then I had to keep thinking of excuses and ideas to drag out time while the photographer got to the location and set up.

Then when it was time, I pretended I had another idea of a place to go to waste time. That’s when I drove us to the proposal’s location.

She was completely oblivious to the entire thing, and it worked so perfectly.

It’s something we have both dreamt of our entire lives and never thought it would ever happen. We have always been very strong. But I think our love grew stronger knowing that we both knew exactly what we wanted, and we are making goals and smashing them together! We feel more complete now and thinking back to the day it happened gives us so many happy emotions because it was just such a great day.

I still have no idea how I pulled it off so well!

Anastasia & Anna – Finding Love While Married in an Open Relationship