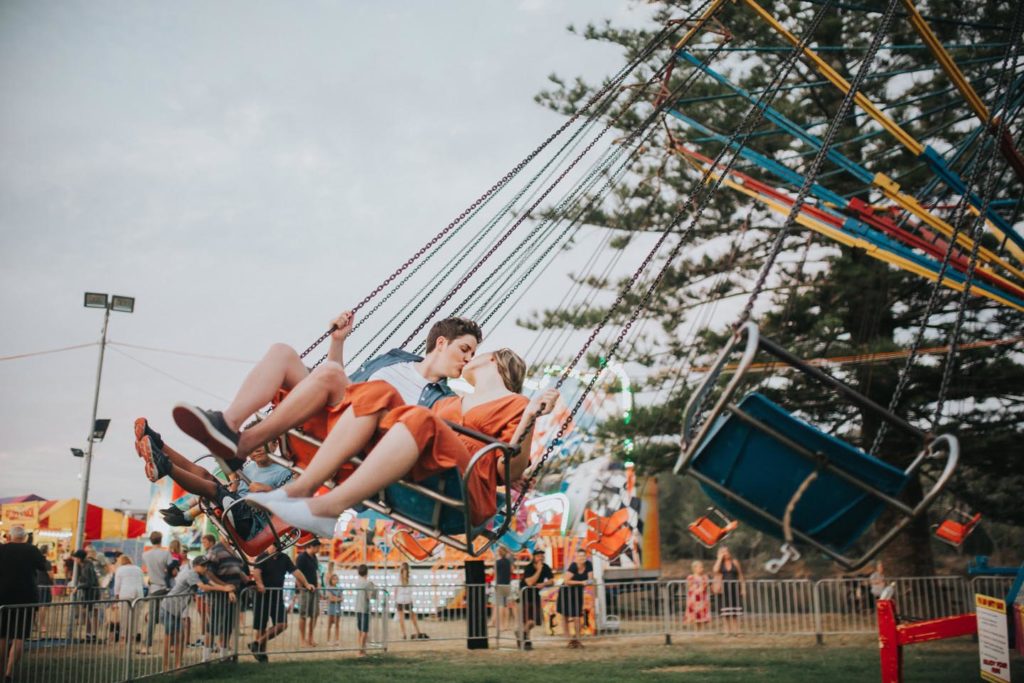 Zoe and I met in the early months of 2009, and we guess you’d call it love at first sight.

It was a sunny Tuesday morning with little cloud in sight. I headed to my favorite coffee shop to get my favorite cup of coffee – a large skinny cappuccino with one sugar. The line to order went out through the front door and down the steps, so I joined the queue, enjoying the fresh rays of sunshine on my face. As the line began to shorten, I made my way up the steps to the cafe’s entrance. Little did I know that in a short moment, my life, and her life, was about to change.

As I stood now in the cafe, almost at the front of the line, I saw a familiar face. A staff member who would call me a regular. As I approached the counter and said ‘hello’ and asked for my order, I noticed her. My heart stopped. She stood to the right of me, behind the coffee machine busily making coffee for the long list of orders. And then she looked at me. A feeling of fate and certainty, love, and happiness filled me.

I stared for what felt like a really long time with an overwhelming sense of knowing who she is and what she meant to me. And then, Jess, the cashier, said, ‘Hey, have you met Zoe?’. And the rest really is history.

We made our relationship official on 14 June 2009 and have been inseparable ever since!

It was around our fifth anniversary when I picked our wedding date; a

Friday and also our ten year anniversary. All that was left was a ring to seal the deal. While Zoe wasn’t phased about getting an engagement ring or being proposed to, I had always dreamt of an antique, one-of-a-kind, but very affordable ring (nothing in the thousands) and being proposed to. Zoe searched for ages, but nothing came close to what she knew I would love. It wasn’t until we attended a friend’s wedding in early December 2017 that we found it!

After our friends wed, we left the venue to grab a coffee and look around the little marina community’s shops. From clothing to furniture stores, fine dining, and a sweet shop, we entered an antique jewelry shop feeling immensely loved up.

We looked through each glassed cabinet – a part of me had this feeling that something big was about to happen. When we reached the last cabinet together, Zoe looked down and said, “that’s it!”. I’m not a big jewelry person, and this ring sparkled like crazy, but it was beautiful. It was an antique cluster ring like nothing I had ever seen before, and the best part, when I tried it on, it fit perfectly and was well within budget!

Zoe wanted to buy the ring right then and there, but I insisted that she didn’t. I tried to keep a little bit of excitement with knowing what was to come. So, Zoe, who is terrible with keeping any kind of secret or surprise from me (seriously, she will stay up to midnight of my birthday just to give me my birthday present when the clocks ticks one minute into my birthday), had to organize this on her own. We do everything together. Every decision is made together. So this was a big thing for both of us.

Zoe called the store the next day on her lunch break to purchase and arrange the collection of the ring. Her heart stopped. The store owner had just told her that a lady was currently trying that exact ring and was considering purchasing it. She got Zoe’s number and said she would call her back with the outcome.

Dreading the worst, Zoe waited and waited until finally, the jeweler called back, the ring was still there! In utter disbelief, Zoe paid for the ring over the phone almost immediately and arranged for one of our friend’s to pick up the ring the next day. In our TV unit of all places, the ring was safely hidden behind all of Zoe’s video games.

Not knowing if Zoe did get the ring or not, I had to stop myself from re-visiting the store to see if it was still there. As I said, we are inseparable and tell each other everything. Given that Zoe gets really excited about all types of celebrations and surprises, keeping this from me was really, really hard! I’m a romantic at heart. The kind of person who would carry around a ring for months and would propose when the timing just felt right.

A big flash mob or some big grand romantic gesture was not my thing.

Luckily, Zoe knew this and proposed in the best, most very ‘us’ way.

We were at Falls Festival Byron Bay to bring in New Year. Enjoying the atmosphere and good music, we danced on the big hill for hours. We would often bump sides, and I could feel this box-shaped object in her left short pocket. I cannot express how excited I was. When was she going to do it? Will it be today or tomorrow? During a set or specific song? I had no idea, and she had no idea that I knew. Well, was confident that I knew that she had it there.

It was reaching midnight. Thousands of people gathered on the hill for the count down into 2018. Bands and artists began to crowd the stage, and in unison, we started the countdown at ten and made our way to one.

Being somewhat traditional, we wished each other a Happy New Year and kissed amongst a sea of people. Then Zoe looked down and reached into her pocket and pulled out the ring box I had been feeling all day. Then, in the quietest and most nervous voice, she mumbled something that reminded me of when Harry Potter asks Cho Chang to go to the Yule Ball with him. When I said I didn’t hear her, because honestly, I didn’t, it was so loud, she leaned in, and we bumped heads, hard. Like so hard that we had to rub our heads better. Laughing, Zoe repeated the words a little clearer, “will you marry me?” and of course, I said yes!

We are now almost finished planning our big day, which is only months away. Celebrating our ten years by becoming Mrs. and Mrs. Prince and venturing into the rest of our lives together – we can’t wait!