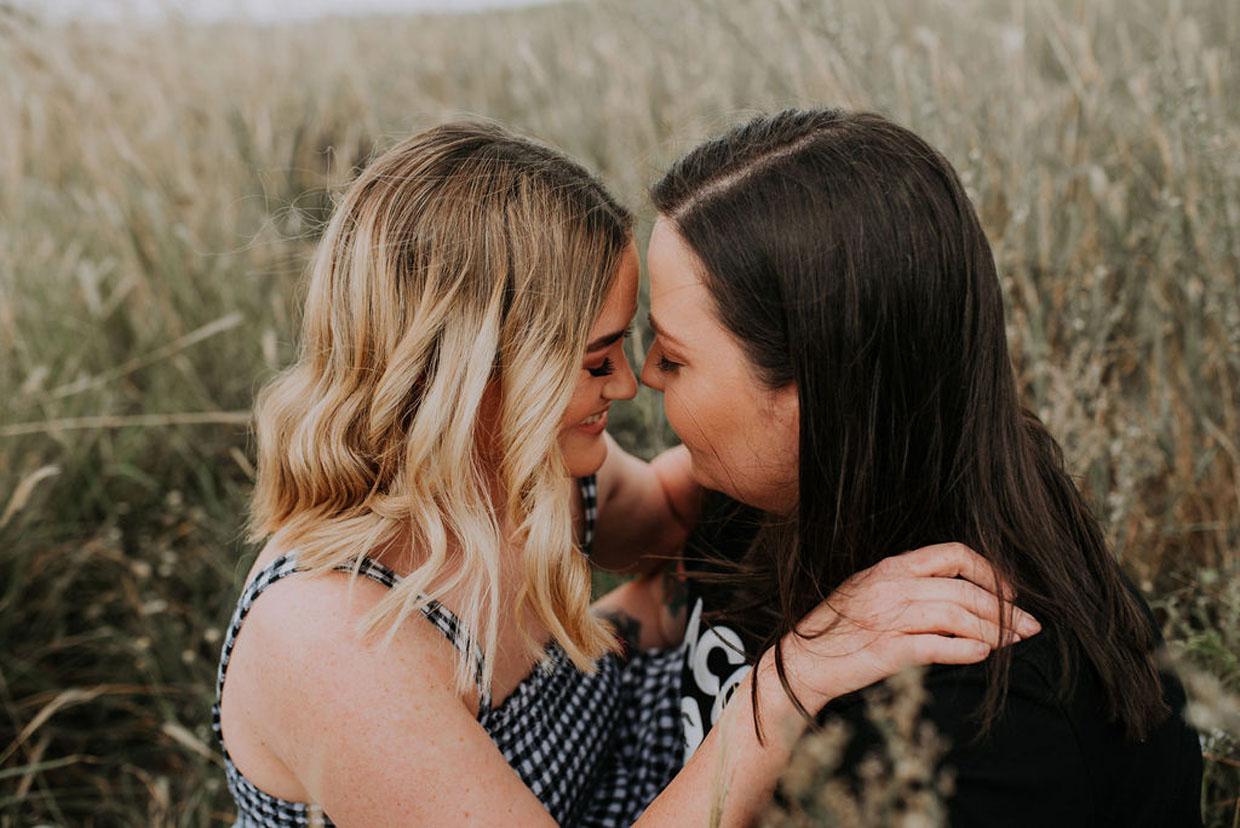 Duda & Megan – Cancelling a Wedding and Eloping in Death Valley

After a first date that immediately led to becoming inseparable, Shannon and Nat had two proposals. One at the beach, the other low-key at home.

On our first date, we hit it off. We spoke as we watched the sunset and went for a swim. Nat swam in her black jeans because she had forgotten her togs. Later that night, Nat was out with her friends, and I decided to meet her out. I waited in a 30-minute line just to see her. As I walked into the venue, Nat ran past and bumped into me like one of those rom-com movies.

We later shared our first kiss and spoke every day after that – we’ve been inseparable.

We were pretty the typical U-Haul lesbians.

Shannon– Nat had proposed to me first during a picnic and photos. I had planned to propose to Nat, but her ring hadn’t arrived in time. Finally, the day it arrived, she was so impatient and wanted it then and now.

So I proposed to her after finishing a late shift at work with Mcdonald’s at midnight. She said it was perfect because she is such a homebody.

Natalie– Shannon knew I already had the ring ready to go because we went and picked it together. She told me that it’d been the ring she’s wanted since she was sixteen.

Shannon planned the picnic and the photographer, so it really worked out in my favor. I had to covertly contact the people organizing it and let them know I was planning on proposing.

What led you to the destination of the proposal?

Shannon– I grew up with the beach being my safe space where I would go to rejuvenate, so I told Nat I would love to be proposed to at the beach. So I booked and organized a picnic with couple photos. Little did I know Nat had bigger plans with that.

Natalie– Through our entire relationship, Shannon’s always said that the beach is what feeds her soul. She loves the beach. Our first actual date was to a beach, so it was just natural for us to get engaged there.

Shannon– So stressful. We have been a bit too chill and have left a few things to the last minute. I had an unplanned surgery, which put wedding planning on the back burner. However, we are back planning now.

Natalie- Shannon’s the dreamer. She’s got the vision boards, the planner, etc. I just listen, agree and go along with what she wants.

How are you choosing your key vendors?

Our photographer was an easy pick, Dani took Nat’s sister’s wedding photos, and we absolutely fell in love with her work and how she captured people as their own natural selves. We are yet to book a florist! I know we are leaving it so late! We are looking at booking one next week as we speak. The cake vendor was easy because of my allergies; it left one person in the whole CQ region that could cater to my dietary needs.

Elise & Tanya – A Bold but Feminine Romance for the Ages

Duda & Megan – Cancelling a Wedding and Eloping in Death Valley