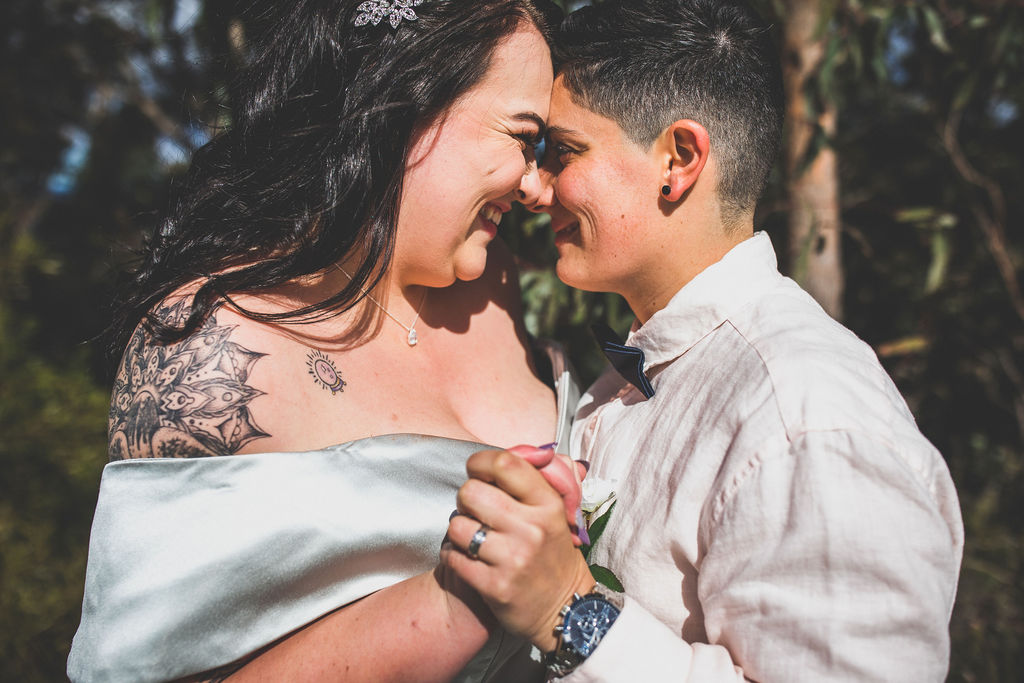 Stef planned to propose to Kadie on a two-person yacht charter. Stef spoke to her mum about it and then came up with the idea to do it on the next family day out, which also happened to be a boat cruise.

When the day came, Stef was super nervous and nearly fell into the water with the ring after a few too many strong drinks. Stef’s uncle kept bugging her to go for a swim, as he was unaware of what was happening. Stef got down on one knee and asked Kadie, “will you marry me?” and Kadie replied with, “are you f***ing serious?”

Stef asked again, and Kadie commented that we previously joked about it so much that she thought it was a joke. In the end, Kadie said yes, and everyone congratulated us, which followed with more drinks.

We were pretty lucky to secure The Fairmont as it was the second venue we visited. The Fairmont had everything we needed, and they are very family orientated. We are easy-going people, so we went for a relaxed and fun type of wedding. We had one rule when making decisions, the less stress, the better.

Kadie always wanted a dress and always wanted to look the part of a Disney princess. It was purchased online against the opinions of many people, but it was ordered months in advance. It was also silver, a non-traditional color. After ignoring others’ opinions and many alterations later, it turned out to be the dress of her dreams.

Stef chose to wear pants and a shirt, as that is what she feels more comfortable wearing. She wanted color, so navy pants and a soft peach linen shirt were the way to go.

Unlike tradition, we stayed together until about 7 am on the big day. Stef was nervous that her mum would not make it up there as the roads were still bad, some closed due to ice covering the roads. She said the wedding would not be going ahead until her mum got there.

Rachel, our celebrant, understood that we wanted a relaxed ceremony and was able to give us exactly what we wanted. We were her first official wedding since she became a registered celebrant, and we cannot fault her at all.

The remainder of the day was everything we hoped it could have been and so much more.

Alyce & Danielle – A Homestead Wedding in the Blue Mountains

Cherie & Kirsten – A Wedding In The Blue Mountains