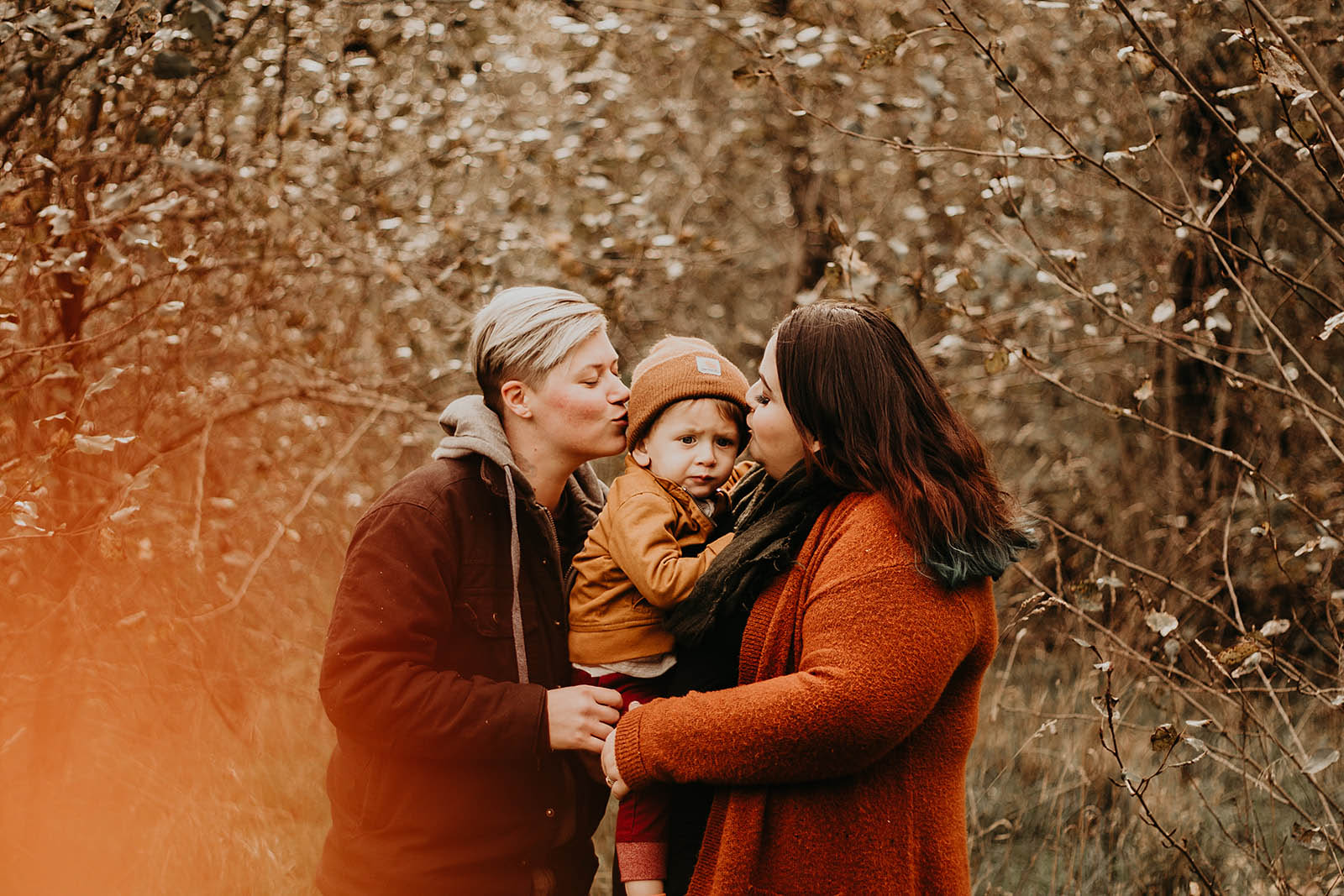 A List of Wedding Suits & Tuxedos for LGBTQ+ Women

Figuring out your sexuality isn’t ever an easy journey, and when you live in foster care and you’re afraid for your safety, it can feel impossible. For Kayla, it was a long journey of self-discovery, at one point she was married to a man, but wildly in love with a woman. This is her journey to finding happiness.

It was September of 2016- fall term had just started, and my last class on Monday was Leadership. This was a class that was required of any member of the Associated Student Government, which I was a part of.

Typically, this class was only filled with said ASG members, but in this particular term, that was not the case. I walked into that new classroom, recognizing my peers that I got to work with when my eyes shifted to the only seat available, which was next to someone with slicked-back hair and sporty clothes on. When she turned around to look at me as I approached the seat, I felt my heart drop right onto the floor, and time stop.

Convinced that everyone heard and saw it fall, I quickly shuffled to my seat beside her. The first thing that got me was that big, bright smile; next were her amber eyes, resembling those of a lioness.

I always felt at ease and safe near her. We bantered back and forth, ooh-ing and aah-ing at how many crazy things we had in common until the class had to interrupt us and begin. That was only the beginning.

I can’t pinpoint a date when I knew that my feeling for Megan were more, though I wish I could. I do remember noticing how much I would miss her when we were apart, how I wanted to be near her all of the time, and how my heart felt when she’d message me or smile at me.

We became close almost instantaneously and would create any excuse we could just to be in the company of the other person. I was in denial of my feelings for a while because I had a hard time believing that Megan could possibly have feelings for me, but also I was in denial because of how I grew up and the complexity of the situation [me freshly being in a straight-passing relationship with a man]. I was in foster care from about 11 to 18, and the home I was in for the majority of that time was very religious, and many homophobic comments were made. Even back then I was struggling with my sexuality but had to hide it and ignore it.

When rumors at my school spread that I was bisexual, and my guardians found out, they were furious and asked me if it was true; I had to lie to survive and avoid punishment. From then on, my sexuality would try to surface, and I’d stuff it deeper and deeper away; afraid of facing the truth. So when I began to fall for Megan (and HARD), my mind was at war with itself. On the one hand, this woman was everything I could ever hope for and want in a partner, and then on the other, I was absolutely terrified of coming out, and the thought of who I would lose in the process was scary to fathom.

On Christmas of 2016, Megan sent me a poem she wrote about me, and admitted her feelings for me, and my stomach was in knots. I was flattered, excited, surprised, and scared. A few days later, we met at our usual café hang spot, and talked about it all. I admitted my feelings for her, but that I didn’t think I was ready to be out, and felt conflicted because I also felt guilty about having these feelings while in a relationship.

Megan was flattered, excited, surprised, and sad. She, rightfully so, didn’t want to be the secret, and so we were stuck. We wanted so badly to be together, but it just felt so close but so out of reach.

After Megan and I had our deep conversation about us and our feelings, I gave it a lot of thought and was just about ready to break it off with the guy I was dating, when another wrench got thrown into it all: I found out I was pregnant. I had always wanted to be a mom, so I thought maybe this was some sort of sign that this was what I was supposed to do, what my life was supposed to look like.

Megan was devastated when I told her, because she wanted that to be her that I was having a child with. Once I told my boyfriend, and then his family, they were like, “well, you guys gotta get married!” and so we started planning.

I was thrilled to be pregnant and so excited to be a mom; it was something I dreamt about since I was little. During this time, I felt so confused. I was partially blinded by the excitement of a baby and a wedding, but also still wanting Megan around all the time. She began to slowly pull away, because it became too hard for her, which I understood and felt awful for. We would still hang out for hours on end, multiple times a week, and I still loved every moment we got to be together.

When we were apart, we were constantly texting one another. We would say that, above all, we cared deeply for one another and wanted to at least remain friends; we hated the thought of losing one another. But, I knew the end was coming.

And in June, after I got married, it did.

Megan stopped answering my messages, and we stopped hanging out, and just like that, we were strangers.

And then, my then-husband and I began having marital problems.

We tried several books, talking to others, to each other, and nothing seemed to fix it. I stopped caring, and I did not feel wanted. In the end, we were just not meant to be.

I don’t usually dream or remember my dreams, but I dreamt about Megan during this time. Everything reminded me of her, and I was so sad, and felt guilty for feeling all of these feelings again, while being married. I cried a lot, I would get angry, but that did not last long because I just missed her.

And then we slowly started talking again, and eventually hung out. By hangout #2, it was like no time had stopped. All of those feelings, memories, and everything flooded back, but in a more intense way. We talked again and admitted that we never really stopped loving one another. I eventually ended up coming out to my now-ex-husband and his family, moved out, and started my own life; this time, with Megan in it.

In the beginning, when I was going through the divorce and custody agreement, I was kind of a wreck, and I was super thankful for Megan in those times because I lost a lot of people in this whole process, and having her as a constant was super comforting. Since moving in together, and being able to be us, and together, I have felt so free and at peace. I am the happiest I have ever been, I feel safest in her arms, and she is who I want to wake up next to for the rest of my life, who I want to drink coffee with at 7:00 at night, to laugh with, and conquer the world beside.

She was immediately super good with my son, and they have developed such a precious relationship, and I love watching them play together.

When she asked me to marry her, I felt like I needed to be pinched, because all I ever wanted was to marry her, spent our lives together, and create our own legacy to pass down to our kids. And it is all happening before my eyes, it’s like a movie or book, and I still can’t sometimes believe, that this is my life. I am so blessed.

We both learned a lot in the time apart, and it made us stronger for one another. She says she’s the happiest she’s ever been, has never laughed so much in her life, and can’t wait for us to spend our lives together.

I cannot wait to marry her, to see her in that suit, to see that beautiful smile, getting to say “I do” to the woman of my dreams, having her take my last name, and partying it up with our closest friends and family. I look forward to raising my son with her and watching their relationship flourish. And, I look forward to being old and gray, laughing at everything, and being even more in love at our house by the beach.

I just look forward to life beside her, and all that entails- even the curveballs that will come our way. Together we will face it all. All while holding her hand.

This editorial originally featured in Dancing With Her Magazine: Volume Six

Gabbie & Kristy – Having the Chance to Propose to Each Other

A List of Wedding Suits & Tuxedos for LGBTQ+ Women